‘Elvis Presley: The Searcher’ is a beautiful way to rediscover the man who became King 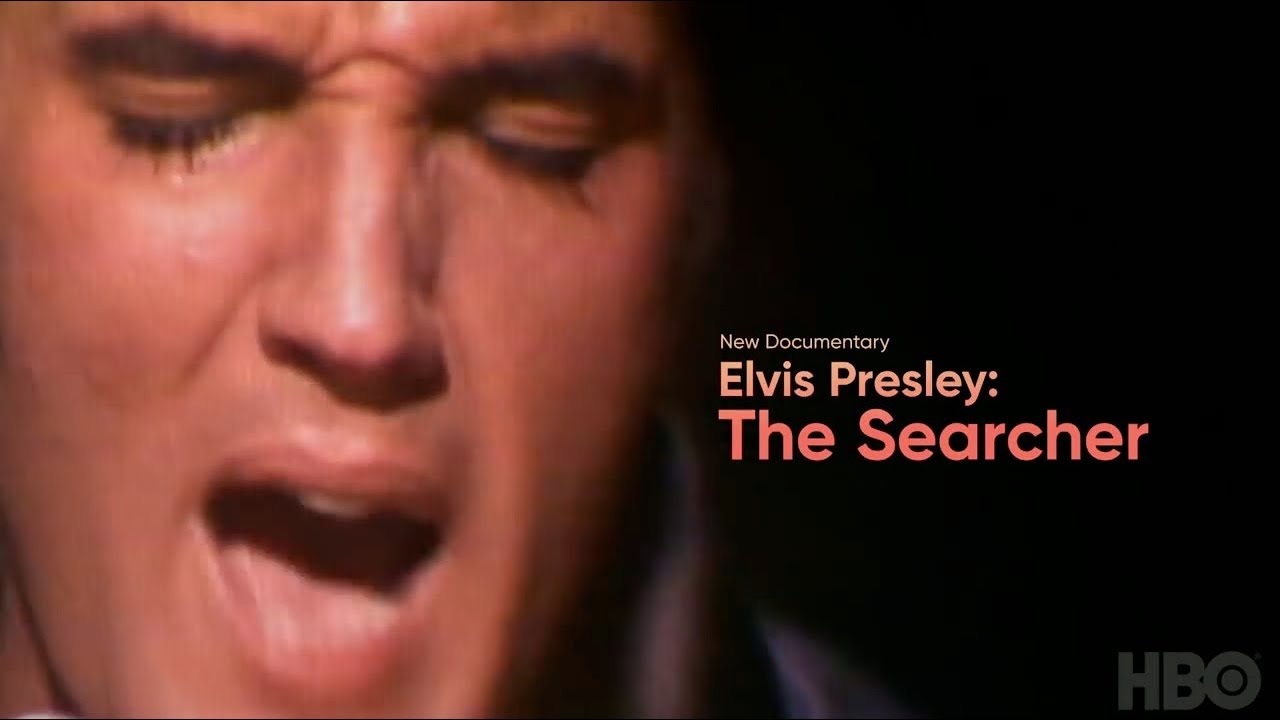 Here is Elvis, rehabbed at last and brought down from his lofty and lunatic afterlife as an icon, reminding us that he was once just a man.
Of course, he was never just any man, he was ELVIS — from birth, it seems. The surviving twin of a doting mother, raised up from the Depression dirt of Tupelo, Miss., and postwar slums of Memphis, opening his mouth in front of Sam Phillips’s microphone and seamlessly merging black and white American song traditions into a form that was new and everlasting. He was imbued with the holy spirit of gospel music and landed instead on something faddishly called rock-and-roll.
With a raft of producers that includes Priscilla Presley, director Thom Zimny’s insightful and stirring 3½ -hour HBO documentary, “Elvis Presley: The Searcher” (premiering Saturday), is a fine demonstration of how the passage of time can help place even the biggest and most overloved superstars into a blessed relief. The film is a calm and deeply empathetic recounting of Presley’s life, split in two. The first half takes us up to 1960 and his career-interrupting military service; the second half is, well, the rest of Elvis: movie star, obsessive workhorse, sweat-drenched showman, tragic figure.


A careful mélange of archival film and sonic clarity, “The Searcher” is a fine reassessment of Presley’s origins and impact. Its many sources, whether alive or dead (from Elvis himself to “Colonel” Tom Parker to writers such as Alan Light and Jon Landau and musicians such as Robbie Robertson and Emmylou Harris) are heard in interviews rather than seen by a camera, which helps maintain a serious focus.
Sound is far more important than celebrity here, and it’s plain that the people who helped produce “The Searcher” are fixed on the subject of artistry — the inspirations, the songs, the voice and the creative decisions that shaped the career. Serious scholarship also comes into play, even though the film is content to let the viewer decide how much of Elvis’s music is about absorption, as opposed to appropriation. His debts to African American music are accounted for, as are his contributions: “[Presley] pointed to black culture and said this is something that’s filled with the force of life,” says Bruce Springsteen. “If you want to be complete and fulfilled as a person, if you want to be an American, this is something that you need to pay attention to.”
“The Searcher” is a marvelous entry point for viewers who have only known Presley to be dead — as a statue or a postage stamp or a skydiving troupe of impersonators. It’s also a must-see for people whose exposure to his musical catalogue is limited to one or two hits, as well as those who still mentally cleave Presley’s story into thin and fat. (Although those periods still work for Zimny as a basic through-line.) It’s a film for anyone who has lost track of what circumstances made Presley a legend, as well as those circumstances that finished him off. Through the film’s epic span and fleetingly impressive moments of time-travel, it is almost possible to fall in love with him the way everybody else once did.
During a clip of Presley’s first TV performance on Tommy and Jimmy Dorsey’s “Stage Show,” Zimny slows the film speed and the song is replaced by a divine interlude. Suddenly we are hearing the words of the late Tom Petty, here from heaven to explain so perfectly what we are watching:
“His body picks up all the intricacies of the rhythm. It’s so lighthearted, but it’s so deep and meaningful at the same time,” Petty says. “It’s such a magical thing to see, because of the kinescopes — just the way it distorts the image. There’s some beautiful thing going down there. And it must have been really incredible to see it with no warning.”
To see it with no warning. It’s on this point that “Elvis Presley: The Searcher” soars, making it possible to view someone as recognizable as Presley fully anew, the way he must have appeared in American living rooms, where he caused such a fuss.
The only place “The Searcher” feels noticeably incomplete is when the end arrives, perhaps out of deference to Priscilla’s involvement (the couple divorced in 1973) or perhaps as a trade-off for access to a trove of archival material. Elvis’s death at age 42 in 1977 is seen more as a release from misery than a preventable excess, and there’s not one peep about his amazing and profitable afterlife as a dead icon.
The documentary also seems determined to settle old scores with Colonel Parker, who died in 1997 and whose management of Presley’s career is portrayed here as cruelly constrictive and creatively tragic, choosing for his client a path strewn with cornball movies and, in the final years, Las Vegas servitude. A suggestive theory sort of hangs there: Even the King was beholden to the man, but still he rises.
Elvis Presley: The Searcher (3 hours 30 minutes) premieres Saturday at 8 p.m. on HBO.
Posted by jtf at 5:06 AM