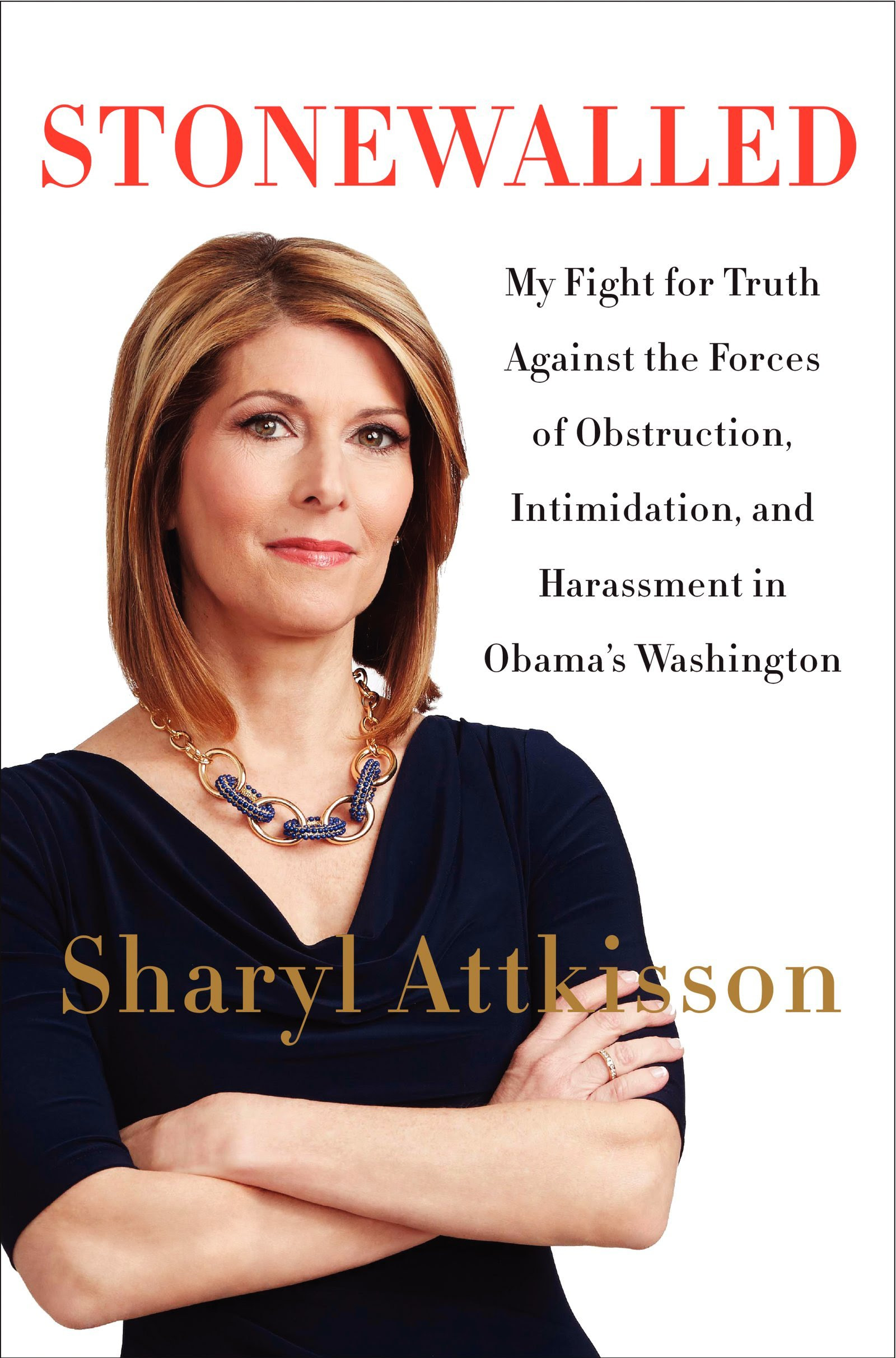 Reporter Sharyl Attkisson’s new book, “Stonewalled: My Fight For Truth Against the Forces of Obstruction, Intimidation, and Harassment in Obama’s Washington,” goes into detail about the insertion of viral monitoring software into her computer.  It’s a problem she has only spoken vaguely about in the past.  It turns out more than just her computer was compromised, as described in a lengthy summary by Erik Wemple at the Washington Post:

“[B]y November 2012,” she writes, “there are so many disruptions on my home phone line, I often can’t use it. I call home from my mobile phone and it rings on my end, but not at the house.” More devices on the fritz at Attkisson Central: “My television is misbehaving. It spontaneously jitters, mutes, and freeze-frames,” she writes, noting that the computers, TVs and phone all use Verizon’s FiOS service. At one point, “Jeff” inspects the back of Attkisson’s house and finds a “stray cable” attached to her FiOS box. That cable, he explains, could be used to download data.

Next big moment: Attkisson gets her computer checked out by someone identified as “Number One,” who’s described as a “confidential source inside the government.” A climactic meeting takes place at a McDonald’s outlet at which Attkisson and “Number One” “look around” for possibly suspicious things. Finding nothing, they talk. “First just let me say again I’m shocked. Flabbergasted. All of us are. This is outrageous. Worse than anything Nixon ever did. I wouldn’t have believed something like this could happen in the United States of America.” That’s all coming from “Number One.”

The breaches on Attkisson’s computer, says this source, are coming from a“sophisticated entity that used commercial, nonattributable spyware that’s proprietary to a government agency: either the CIA, FBI, the Defense Intelligence Agency, or the National Security Agency (NSA).” Attkisson learns from “Number One” that one intrusion was launched from the WiFi at a Ritz Carlton Hotel and the “intruders discovered my Skype account handle, stole the password, activated the audio, and made heavy use of it, presumably as a listening tool.”
To round out the revelations of “Number One,” he informs Attkisson that he’d found three classified documents deep inside her operating system, such that she’d never know they were even there. “Why? To frame me?” Attkisson asks in the book.

It’s hard to imagine how some random group of online goofballs could have gotten hold of three classified documents to plant deep inside Attkisson’s computer
A computer analyst hired by CBS News also found her computer had been tampered with, using techniques “far beyond the abilities of even the best non-government hackers.”  After Attkisson watched someone take control of her computer and wipe out data right before her eyes, she brought in yet another data security specialist, who found her system had been infected with “a backdoor link that leads to an ISP address for a government computer that can’t be accessed by the general public on the Web.”  The new security analyst told Attkission this link was “better evidence of the government being in your computer than the government had when it accused China of hacking into computers in the U.S.”
These shenanigans began while the White House was (literally) yelling at Attkisson for digging too deep into the Benghazi scandal, making this the sort of story she wouldn’t have to tell in her own book if she were allegedly under siege by a Republican administration.  This is movie-of-the-week stuff, and her colleagues in the mainstream media just yawned and let it slide, which is probably why she felt it best to keep her powder dry for a major book launch.  “This is chilling stuff,” writes Howard Kurtz at Fox News, noting that Attkission’s story is quite plausible in light of the Obama Administration’s previous actions against uppity reporters, and the curiously mannered soft denials emanating from officials:

There is the strong implication that an administration that spied on the Associated Press and Fox News correspondent James Rosen might have been involved. A Justice Department spokesman said in an earlier statement that “to our knowledge” the department “has never ‘compromised’ Ms. Attkisson’s computers” or tried to obtain information from any of her devices. A spokeswoman for CBS News said the network had no comment on the book.

I’m not sure the Justice Department would have been my first stop on the hunt for Attkission’s hackers, but their denial amounts to “as far as we know, nobody here did it?”
The degree of abuse the media has been willing to put up with from this Administration is astonishing, with only a few brief periods of unease after the most aggressive manhandling.  Even then, it’s only the most flagrant mistreatment of individual journalists that seems to get the collective dander of the press corps up; when they’re spun, manipulated, misinformed, and duped as a class by this White House, they scarcely consider the matter worthy of comment.  Sometimes the press gets shoved around over incredibly small details by a White House that seems neurotically obsessed with guaranteeing that not a single unflattering image of Barack Obama ever graces America’s television screens and newspapers, but often it’s much bigger than that… and yet, the press rarely seems to think its battles with Team Obama are something the public needs to know about.
The Washington Free Beacon relates some tough criticism from USA Today’s Washington bureau chief, Susan Page:

“This administration has been more restrictive and more challenging to the press, more dangerous to the press, really, than any administration in American history,” Page said. “In terms of legal investigations…and I think access to the White House has just gotten worse and worse.”
Page said the Obama administration’s bullying and intimidation of journalists has severe implications for the future of political journalism in the United States.
“I’m worried that whatever happens with this administration, that’s the new floor for the next administration,” Page said. “And that we’ll never regain access, ability to do reporting, ability to do our job unless we just constantly fight the battle.”
Former White House photographer Brooks Kraft said the press made some gains after pushing back against the Obama administration in December 2013.
“We said, ‘Hey, President Obama, at the beginning of your administration you said this was going to be the most transparent administration. This is not transparent,’” Kraft said. “‘It’s not transparent for you guys to provide the content.’”
Page noted that the very function of a free press is being threatened.
“We have a role in our democracy and we can’t do it if the president and his administration don’t recognize it,” Page said.

And yet, even now, the press isn’t saying all this to their readers.  Susan Page made these comments at a seminar for the White House Correspondents’ Association.  It’s all still inside-baseball shop talk.  We’re not getting a lot of “Obama Administration Most Dangerous to the Press in American History” headlines.  The “pushback” engaged in by the press in 2013 was a rather subdued affair, from the perspective of the viewing public.  It should have been an even bigger story because of Obama’s copious promises to run The Most Transparent Administration In History, but at this point, that phrase is only used as a sarcastic joke by conservative bloggers like Yours Truly.  The press is rarely interested in comparing Obama’s performance to his campaign promises… even when they pertain directly to the press.
So Media’s still trapped in her abusive “Fifty Shades of Grey” relationship with Obama, heaving a heavy sigh and donning a blindfold whenever he demands it of her.  She’s not going to make a big public spectacle about how he treats her.  The White House can still plant, and scuttle, stories with relative ease.  As Erik Wemple notes in anotherWashington Post column chronicling soft grumbles from journalists about how Obama treats them, print and television reporters even got stiff-armed by this White House when they tried to cover an obvious photo op, the President’s showy embrace of recovered Ebola nurse Nina Pham.  No good reason for this was ever given… and the media didn’t make a big deal about it to the public.
Here’s a bombshell story in which a veteran reporter accuses the Administration of hacking her computers, destroying her data, and setting her up to take the fall for a crime if she got too far out of hand.  Her story merits due diligence, of course, but she isn’t coming to the table without evidence.  She also speaks of increasing hostility from her superiors at CBS as she dug deeper into stories damaging to the Administration, which is pretty much the template for the Heroic Crusading Reporter narrative journalists have embraced for generations.  Shouldn’t this be a huge story – at least big enough to require the usual ritual excuse from Obama that he knew nothing about Sharyl Attkission’s travails until he read about them in the newspaper?
Posted by jtf at 5:44 AM