Sacrificing Military Women on the Altar of ‘Diversity’

Posted By Arnold Ahlert On September 6, 2013 @ 12:30 am In Daily Mailer,FrontPage | No Comments
http://frontpagemag.com 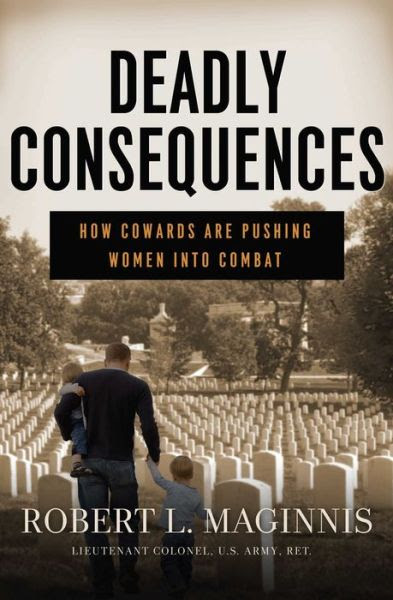 On June 5, 2013, the House Armed Services Committee (HASC) approved legislation to address sexual harassment in the military. Yet what HASC failed to address is the far more important and potentially devastating issue of the Obama administration’s determination to put women in direct ground combat. When the Center for Military Readiness (CMR) asked senior Republican staffers why the organization’s analysis, “Sound Policy for Women in Military,” was ignored, the center was told leaders feared being labeled “anti-woman.” In short, little political will exists to oppose Obama’s new policies, which will endanger women and military integrity — all for the sake of “diversity.”

Last January, outgoing Secretary of State Leon Panetta lifted the 1994 Combat Exclusion Rule that had prohibited women from serving in frontline combat units. This paved the way for women to join elite units such as the Army Rangers and Navy SEALs. It also does not merely lift restrictions on women’s integration in direct ground combat, but allows women to be assigned — or forced — into such situations. A compliance deadline was set for June 2016.
The need for increasing “inclusiveness” is belied by the reality that 88 percent of Navy jobs are open for women, as are 99 percent of jobs in the Air Force. And even though the goal is to open every job up to women, no matter how risky, the services were given the option of requesting an exception necessitating approval by the Secretary of Defense.

In the course of developing a timeline for total integration, the real and potentially devastating agenda behind this push was revealed. The services are developing new job-specific standards for combat units.

Those standards will be “gender neutral.”

Robert Maginnis, a retired Army lieutenant colonel and West Point graduate, cut through the political facade erected by those two words in his book, “Deadly Consequences: How Cowards Are Pushing Women into Combat.” In an interview with Time, Maginnis insisted that “Pentagon brass are kowtowing to their political masters and radical feminists to remove exemptions for women in ground combat in defiance of overwhelming scientific evidence and combat experience.” He completely dismissed the Obama administration’s contention that they won’t lower standards to accommodate women in combat roles. As evidence, he cites the “diversity metrics” outlined in the 2011 Report of the Military Leadership Diversity Commission.

Maginnis is spot on. The report is a paean to diversity, asserting that “respect for diversity should be made an explicit core value of DoD [Department of Defenses] and the Services.” Diversity necessitates “a fundamental shift in institutional.” Toward that end, “diversity leadership must be assessed throughout careers and made, in both DoD and the Senate, a criterion for nomination and confirmation to the 3- and 4-star ranks.” Furthermore, implementation requires “a deliberate strategy that ties the new diversity vision to desired outcomes via policies and metrics.”

According to Maginnis, those desired outcomes must lead to a lowering of standards, due to the reality that there has to be a minimum number of women in combat units in order for the policy to be deemed a success. He notes this can only be accomplished by “gender norming,” a euphemism for judging women by less demanding standards than their male counterparts.

The necessity for imposing diversity metrics/gender norming was revealed at a September 2011 briefing before the Defense Advisory Committee on Women in the Armed Services. A Marine colonel revealed the sobering statistics the diversity mavens are determined to ignore, noting that “on average, women have 47% lower lifting strength, 40% lower muscle strength, 20% lower aerobic capacity (important for endurance), and 26% slower road march speed.” He further noted that “both female attrition/injury rates during entry level training and discharge (break) rates were twice those of men, and non-deployability rates were three times higher.”

The CMR further reveals that 30 years of studies conducted by Great Britain and America, “have repeatedly confirmed physiological differences that would put women at a severe disadvantage in the combat arms,” and that there is no study they can find indicating training can overcome such differences. Thus, the study concludes that attempting to train women like men will either lead to a lowering of standards, or high attrition rate among female trainees.
Yet the most ominous part of the study noted that if women do make it into combat units, “it can be expected that commanders will shift tasks from women to men to avoid attrition from non-battle injury. It is a matter of speculation whether such task shifting is tolerable in actual combat. Given the non-battle injury rate of Army women in Operation Iraqi Freedom, increasing the presence of women below the brigade level may result in even greater losses.”

Such data, along with potential losses, are apparently irrelevant to those seeking to appease the radical left’s political agenda. What’s worse, reports indicate that Pentagon officials are well aware of the lowering of standards that will take place. Army Gen. Martin E. Dempsey, chairman of the Joint Chiefs of Staff, said to reporters last January: “If we do decide that a particular standard is so high that a woman couldn’t make it, the burden is now on the service to come back and explain to the secretary, ‘Why is it that high?’ ‘Does it really have to be that high?’ With the direct combat exclusion provision in place, we never had to have that conversation.”

Remarkably, the push for women in combat largely ignores how the overwhelming majority of women currently in the service feel about the idea. A survey done last month by the Military Times revealed that only 13 percent of women desire a combat job, 9 percent aren’t sure, and a whopping 77 percent do not want a combat job at all. Furthermore, one of the military’s main rationales for the program, that career advancement necessitates combat experience, is untrue. As the CMR notes, “data going back decades indicates that women have been promoted at rates equal to or faster than men.” CMR further notes that any data undermining the idea that women should be given career opportunities in the infantry “is simply being withheld from public view.” Moreover, the process to implement the administration’s plans to put women into direct combat is being deliberately stretched out to give Congress the false impression that the issue is being addressed objectively — when nothing could be further from the truth.

Maginnis envisions the ultimate downside of women in combat, based on the reality that “a return to the draft is far more likely than most people realize.” This is due to the “unsustainably high costs of an all-volunteer military” in a nation weighed down by $17 trillion of debt. “Lifting all combat exclusions for women virtually guarantees that the Supreme Court will declare male-only conscription unconstitutional,” he explains, further noting that the direct consequence of such a ruling will be women “drafted and forced into ground combat roles” (italics mine).

CMR president Elaine Donnelly cut to the essence of the issue. “Are we willing to stand by silently while the Obama Administration ruins our military?” she asks. “If we do, future generations will wonder where we were when the culture of the finest military in the world was systematically burdened with social experiments that the administration plans to extend into the combat arms.”

Those social experiments may be part of a far bigger agenda than the effort to put women in combat. If there is one institution in America that has remained largely resistant to the ever-increasing imposition of a progressive agenda, it is the military. In fact, it may be the last bastion of well-organized resistance to progressive hegemony. Yet with each new “experiment,” the warrior culture that ought to dominate the nation’s military is being systematically degraded to accommodate that agenda.

With regard to women in combat, it is an agenda destined to exact a price far greater than the nearly 150 military women who have died in Iraq and Afghanistan during the course of those wars. Yet for the Obama administration, higher numbers of dead and wounded women is a reasonable tradeoff. With all due respect to Gen. Dempsey, perhaps a conversation about that reality is far more important.