Why 'The Hobbit' isn't just for kids 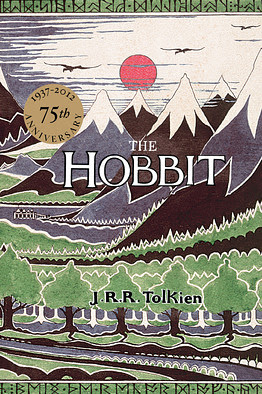 “The Hobbit” turns 75 today, an occasion likely to cause many thousands of people to reflect with fondness on their childhood memories of the adventures of Bilbo Baggins.
“The Hobbit” is a much loved and widely respected children’s book, but the work is too often overlooked by adults who relegate it to the nursery bookshelf and leave it for younger siblings or pack it away for the next generation. J.R.R. Tolkien was so successful at appealing to children through “The Hobbit” that it tends to remain locked into the category of “juvenile literature,” and even serious Tolkien fans sometimes neglect it when they grow up and move on to “The Lord of the Rings” and “The Silmarillion.”
Tolkien’s first published novel, however, is a much more artistically and intellectually sophisticated book than it often gets credit for, and it richly rewards adult re-reading.
Tolkien’s characters have a fascinating depth. Bilbo’s nature, in particular, presents a striking psychological study that steadfastly resists traditional cliches. Bilbo is a divided character who is caught between conflicting impulses: his love of comfort and safe, familiar surroundings and his latent desire for adventure, for the marvelous and unknown world that he has only encountered in stories. Tolkien associates these impulses with the two families he is related to, the staid Bagginses and the fabulous Tooks.
Bilbo’s Tookishness first rises up within him when he hears the dwarves sing their song of gold and dragons, and he soon finds himself unexpectedly volunteering to accompany the dwarves on their journey to recover their lost treasure. But Bilbo’s story is much more than just the development of an unlikely and reluctant hero. His Baggins side, which looks at times like mere parochialism and timidity, does not fade and disappear as he adjusts to the world of adventure. Instead, Tolkien maintains the balance of the two aspects of Bilbo’s character, showing how both together mature into courage and wisdom. Bilbo’s culminating act of heroism is not a bold rescue or the slaying of a monster, but his attempt to prevent a war between allies through an act of great self-sacrifice, and at the cost of being thought a traitor by his friends. It is an action which draws on the daring of his Took side and the wisdom and common sense of his Baggins side, both matured and augmenting each other.
One of the most consistently underappreciated elements of “The Hobbit” is Tolkien’s use of poetry and song throughout the book. Most readers skim over the poems or even skip them outright, but they miss out on some of Tolkien’s most thoughtful and compelling literary moments. The songs in “The Hobbit” are not merely verses embedded in the story; they are poems carefully designed to capture the voices and illustrate the attitudes of their singers.
The simple chant of the goblins when they first capture Bilbo and the dwarves, for instance, gives readers a stark insight into the goblin outlook on life in just the first few short lines: “Clap! Snap! the black crack! / Grip, grab! Pinch, nab!” The harsh, explosive consonants and the action-focused, verb-heavy monosyllables instantly immerse readers in the hard, violent world of the goblins, who take simple pleasure in acts of cruelty. The dwarves’ song in Bilbo’s kitchen, in which they cheerfully threaten to “Chip the glasses and crack the plates!” sounds similar, but reflects their comparative mildness and the domesticity of their (merely humorous) threats through the complexity of their phrasing and poetic lines. The Wood-elves also sing a monosyllabic song as they watch their barrels roll into the river, but their soft liquid consonants (“roll-roll-rolling down the hole!”) and their enjoyment of amusing sounds (“Heave ho! Splash plump!”) show that their simple pleasures are as innocent as the goblins’ are cruel. Tolkien’s poetry enriches and complements not only the plot of the story, but the development of his fictional world. 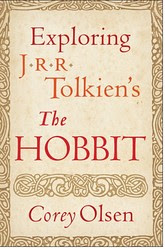 “The Hobbit” is a brilliantly constructed story unfolding themes that adult readers will still find compellingly relevant to the modern world: themes such as the nature of evil and the significance of human choice, or the corruptive power of greed and the ease with which good people can be drawn into destructive conflict. So this year, I would recommend celebrating “The Hobbit’s” 75th anniversary by dusting the book off and giving it a fresh read. I’m quite sure that if you do, you will discover much more than you remember finding there as a child.
Corey Olsen is an Assistant Professor of English at Washington College in Maryland and the president and founder of the Mythgard Institute, a new online teaching center for the study of Tolkien and other works of imaginative literature. His teaching website is The Tolkien Professor and his first book, “Exploring J.R.R. Tolkien’s The Hobbit,” was recently published by Houghton Mifflin Harcourt.
[This article has been modified from its original version.]
Related: Christopher Farley has more on Lunch Break.
Posted by jtf at 9:25 AM