You know, I had just been wondering what happened to Pat Condell, the British comedian and political commentator who gave give me and my knuckle-dragging, right-wing, politically incorrect friends such pleasure a few years back with his series of scathing videos excoriating the multiple human rights abuses of Islam, the totalitarian movement he now calls “the religion of permanent offense.” I hadn’t heard of him for a while, and over the last week or so, when Muslims attacked our consulate in Benghazi and brutalized then murdered Chris Stevens,  the U.S. ambassador to Libya, along with three other diplomats. I wondered, “Where’s Condell?” I wondered the same thing when, just last week,  riots broke out across the Middle East — embassies stormed, U.S. flags burned from Tunis to London — all because . . . why? Forget the case of Ambassador Stevens: even the rancid U.S. State Department now admits, sort of, that that was an al-Qaeda operation that had been planned for moths.  But what about the other protests? In the fall a young man’s fancy lightly turns to thoughts of violence? Not quite.   Of course, it was not the season that caused all this frenzied activity, arson, and murder.  No, it was a 13-minute amateur anti-Islamic film that was made by a Coptic Christian living in California.  And that, of course, was mere pretext.  The film had been aired months ago.  But only this month had the requisite number of Islamic wise men gotten together and decided it was time to mount an offense: time to get the crowds out on the streets, chanting, burning, bullying, murdering. Wot larks!
It’s often observed that Islam is an iconoclastic religion: they don’t like images of many things, especially of the prophet-in-chief, Abū al-Qāsim Muḥammad ibn ʿAbd Allāh ibn ʿAbd al-Muṭṭalib ibn Hāshim, i.e., Muhammad. We know this from, Oh, many sources, most recently because when some Danish cartoonists portrayed Muhammad satirically, partisans of the religion of peace embarked on one of their periodic orgies of destruction, mayhem, and murder. That little vacation from reality left about 200 people dead, but, hey, fun is fun.  Those cartoons have had a long shelf life. Just a few days ago, France closed its schools and embassies in 20 countries after a French magazine published some cartoons of Muhammad.  Weird, eh? A French magazine published a satirical cartoon of a medieval desert nomad and his 21st century followers rampage. Even more noteworthy, France closes French institutions in 20 countries. Had it been up to me, I would have closed the 20 countries, or withdrawn from them entirely. Want civilization?  Then get civilized. Otherwise, back to your camels, tents, and sand.
But I digress. The real purpose of this advisory was to express the hope that Barack Obama will make time for Pat Condell’s latest contribution to political sanity and the virtue of free speech, “A Word to Rioting Muslims,” which my friend Andrew Bostom just sent me. I don’t think we can expect Obama to sit through 2016, Dinesh D’Souza’s revelatory look at what the president has in store for you and me should he get reelected, or even The Hope and the Change, Stephen K. Bannon’s riveting group portrait of 40 Democrats and Independents who, having been suckered into voting for the messiah in 2008, have seen the scales fall from their eyes and are plumping for the opposition this time around. It’s only 5 minutes long, Barack: give peace a chance.
Video follows on next page. 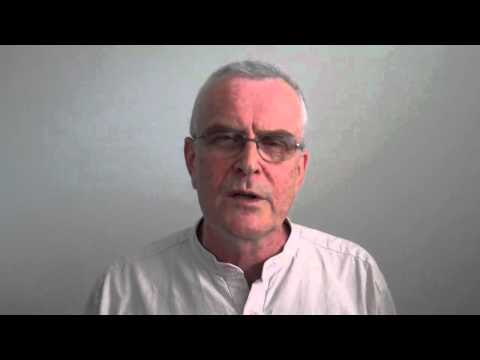