It is erroneous to think that humans cannot change the environment for good. 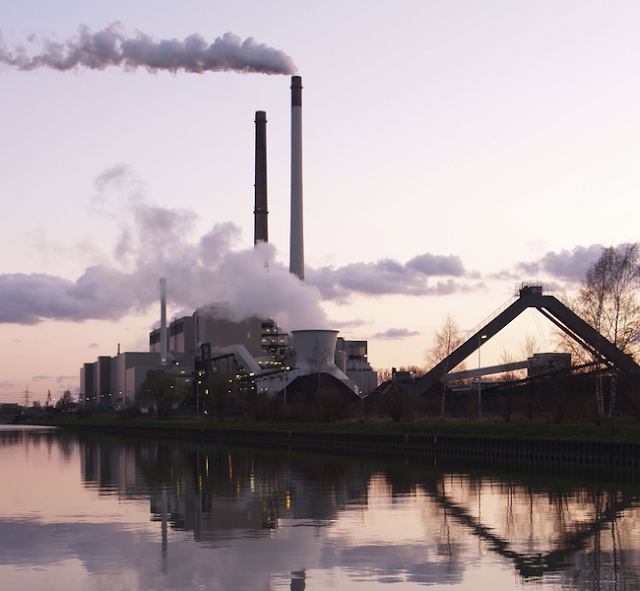 Last week, the Environmental Protection Agency (EPA) announced its intention to enforce regulations that would effectively ban new coal-fired power plants in the United States. As coal is by far America’s cheapest and most plentiful fossil fuel, and coal-fired power stations account for 45 percent of all electricity generated in the U.S., the destructive economic effects of this edict can hardly be overstated. It is therefore imperative to subject the EPA’s logic to a searching examination.

According to the EPA, despite their disastrous economic effects, regulations to prevent the U.S. from making use of its coal resources are necessary, because coal combustion produces carbon dioxide, which allegedly will cause global warming, which would allegedly be harmful to the Earth’s biosphere and human society. Others, wishing to avoid an environmentalist-created economic catastrophe, have challenged this argument’s first premise, to wit, that global warming is really occurring. Since there is no actual global temperature, but only an average of many different constantly changing local temperatures, this approach has led to convoluted debates revolving around data sets that can easily be based upon an unrepresentative mix of measurements.

This has left the EPA’s second premise — that global warming would be a harmful development — largely unchallenged. This is unfortunate, because while it is entirely possible that the earth may be warming — as it has done so many times in the past — there is no rational basis whatsoever to support the contention that carbon-dioxide-driven global warming would be on the whole harmful to life and civilization. Quite the contrary: All available evidence supports the contention that human CO2 emissions offer great benefits to the earth’s community of life.

Putting aside for the moment the question of whether human industrial CO2 emissions are having an effect on climate, it is quite clear that they are raising atmospheric CO2 levels. As a result, they are having a strong and markedly positive effect on plant growth worldwide. There is no doubt about this. NASA satellite observations taken from orbit since 1958 show that, concurrent with the 19 percent increase in atmospheric CO2 over the past half century, the rate of plant growth in the continental United States has increased by 14 percent. Studies done at Oak Ridge National Lab on forest trees have shown that increasing the carbon dioxide level 50 percent, to the 550 parts per million level projected to prevail at the end of the 21 century, will likely increase photosynthetic productivity by a further 24 percent. This is readily reproducible laboratory science. If CO2 levels are increased, the rate of plant growth will accelerate.

Now let us consider the question of warming: If it is occurring — and I believe it is, based not on disputable temperature measurements but on sea levels, which have risen two inches in two decades — is it a good thing or a bad thing? Answer: It is a very good thing. Global warming would increase the rate of evaporation from the oceans. This would increase rainfall worldwide. In addition, global warming would lengthen the growing season, thereby increasing still further the bounty of both agriculture and nature.

In other words, from any rational point of view, global warming would be a very good thing. By enriching the carbon-dioxide content of the atmosphere from its impoverished pre-industrial levels, human beings have increased the productivity of the entire biosphere — so much so that roughly one out of every seven living things on the planet owes its existence to the marvelous improvement in nature that humans have effected. Through our CO2 emissions we are making the earth a more fertile world.

There is no reason to fear a more clement climate. A thousand years ago, the world was significantly warmer than it is today. A thousand years ago, the snow line in the Rockies was a thousand feet higher than it is now, and Canadian forests flourished tens of kilometers farther north. A thousand years ago, oats and barley were grown in Iceland, wheat in Norway, hay in Greenland, and the vineyards of England produced fine wines as far north as York. These warm temperatures were no disaster. On the contrary, persisting through the twelfth century, they are believed by historians to have contributed materially to the significant growth of population and prosperity in Europe during the High Middle Ages (roughly the years 1000 to 1300).

If we wish to look at a longer span of the earth’s history, average global temperatures can be estimated by examining sea-floor material. Looking at the data, we see significant global cooling since the time of the Paleocene-Eocene Thermal Maximum (PETM), which occurred 55 million years ago. The atmosphere contained 2,000 parts per million carbon dioxide, more than five times the 380 parts per million that is does today. New species of plants evolved that were capable of using carbon dioxide more efficiently. The most important of these were the grasses, which, originating at the end of the Paleocene about 58 million years ago, drove temperatures sharply down. Things then stabilized in the Oligocene, until the mid-Miocene, about 15 million years ago, when additional types of grasses appeared. These more advanced grasses were much more efficient at carbon-dioxide utilization, and as they replaced their predecessors, they drove atmospheric carbon-dioxide levels below 300 parts per million for the first time in the earth’s history. In the process, they sent the planet’s climate plunging into a glacial age that has continued to the present day.

Twenty million years ago, vast regions of what are today frozen polar deserts in the Arctic and Antarctic were forests, inhabited by vibrant communities of animal life. Today these regions are close to dead, made uninhabitable by the failure of the wild biosphere to maintain sufficient levels of atmospheric CO2.

The fact that the earth’s atmospheric carbon-dioxide concentration was about 280 parts per million shortly before the industrial revolution implies that this value is close to the minimum acceptable equilibrium level for the modern biosphere. As human industrial activity pushes carbon-dioxide levels above this impoverished state, we increase plant productivity, causing the biosphere to push back like a spring, with the force of its push becoming ever stronger the further the system is displaced from equilibrium. The more fossil fuels we burn, the more carbon resources we make available for plant growth, and the more productive the biosphere becomes.

During the 1970s, the earth experienced a short-term cooling trend, and as a result many of the current cast of global-warming alarmists then predicted an icy doom unless human industrial and population expansion (which they blamed for the phenomenon) could be brought under strict control. This history has exposed them to some mockery, but in fact their previous stand was more to their credit. The global-cooling doomsayers of the 1970s may have been wrong, but at least they were yelling about something that, had it been real, would have been bad. Global cooling would indeed have been a disaster, leading to a drier, more sterile planet. Had the threat of another ice age actually been valid, a forceful government effort to avert such a catastrophe might well have been justified. But as the blame for global cooling could not be conclusively assigned to humanity, the case held little of enduring interest to humanity’s prosecutors.

In contrast, the role of humanity in raising global CO2 levels is relatively clear, and power allegedly needed to suppress it is enormous. The problem may be the direct opposite of what was previously alleged, but the solution is the same — more control. The fact that increased CO2 is constructive and highly beneficial to both mankind and the natural world is ignored.

This is deeply irrational. Indeed, consider for a moment what the situation would be if not only temperatures, but atmospheric CO2 levels, were to resume falling. That would truly be a cause for alarm, as it would imperil all life on earth.

But for those seeking the power to oppress humanity, any change in nature effected by humans, no matter how beneficial, is criminal by assumption. Thus all anthropogenic CO2 releases must be harmful to nature, by definition. Furthermore, since all human activity must, perforce, release CO2, all human existence partakes of crime against nature. Therefore nothing we can do is right, and controllers must be empowered to make sure we do as little as possible. Such is the case for the EPA.

— Robert Zubrin is president of Pioneer Astronautics, a member of the steering committee of Americans for Energy, and the author of Energy Victory. His next book, Merchants of Despair: Radical Environmentalists, Criminal Pseudo-Scientists, and the Fatal Cult of Antihumanism, has just been published by Encounter Books.
Posted by jtf at 9:46 AM