When even casual sex requires a state welfare program, you're pretty much done for. 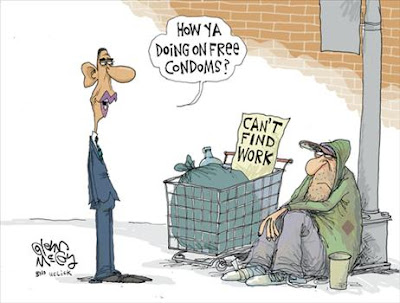 I'm writing this from Australia, so, if I'm not quite up to speed on recent events in the United States, bear with me – the telegraph updates are a bit slow here in the bush. As I understand it, Sandra Fluke is a young coed who attends Georgetown Law and recently testified before Congress.

Oh, wait, no. Update: It wasn't a congressional hearing; the Democrats just got it up to look like one, like summer stock, with Nancy Pelosi and Harry Reid doing the show right here in the barn and providing a cardboard set for the world premiere of "Miss Fluke Goes To Washington," with full supporting cast led by Chuck Schumer strolling in through the French windows in tennis whites and drawling, "Anyone for bull****?"
Oh, and the "young coed" turns out to be 30, which is what less-evolved cultures refer to as early middle age. She's a couple of years younger than Mozart was at the time he croaked but, if the Dems are to be believed, the plucky little Grade 24 schoolgirl has already made an even greater contribution to humanity.

She's had the courage to stand up in public and demand that someone else (and this is where one is obliged to tiptoe cautiously, lest offense is given to gallant defenders of the good name of American maidenhood such as the many prestigious soon-to-be-former sponsors of this column who've booked Bill Maher for their corporate retreat with his amusing "Sarah Palin is a c***" routine ...)

Where was I? Oh, yes. The brave middle-age schoolgirl had the courage to stand up in public and demand that someone else pay for her sex life.

Well, as noted above, she's attending Georgetown, a nominally Catholic seat of learning, so how expensive can that be? Alas, Georgetown is so nominally Catholic that the cost of her sex life runs to three grand – and, according to the star witness, 40 percent of female students "struggle financially" because of the heavy burden of maintaining a respectable level of pre-marital sex at a Jesuit institution.

As I said, I'm on the other side of the planet, so maybe I'm not getting this. But I'd say the core issue here is not religious liberty, which in these godless times the careless swing voter now understands as a code phrase meaning that uptight Republicans who can't get any action want to stop you getting any, too.

Nor is the core issue liberty in its more basic sense – although it would certainly surprise America's founders that their republic of limited government is now the first nation in the developed world to compel private employers to fully fund the sex lives of their employees.

Nor is it even the distinctively American wrinkle the Republic of Paperwork has given to governmentalized health care, under which the "right to privacy" the Supreme Court claimed to have discovered in Griswold vs. Connecticut and Roe vs. Wade will now lead to thousands and thousands of self-insuring employers keeping computer records of the morning-after pills and herpes medication racked up by Miss Jones on reception.

Nor is the issue that America has 30-year-old schoolkids – or even 30-year-old schoolkids who expect someone else to pick up the tab for their extracurricular activities, rather than doing a paper route and a bit of yard work to save up for their first IUD, as we did back in my day. After all, the human right to government-mandated free contraception is as American as apple pie and far healthier for you. In my most recent book, I quote one of Sandra Fluke's fellow geriatrics gamboling in the groves of academe and complaining to the Washington Post about the quality of free condoms therein:

"'If people get what they don't want, they are just going to trash them,' said T Squalls, 30, who attends the University of the District of Columbia. 'So why not spend a few extra dollars and get what people want?'"

All of us are born with the unalienable right to life, liberty and a lifetime supply of premium ribbed silky-smooth, ultrasensitive, spermicidal, lubricant condoms. No taxation without rubberization, as the Minutemen said. The shot heard round the world and all that.

Nor is the core issue that, whatever the merits of government contraception, America is the brokest nation in history – although the Fluke story is a useful reminder that the distinction between fiscal and social conservatism is generally false.

As almost all those fashionable split-the-difference fiscally conservative/socially liberal governors from George Pataki to California's pathetically terminated Terminator eventually discover, their social liberalism comes with a hell of a price tag. Ask the Greeks how easy it is for insolvent nations to wean the populace off unaffordable nanny-state lollipops: When even casual sex requires a state welfare program, you're pretty much done for.

No, the most basic issue here is not religious morality, individual liberty or fiscal responsibility. It's that a society in which middle-age children of privilege testify before the most powerful figures in the land to demand state-enforced funding for their sex lives at a time when their government owes more money than anyone has ever owed in the history of the planet is quite simply nuts.

As stark staring nuts as the court of Ranavalona, the deranged nymphomaniac queen of Madagascar at whose funeral the powder keg literally went up, killing dozens and burning down three royal palaces. Indeed, one is tempted to arrange an introduction between "T Squalls, 30," now 32 going on 33, and Sandra Fluke, 30 going on 31, like a skillfully negotiated betrothal between two royal houses in medieval Europe. The student prince would bring to the marriage his impressive fortune of a decade's worth of Trojan Magnums, while the Princess Leia would have a dowry of index-linked RU 486s settled upon her by HHS the Margravine of Sebelius. They would not be required to produce an heir.

Insane as this scenario is, the Democrat-media complex insists that everyone take it seriously. When it emerged the other day that Amanda Clayton, a 24-year-old Michigan million-dollar lottery winner, still receives $200 of food stamps every month, even the press and the bureaucrats were obliged to acknowledge the ridiculousness. Yet, the same people are determined that Sandra Fluke be treated with respect as a pioneering spokesperson for the rights of the horizontally challenged.

"Only a virtuous people are capable of freedom," wrote Benjamin Franklin in 1784. In the absence of religious virtue, sexual virtue and fiscal virtue, one might trust to the people's sense of sheer preposterousness to reject the official narrative of the Fluke charade. Yet even that is not to be permitted.

Full disclosure: I will be guest-hosting for Rush Limbaugh this Monday, so it would not be appropriate for me to comment here on Rush's intervention. But let me say this. Almost every matter of the moment boils down to the same story: the Left's urge to narrow the bounds of public discourse and insist that "conventional wisdom" unknown to the world the day before yesterday is now as unquestionable as the Laws of Physics. Nothing that Rush said is as weird or as degrading as what Sandra Fluke and the Obama administration are demanding. And any freeborn citizen should reserve the right to point that out as loudly and as often as possible.