Because Tolkien and Lewis Took A Walk After Dinner 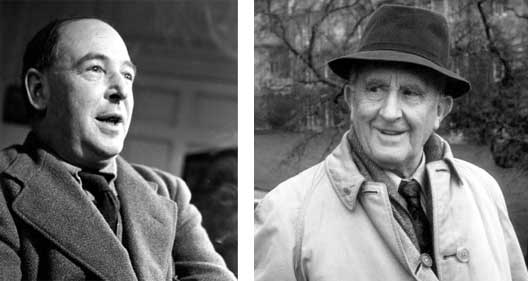 Below is a great video clip, courtesy of Kevin O’Brien’s Theater of the Word, Incorporated, that puts that statement to the test. Because we are called to spread the Good News in ways that appeal to all people.

This is why St. Paul said,

This is a scene that brings to life the after dinner discussion that Lewis had with Tolkien that Lewis recounts in his autobiography, Surprised By Joy. Essayist Andrea Monda sets the stage for us,

Although in 1929 Jack was already on his knees and had prayed to God desperately and reluctantly, it was Tolkien’s friendship that brought him to the encounter with Christ. On 19 September 1931, Jack and “Tollers” (as Tolkien was called by his closest friends), together with their common friend Hugo Dyson, were taking their usual after-dinner stroll in the grounds of Magdalen College and began discussing ancient myths and the Truth “hidden” in these legends.

This is O’Brien playing the character of Tolkien. If the Golden Rule is to be utilized when witnessing the Faith (and I would argue it is), then Tolkien followed it scrupulously. This video is 8 minutes and 46 seconds that you will want to watch again, and again.

Of course, no one proselytizes anyone really. The best we can hope to do is be a witness for Christ, like Tolkien was for Lewis. Because each person is called to seek God on their own. For as Our Lord promised,