The 'Low'-Down on Robert Duvall

The veteran actor discusses his new film 'Get Low', a folk tale about an eccentric recluse—and gets a little feisty about 'The Apostle.' 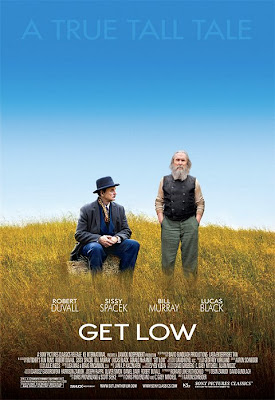 Ever wonder what people will say at your funeral? That's pretty much the premise of Get Low, a new film releasing this week and starring Robert Duvall as an eccentric recluse living in the hills—while all the townsfolk share wild (and mostly untrue) stories about him.

A Southern folk tale based in the 1930s—and based on a true story of a Tennessee man who lived at that time—the film features Duvall as Felix Bush, a loner who decides to hold a "living funeral" so he can hear what the people are really saying about him. It's a stellar film, with themes of forgiveness and redemption, and features a dazzling cast, including Oscar winners Duvall and Sissy Spacek and Oscar nominee Bill Murray.

Duvall, who will be 80 in January, tells CT that Get Low is one of his favorite movies that he's made. He compares the story with the Horton Foote-written films in which he's starred, including To Kill a Mockingbird and Tender Mercies (for which he won the Oscar for Best Actor).

Duvall, who likes to play flawed men because they bring more "drama" to the story, also talked about his role in 1997's The Apostle, a tale rife with moral complexity in which he plays a feisty Southern preacher in need of some anger management. The actor got a little feisty himself when we asked him whether that movie was subtly mocking Pentecostals and charismatics.

You have a history of playing flawed, complicated, broken men. What attracts you to these roles?

Well, they present themselves to me, and those characters make good drama. If people don't have conflicts, contradictions, and faults, then there is no drama there. My favorite part of all time was probably Gus McCrae in Lonesome Dove; I also played Josef Stalin in a TV movie. I also always try to find the vulnerable side and the positive side of the character.

Are you attracted to stories that depict faith and spiritual things?

I could be, but I don't go looking for something with a "message," so to speak. If it's there, it's there. When I did The Apostle, that was a personal kind of thing for me to do that.

You wrote, directed, acted in, and financed The Apostle. Why was it so important to you to make that movie?

Years ago [in the 1960s], I was in a little town in Hughes, Arkansas, to do some research on a play. I wandered out one night and I saw this little Pentecostal church, and a woman preacher. I said, "I gotta put this on film someday. I've never seen this." It was a part of Americana—spiritual but also a cultural thing. It took me years and years to get it done, all with my own money and everything.

You observed a lot of preachers while doing your research, didn't you?

All over America. And mostly in black churches. I love going to black churches, and I love some of these black preachers. The best preacher I ever saw in my life was a 93-year-old in a black church in Hamilton, Virginia. What a preacher! He'd make Mahatma Gandhi look like a Nazi. He was so spiritual, this man. A wonderful man. 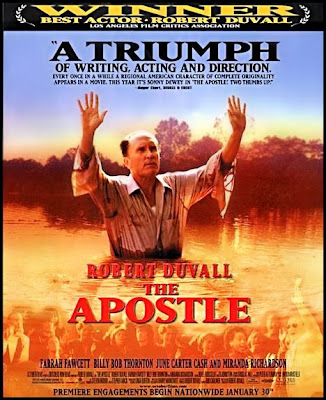 Oh, some Christians wished it had been a more positive portrayal of a preacher rather than a man with all these …

Let me straighten these people out. And you can put it in print. My guy [Rev. Euliss "Sonny" Dewey, the title character] killed a guy out of anger, right? But he wasn't one half as bad as King David in the Psalms, who sent a man off to be killed so he could be with his wife. Every time I read the Psalms I think of that. But on the other hand, I heard that Billy Graham liked the movie, and many, many preachers did. Rev. James Robison of Fort Worth said I could use anything from any of his services to put in the film. So I'm not mocking.

Why do you think Hollywood has a tendency to mock Christians and preachers?

Well, it's not just Christians. I mean, I'm a Christian. But they mock the interior of the United States of America, the heartland. They don't go out of their way to understand what's really there.

Let's talk about Get Low. I really enjoyed the movie. A fascinating character study. How would you describe the film to someone?

You can look at it from different angles. Some people see it as a love story, about a man who loved one woman his whole life. But there are other things about the movie that make it a very important movie. My wife (Luciana Pedraza, his spouse since 2004) says it's her favorite film that I've done in 15 years, since The Apostle. There are many wonderful things in it, but it's a love story with a lot of basic humanity in it too. It's kind of a southern folk tale, a fictionalized based-on-fact story of a man who had set up and gone to his own funeral.

How would you describe your character, Felix Bush, and do you have anything in common with him?

Well, I suppose I have something in common with him. He's very individualistic, [but] if he hadn't gone into this kind of isolation as a hermit, to do a certain kind of penance, I think he could have been a lawyer, a school teacher, a world traveler, a merchant marine—he could have been many things. I don't know if I am like him, but I could certainly identify with him.

Are you anything like him in regards to keeping to yourself and out of the public eye? You're not in the tabloids a lot …

Well, I can't live without a woman. I have to have a woman, have to have a wife. And Felix decided not to have that, for all those years. But it was a beautiful project to work on for a number of reasons, like the sense of humanity with Felix looking for personal redemption, looking to find peace with himself. It's a beautifully written story. 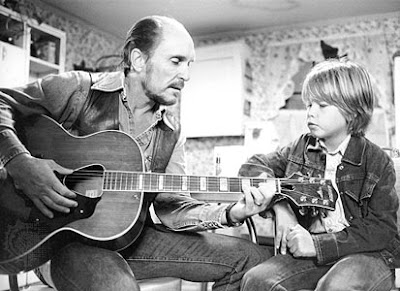 I hear the script reminded you of the great script writer—and your good friend—Horton Foote.

Yes. The writing and the movie is somewhat like Horton, the great playwright. I did several of his films—Tender Mercies, To Kill a Mockingbird and several others [The Chase, Tomorrow, and Convicts in film, and The Midnight Caller on stage]. Horton died last year at the age of 93, and still had wonderful plays off Broadway in recent years. He was one of our great playwrights who was great until his final years. I told him I was going do this movie, and I wish he could've seen it. But he passed away—and there's a story there. As I was giving the final speech to the whole crowd [in the film's penultimate scene], my wife's cell phone rings off camera—and it's a message from Horton's son-in-law that he had just died.

Yes. It was like full circle, like he was there or something. It was like we'd gone from To Kill a Mockingbird to that time, because I wanted him to see this movie because it is very much like his writing. So it was very ironic that it happened on that particular day as the camera rolled.

What's the best thing you learned from Horton Foote?

We had a good working relationship. I always said if I only had done his films, and the films of Francis Ford Coppola (The Godfather, The Godfather II, Apocalypse Now, The Rain People), I would have had a wonderful career. But I learned from Horton how to have friendship and still be able to work together, through thick and thin and still stay friends. How many friends do you have after 50 years? Not many.

I don't know. I always figure from the cradle to the grave, we all have our individual journeys, and maybe my journey was a positive one and I accomplished certain things without stepping on too many toes. I hope I left behind a legacy that people will enjoy. But whatever they want to say, I can't predict.

Do you ever plan to retire?

Not until they wipe the drool! No sir! Michael Caine told me, "You don't retire from the movie business; they retire you." So right now, if they can raise the money, there are several [upcoming film projects] that are as good as anything I've ever done.

Well, to play Don Quixote in a movie. I'm also looking at The Hatfields and the McCoys, which is a brilliant script, and one called A Night in Old Mexico. So there's three wonderful projects if we can get the money.

We've got less than a minute left. Any last words about Get Low that we didn't cover?

Yeah. Get Low is one of my favorite films in a long time and a wonderful character. "Get low"—I don't even know what that means. I guess it means to get low for Jesus before it's time. Keep above the ground before you go below the ground.

You'll probably get a different definition from the producers but that's kind of the way that I look at it. And it's a film that we're real proud of.

Well, I'm looking forward to letting our readers know about …

You tell your readers there is no way that I wanted to make fun of the Pentecostal people! If I had wanted to make them look like bad people, I could have, believe me.

OK, I'll do that! Thanks for your time.

Wow. Robert Duvall with a guitar. If anyone is ever going to portrait John Scofield. it Robert.