Brandon Flowers wants to be clear: He is not killing the Killers. The frontman for the Las Vegas band says his upcoming solo album, “Flamingo,” is just a side project, and the rest of the quartet is recharging its batteries after nearly eight years of nonstop touring.

“The band is absolutely fine with it. They wanted me to do ‘Flamingo,’ ” Flowers tells The Post. “They needed time off and I had these songs. I could have rested, too, but the way I’ve been writing lately, by the time we got together, I would have had 40 or 50 songs for the next album.” 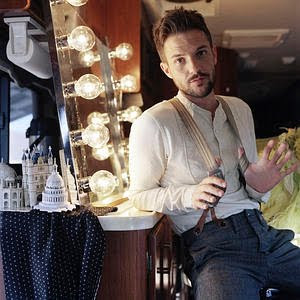 Although it’s only him, “Flamingo” could easily have passed for a Killers project, since it features the band’s signature blend of Americana, electro-pop, gospel and blues rock. Flowers performs at the Highline Ballroom on Thursday, in advance of the record’s Sept. 14 release.

Throughout “Flamingo,” Flowers, who is Mormon, compares the casinos of Sin City with the Kingdom of Heaven. On the opening track, “Welcome to Fabulous Las Vegas,” he sings “Give us your dreamers, your harlots and your sins . . . and remember the house always wins.”

Your hometown gets a pretty good thrashing on “Welcome.”

That song is me confronting Las Vegas, and there are a lot of great religious metaphors that came to fruition there. Las Vegas, from a moral point of view, is as bad as it’s ever been. When you’re on the Strip, you can’t take a step without seeing a card that has a naked woman on it with a number to call for her to come to your room. That what’s in my face when I go home.

Did you start writing songs with the intent to reflect so much of your faith?

It’s there, but I didn’t set out to do that, like I was on a mission to convert people. It’s just such a big part of my life — it oozed its way into the songs.

You can live anywhere. Why stay in Vegas?

Because it’s my home; I’m rooted there. I can’t imagine bringing my [two] boys up anywhere else . . . and as a writer the city provides an endless well to dip from.

You lost one of your biggest ties to home earlier this year when your mother died of brain cancer. How have you dealt with that?

My grief has affected me, and it’s probably in the music, but I’m so close to it all that I’m probably not the best judge. I can say my sadness has been lessened by the joy of fatherhood.

Have your kids changed your approach to music?

Definitely. I’m very careful about what I’m saying in songs because I know some day the boys will listen to them. I want them to hear the songs and know I am a positive person who wants to do good. I don’t want them to think I was just a guy trying to shock the world with sleazy songs trying to make money.
Posted by jtf at 5:32 AM