Vermont is for Lovers, Liberal Judges, Pedophiles and Stupid Parents

[Ok...admittedly, the article is not the most even-handed, sophisticated approach to the subject...but hell, I don't give a damn. Somebody needs to start going "Rambo" on these bastards...and I mean the new-wreaking-bloody-havoc version of Rambo...not the I'm-only-going-to-wound-you version from "First Blood" - jtf]
By Doug Giles
Saturday, July 05, 2008
http://www.townhall.com/
8
Doug Giles' Email Author Archive
Read Comments Post Comments 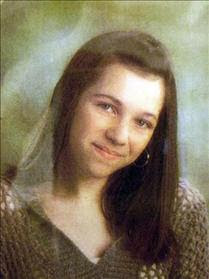 I would love to wake up one morning and hear on Fox & Friends that the cops found a wannabe child molester dead in the woods rather than the kid he was about to rape.
Is that too harsh?
Okay, how about finding the perv bleeding badly from an 8mm wide crack in his skull, with a punctured lung, a shattered knee cap, a penectomy performed with a shard of dirty glass as he teeters on the verge of death in a patch of poison ivy smack dab in the big middle of grizzly bear country?
How’s that?
I hope that suffices because that’s about as far as I’ll go down the road in being a liberal Christian when it comes to the plight of child rapists. My compassion begins and ends with the tiny, defenseless molested kid.
Sadly, a freshly dead or severely wounded pervert was not the story we all got crammed into our faces this week but rather another 85lb cute little girl, namely Brooke Bennett of Vermont, who was found in a shallow grave with the alleged culprits being her way-too-creepy uncle (who happened to have a kidnapping and rape prior) and her satanic ex-stepdad who was part of a local sex ring.
I’ve got a question: What kind of stupid parent would allow their dog, much less their daughter, to spend time around such tools?
Here’s a thought for all you couples or single parents baptized in stupidity who have young kids under your immediate care: How about not allowing your kid to hang out with a relative if said kin has been to prison for rape, child molestation, or kiddie porn, huh? It’s just a thought. Are you familiar with thinking?
Listen to me, moms and dads everywhere, if anything with a penis is involved in a sex ring, has been convicted of a sexual crime, or gives you that weird uncle NAMBLA vibe you might not want to invite them over for some KFC with the kids.
Given Vermont’s leniency toward the sickest bastards on the planet, if I were a parent of a girl living in the vapid state of Vermont, I not only would make sure Chester the Molester wouldn’t be allowed to drive my 12 year-old child to choir practice, but I would also make certain that my kid was a lethal weapon.
Yep, seeing that Vermont’s liberal legislative wussies wont pass Jessica’s Law and obviously seem to take pride in soft sentences for the most despicable amongst us, if I were a father of a daughter I would make certain that my kid would be the female equivalent of Bruce Lee.
Yes sir, not only would I not allow them around any uncle governed by the chimpanzee is his pants but I would also make certain that if my kids were going to live in a judicially jacked up place like Vermont then they must, from an early age, become ninjas comfortable with warning, defending, wounding and, if need be, killing anyone who sought to do them harm.
Does anyone have a problem with that?

The Detergent Church: Progress Through Resistance

As I said on my blog...drag both of those bastards around behind a truck until there isn't anything left but frayed rope.