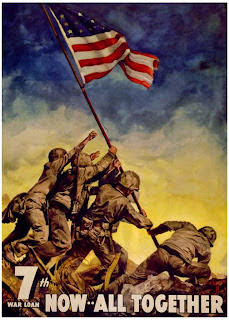 It is a mistake to think that war history is unimportant.

America as we know it might not exist were it not for the battles of Saratoga and Yorktown, Gettysburg, and Antietam. The world the United States shaped so decisively in the 20th century might have looked different were it not for Normandy and Midway.

Battles are so important to history that their names alone — Vienna, Waterloo, Stalingrad — can evoke the beginning or end of epochs and empires. Violent conflict is one of the most persistent characteristics of human history, and warfare features the interplay of strategy, weaponry, chance, logistics, emotion, and leadership. It is an occasion for folly and brutality, and — as we remember on Memorial Day — heroism and sacrifice.

It is for all these reasons that books and TV programming on warfare are so popular; their subject is both fascinating and important, history at its most consequential and dramatic. Nonetheless, military history has been all but banished from college campuses. In an article on this strange deficit in National Review, John J. Miller chalks it up to “an ossified tenure system, scholarly navel-gazing, and ideological hostility to all things military.”

History departments are dominated by a post-Vietnam generation of professors for whom bottom-up “social history” is paramount, and the only areas of interest are race, sex, and class. History focusing on great events and the “great men” central to them is retrograde — let alone military history that ipso facto smacks of militarism. Hence, the rout of military history in the academy that Miller catalogs. 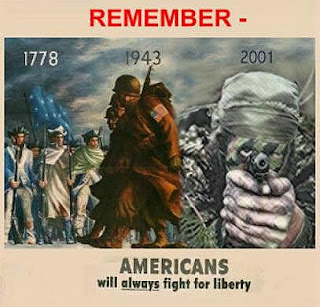 Edward Coffman, a former military historian at the University of Wisconsin, studied the 25 best history departments according to U.S. News & World Report rankings and found that a mere 21 professors out of more than 1,000 listed war as their specialty. A Notre Dame student complained recently: “We have more than 30 full-time history faculty members, but not one is a military historian. Even in their self-described interests, not a single professor lists ‘war’ of any era, although half list religious, gender and race relations.”

Even professors who supposedly specialize in military history do it through the prism of trendy academic obsessions. Miller notes a professor at West Virginia University who lists World War I as one of his “teaching fields,” but his latest work is on “the French hairdressing professions” and the “evolving practices and sensibilities of cleanliness in 20th century France.”

The gatekeepers of the profession practically proscribe traditional military history. John A. Lynn recently looked back at the past 30 years of the prestigious academic journal The American Historical Review. He found no articles on the conduct of World War II, the American Revolution, or the Napoleonic Wars. There were articles that discussed atrocities in the English Civil War and in the American Civil War and an article on World War I — on women soldiers in the Russian army.

That military history has been chased from the academic field is especially perverse given that, when the classes are offered, they are popular with students. And military history, as a discipline, is as vital as ever. Writing on the American Heritage’s website, Sarah Lawrence College professor Frederic Smoler argues that “the past 30 years have seen a brilliant expansion in the intellectual and methodological breadth of military history,” beginning with the publication of John Keegan’s 1976 classic The Face of Battle.

None of this is enough to overcome the deep intellectual bias against military history. New Republic contributing editor David A. Bell locates that bias deep in the social sciences: “The origin of these sciences lie in liberal, Enlightenment-era thinking that dismissed war as primitive, irrational and alien to modern civilization.” This represents a fundamental misapprehension of human nature and thus the nature of history.

Brave men always will be necessary to defend freedom, and what they have done deserves to be remembered, and studied.