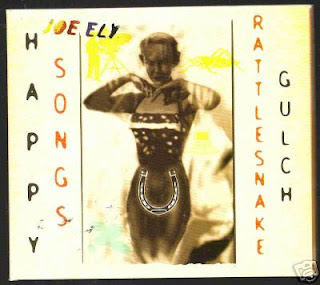 Although four years have passed since Joe Ely's last studio release, 2003's Streets of Sin – bracketed by 2000's Live at Antone's and '04's Hightone Records compilation Settle for Love – Austin's onetime train-hopping troubadour comes roaring back for his 60th birthday with Happy Songs From Rattlesnake Gulch. AARP will have to wait on the West Texan because there's no sign of easing up here, nor of Ely giving any less than his 1000%. The evidence lies in Rattlesnake Gulch's dynamic performances, conforming to what we've come to expect in the Lord of the Highway and Flatlander. From the post-Katrina ode "Baby Needs a New Pair of Shoes" to "River Fever," a love song to River City, Ely's songwriting is as hearty and varied as ever. The sole exception, "Miss Bonnie and Mister Clyde," is a forced rewrite of "Me and Billy the Kid," but the reinterpretation of Butch Hancock's "Firewater" into a horn-filled funkfest is inspired. You'd have to go to Ely's homestead just outside of town to see him weed out critters from the Rattlesnake Gulch behind his house with a shotgun, but barring that, these Happy Songs are all the shooting gallery necessary. 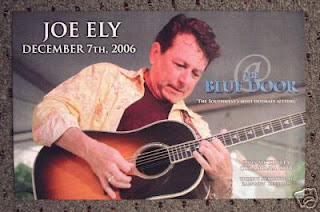 
A companion to his new book of road recollections and observations, 'Bonfire of Roadmaps,' Ely`s latest serves as a reminder just how fine a storyteller he is.

Whether it`s the tale of the common man ("Hard Luck Saint") or outlaws - "Miss Bonnie and Mister Clyde" is an update of his signature "Me and Billy the Kid" - Ely paints vivid pictures of his subjects and their situations. When on "July Blues" Ely sings that it`s "too hot for snakes, my cow won`t milk and my bulldog shakes/It`s flat tough to watch water go down the drain," the listener is right there with him in the summer heat.

Longtime collaborator Butch Hancock contributes the only non-Ely-penned tune to the album, "Firewater," which Ely easily makes his own. Ely, who turns 60 Feb. 9, is still relevant and at the top of his game. 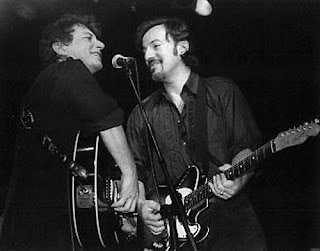 
Texas maverick Ely will never top his own Honky Tonk Masquerade (1978), a seminal album that defines the best of the Lone Star school of songwriting-and-swagger. But at 60, his quavering vocal remains as urgent, skittish, and distinctive as ever, and he's still a free-flowingly eclectic writer, as capable of a sweet, affecting Cajun love song ("Little Blossom") as an erotic and insinuating blues tune ("July Blues"). Happy Songs from Rattlesnake Gulch is a misleading title for this group of 10 originals and a lively cover of compatriot Butch Hancock's "Firewater," for most of Ely's protagonists carry an air of desperation, either hustling for love or money (the excellent "Jesse Justice," a tough-edged portrait of an itinerant pool shark), or gripping the windowsill of life with grimy fingertips. Too many of the songs here ultimately disappoint--"Miss Bonnie and Mr. Clyde," one of Ely's epic outlaw ballads, is as shot full of holes as the real-life bandits, and "Baby Needs a New Pair of Shoes," about the displaced victims of Katrina, fails to elicit either the outrage or the poignancy it seeks. But the hardest-working live entertainer in Texas always finds a way to charm his listener. "Sue Me Sue" wears out its refrain way too soon, yet in laying a "She's About a Mover" riff over some early Elvis rockabilly, the Lubbock Kid connects all the right musical--and emotional--dots. --Alanna Nash