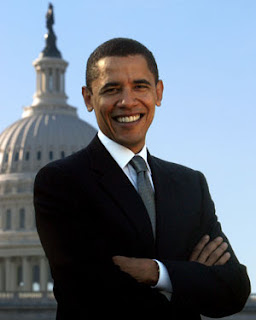 Only white guilt could explain the insanely hyperbolic descriptions of Obama's "eloquence." His speeches are a run-on string of embarrassing, sophomoric Hallmark bromides.


In announcing his candidacy last week, Obama confirmed that he believes in "the basic decency of the American people." And let the chips fall where they may!


Obama forthrightly decried "a smallness of our politics" – deftly slipping a sword into the sides of the smallness-in-politics advocates. (To his credit, he somehow avoided saying, "My fellow Americans, size does matter.")


He took a strong stand against the anti-hope crowd, saying: "There are those who don't believe in talking about hope." Take that, Hillary!


Most weirdly, he said: "I recognize there is a certain presumptuousness in this – a certain audacity – to this announcement."


Obama made his announcement surrounded by hundreds of adoring Democratic voters. And those were just the reporters. There were about 400 more reporters at Obama's announcement than Mitt Romney's, who, by the way, is more likely to be sworn in as our next president than B. Hussein Obama.


Obama has locked up the Hollywood money. Even Miss America has endorsed Obama. (John "Two Americas" Edwards is still hoping for the other Miss America to endorse him.) 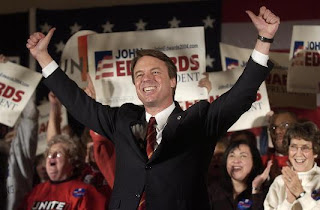 But Obama tells us he's brave for announcing that he's running for president. And if life gives you lemons, make lemonade!


I don't want to say that Obama didn't say anything in his announcement, but afterward, even Jesse Jackson was asking, "What did he say?" There was one refreshing aspect to Obama's announcement: It was nice to see a man call a press conference this week to announce something other than he was the father of Anna Nicole Smith's baby.


B. Hussein Obama's announcement also included this gem: "I know that I haven't spent a lot of time learning the ways of Washington. But I've been there long enough to know that the ways of Washington must change." As long as Obama insists on using Hallmark card greetings in his speeches, he could at least get Jesse Jackson to help him with the rhyming.


If Obama's biggest asset is his inexperience, then if by the slightest chance he were elected and were to run for a second term, he will have to claim he didn't learn anything the first four years.


There was also this inspirational nugget: "Each and every time, a new generation has risen up and done what's needed to be done. Today we are called once more, and it is time for our generation to answer that call." Is this guy running for president or trying to get people to switch to a new long-distance provider?


He said that "we learned to disagree without being disagreeable." (There goes Howard Dean's endorsement.) This was an improvement on the first draft, which read, "It's nice to be important, but it's more important to be nice."


This guy's like the ANWR of trite political aphorisms. There's no telling exactly how many he's sitting on, but it could be in the billions.


Obama's famed eloquence reminds me of a book of platitudes I read about once called "Life Lessons." The book contained such inspiring thoughts as:


I can't wait for Obama's inaugural address when he reveals that he loves long walks in the rain, sunsets and fresh-baked cookies shaped like puppies.


The guy I feel sorry for is Harold Ford. The former representative from Tennessee is also black, a Democrat, about the same age as Obama, and is every bit as attractive. The difference is, when he talks, you don't fantasize about plunging knitting needles into your ears to stop the gusher of meaningless platitudes. 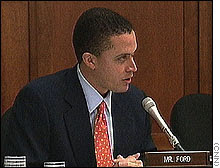 Ford ran as a Democrat in Republican Tennessee and almost won – and the press didn't knock out his opponent for him by unsealing sealed divorce records, as it did for B. Hussein Obama. Yet no one ever talks about Ford as the second coming of Cary Grant and Albert Einstein.