Dennis Prager: Capital Punishment - Another Argument For It 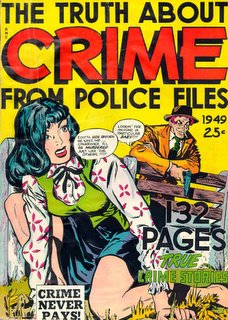 Over the years I have offered many arguments for capital punishment for murder:

1. It is a cosmic injustice to allow a murderer to keep his life.

2. Killing murderers is society's only way to teach how terrible murder is.

3. It can, if widely enacted, deter some murders. Though I regard this as a less important argument than the first two, there is no doubt that it is true. Everyone acknowledges that punishments can deter all other crimes — why wouldn't capital punishment deter some murders? Is murder the only crime unaffected by punishment?

The great thinker Ernest van den Haag brilliantly made the case for execution as deterrence: Imagine if a state announced that murders committed Mondays, Wednesdays and Fridays would be punishable by execution and murders committed the other days of the week would be punishable by imprisonment. Would murder rates remain the same as they are now on all the days of the week? I doubt it.

The most common objection opponents offer against capital punishment is that innocents may be executed.

My answer has always been that this is so rare (I do not know of a proved case of mistaken execution in America in the last 50 years) that society must be prepared to pay that terrible price. Why? Among other reasons, because more innocents will be killed by murderers who are not executed (in prison, or once released or if they escape) than will be killed by the state in erroneous executions.

So, yes, I acknowledge the possibility of an innocent being killed by the state because of a mistaken murder conviction. But we often have the tragedy of innocents dying because of a social policy. I support higher speed limits even when shown that they lead to more traffic fatalities. I support the right of people to drink alcohol even though the amount of violence directly emanating from alcohol consumption — from drunk drivers to spousal and child abuse — is so high.

In 1982, James Ealy was convicted of the strangulation murders of a family — including a mother and her two children. It took the jury just four hours to render the guilty verdict, and Ealy was sentenced to life in prison without the possibility of parole. However, his lawyers argued that the police had improperly obtained evidence, and an Illinois Appellate Court, whose justices acknowledged Ealy was guilty of the murders, vacated the ruling. But without that improperly obtained evidence, Ealy could not be retried successfully, and he was released from prison.

On Nov. 27, 2006, Ealy strangled to death Mary Hutchison, a 45-year-old manager of a Burger King in Lindenhurst, Ill.

That woman was killed because many Americans believe that it is better to let a murderer go free than to convict one with evidence improperly obtained.

Whether that position is right or wrong is not relevant here. What is relevant is this: The people who believe in this policy do so knowing that it will lead to the murder of innocent people like Mary Hutchison, just as I believe in capital punishment knowing that it might lead to the killing of an innocent person. So those who still wish to argue for keeping all murderers alive will need to argue something other than "an innocent may be killed." They already support a policy that ensures innocents will be killed.

JWR contributor Dennis Prager hosts a national daily radio show based in Los Angeles. He the author of, most recently,. Click here to comment on this column.

Every weekday JewishWorldReview.com publishes what many in in the media and Washington consider "must-reading". Sign up for the daily JWR update. It's free. Just click here.
Dennis' Archives
Posted by jtf at 12:22 PM