Ann Coulter: If Only Bin Laden Had a Stained Blue Dress

If you wonder why it took 50 years to get the truth about Joe McCarthy, consider the fanatical campaign of the Clinton acolytes to kill an ABC movie that relies on the 9/11 commission report, which whitewashed only 90 percent of Clinton's cowardice and incompetence in the face of terrorism, rather than 100 percent. 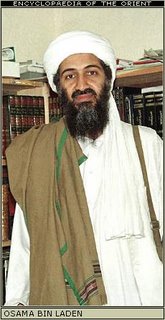 Islamic jihadists attacked America year after year throughout the Clinton administration. They did everything but blow up his proverbial "bridge to the 21st century." Every year but one, Clinton found an excuse not to fight back.

The first month Clinton was in office, Islamic terrorists with suspected links to al-Qaida and Saddam Hussein bombed the World Trade Center.

For the first time ever, a terrorist act against America was treated not as a matter of national security, but exclusively as a simple criminal offense. The individual bombers were tried in a criminal court. (The one plotter who got away fled to Iraq, that peaceful haven of kite-flying children until Bush invaded and turned it into a nation of dangerous lunatics.)

In 1995 and 1996, various branches of the Religion of Peace – al-Qaida, Hezbollah and the Iranian "Party of God" – staged car bomb attacks on American servicemen in Saudi Arabia, killing 24 members of our military in all. Each time, the Clinton administration came up with an excuse to do nothing.

Despite the Democrats' current claim that only the capture of Osama bin Laden will magically end terrorism forever, Clinton turned down Sudan's offer to hand us bin Laden in 1996. That year, Mohamed Atta proposed the 9/11 attack to bin Laden.

Clinton refused the handover of bin Laden because – he said in taped remarks on Feb. 15, 2002 – "(bin Laden) had committed no crime against America, so I did not bring him here because we had no basis on which to hold him." Luckily, after 9/11, we can get him on that trespassing charge.

Although Clinton made the criminal justice system the entire U.S. counterterrorism strategy, there was not even an indictment filed after the bombing of either Khobar Towers (1996) or the USS Cole (2000). Indictments were not filed until after Bush/Ashcroft came into office.

Only in 1998 did the Clinton-haters ("normal people") force Clinton into a military response.

Solely because of the Monica Lewinsky scandal, Clinton finally lobbed a few bombs in the general direction of Saddam Hussein and Osama bin Laden.

In August 1998, three days after Clinton admitted to the nation that he did in fact have "sex with that woman," he bombed Afghanistan and Sudan, doing about as much damage as another Clinton fusillade did to a blue Gap dress.

The day of Clinton's scheduled impeachment, Dec. 18, 1998, he bombed Iraq. This accomplished two things: 1) It delayed his impeachment for one day, and 2) it got a lot of Democrats on record about the monumental danger of Saddam Hussein and his weapons of mass destruction.

So don't tell me impeachment "distracted" Clinton from his aggressive pursuit of terrorists. He never would have bombed anyone if it weren't for the Clinton-haters.

As soon as Clinton was no longer "distracted" by impeachment, he went right back to doing nothing in response to terrorism. In October 2000, al-Qaida bombed the USS Cole, killing 17 sailors and nearly sinking the ship.

Clinton did nothing. This is only an abbreviated list of Clinton's surrender to Islamic savagery. For a president who supposedly stayed up all night "working" and hated vacations, Clinton sure spent a lot of time sitting around on his butt while America was being attacked.

According to Rich Miniter, author of "Losing Bin Laden," Clinton's top national security advisers made the following classic Democrat excuses for doing nothing in response to the Cole attack:

Attorney General Janet Reno "thought retaliation might violate international law and was therefore against it."

CIA Director George Tenet "wanted more definitive proof that bin Laden was behind the attack, although he personally thought he was."

Secretary of State Madeleine Albright "was concerned about the reaction of world opinion to a retaliation against Muslims and the impact it would have in the final days of the Clinton Middle East peace process." (How did that turn out, by the way? Big success, I take it? Everybody over there all friendly with one another?)

Secretary of Defense William Cohen "did not consider the Cole attack 'sufficient provocation' for a military retaliation."

Less than a year after Clinton's final capitulation to Islamic terrorists, they staged the largest terrorist attack in history on U.S. soil. The Sept. 11 attack, planning for which began in the '90s, followed eight months of President Bush – but eight years of Bill Clinton.

Clinton's own campaign adviser on Iraq, Laurie Mylroie, says Clinton and his advisers are "most culpable" for the intelligence failure that allowed 9/11 to happen.

Now, after five years of no terrorist attacks in America, Democrats are hoping we'll forget the consequences of the Democrat strategy of doing nothing in response to terrorism and abandon the Bush policies that have kept this nation safe since 9/11. But first, they need to rewrite history.

Ann Coulter is a bestselling author and syndicated columnist. Her most recent book is Godless: The Church of Liberalism.
Posted by jtf at 8:51 AM