WASHINGTON -- If Steven Spielberg had made a fictional movie about the psychological disintegration of a revenge assassin, that would have been fine. Instead, he decided to call this fiction "Munich'' and root it in a real historical event: the 1972 massacre by Palestinian terrorists of 11 Israeli athletes at the Munich Olympics. Once you've done that -- evoked the actual killing of innocents who but for Palestinian murderers would today be not much older than Spielberg himself -- you have an obligation to get the story right. 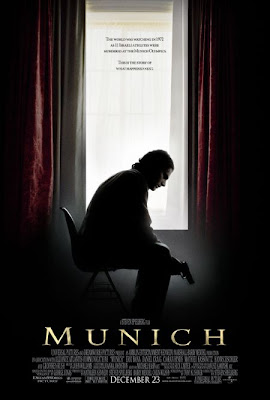 The only true part of the story is the few minutes spent on the actual massacre. The rest is invention, as Spielberg delicately puts it in the opening credits, "inspired by real events.''

By real events? Rubbish. Inspired by Tony Kushner's belief (he co-wrote the screenplay) that the founding of Israel was a "historical, moral, political calamity'' for the Jewish people.

It is an axiom of filmmaking that you can only care about a character you know. In "Munich,'' the Israeli athletes are not only theatrical but historical extras, stick figures. Spielberg dutifully gives us their names -- Spielberg's List -- and nothing more: no history, no context, no relationships, nothing. They are there to die.

The Palestinians who plan the massacre and are hunted down by Israel are given -- with the concision of the gifted cinematic craftsman -- texture, humanity, depth, history. The first Palestinian we meet is the erudite poet giving a public reading, then acting kindly toward his Italian shopkeeper -- before he is brutally shot in cold blood by the Jews.

Then there is the elderly PLO man who dotes on his 7-year-old daughter before being blown to bits. Not one of these plotters is ever shown plotting Munich, or any other atrocity for that matter. They are shown in the full flower of their humanity, savagely extinguished by the Jews.

But the most shocking Israeli brutality involves the Dutch prostitute -- apolitical, beautiful, pathetic -- shot to death, naked, of course, by the now half-crazed Israelis settling private business. The Israeli way, I suppose.

Even more egregious than the manipulation by character is the propaganda by dialogue. The Palestinian case is made forthrightly: the Jews stole our land and we're going to kill any Israeli we can to get it back. Those who are supposedly making the Israeli case say ... the same thing. The hero's mother, the pitiless committed Zionist, says: We needed the refuge. We seized it. Whatever it takes to secure it. Then she ticks off members of their family lost in the Holocaust.

Spielberg makes the Holocaust the engine of Zionism, and its justification. Which, of course, is the Palestinian narrative. Indeed, it is the classic narrative for anti-Zionists, most recently the president of Iran, who says that Israel should be wiped off the map. And why not? If Israel is nothing more than Europe's guilt trip for the Holocaust, then why should Muslims have to suffer a Jewish state in their midst?

It takes a Hollywood ignoramus to give flesh to the argument of a radical anti-Semitic Iranian. Jewish history did not begin with Kristallnacht. The first Zionist Congress occurred in 1897. The Jews fought for and received recognition for the right to establish a "Jewish national home in Palestine'' from Britain in 1917 and from the League of Nations in 1922, two decades before the Holocaust.

But the Jewish claim is far more ancient. Israel was their ancestral home, site of the first two Jewish Commonwealths for a thousand years -- long before Arabs, long before Islam, long before the Holocaust. The Roman destructions of 70 A.D and 135 A.D. extinguished Jewish independence but never the Jewish claim and vow to return to their home. The Jews' miraculous return 2,000 years later was tragic because others had settled in the land and had a legitimate competing claim. Which is why the Jews have for three generations offered to partition the house. The Arab response in every generation has been rejection, war and terror.

And Munich. Munich, the massacre, had only modest success in launching the Palestinian cause with the blood of 11 Jews. "Munich,'' the movie, has now made that success complete 33 years later. "Munich'' now enjoys high cinematic production values and the imprimatur of Steven Spielberg, no less, carrying the original terrorists' intended message to every theater in the world.

This is hardly surprising, considering that "Munich's'' case for the moral bankruptcy of the Israeli cause -- not just the campaign to assassinate Munich's planners but the entire enterprise of Israel itself -- is so thorough that the movie concludes with the lead Mossad assassin, seared by his experience, abandoning Israel forever. Where does the hero resettle? In the only true home for the Jew of conscience, sensitivity and authenticity: Brooklyn.