John Leo: Unrepentant Killers Are Nobel Candidates in Eyes of the Left 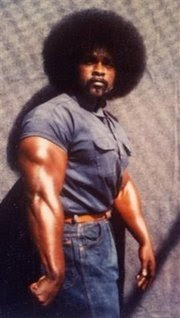 "Tookie" Williams, put to death by lethal injection last week in California, was a "legend" who underwent "a meaningful martyrdom that sent a lasting message to the world," according to old-time leftist Tom Hayden, formerly Mr. Jane Fonda.

"Meaningful martyrdom"? What can Hayden be talking about? Martyrs die for a cause. Williams died for executing four unarmed people during two 1979 robberies, shooting a woman in the face, and laughing uncontrollably at the gurgling sounds a male victim made as he died in agony.
Opposing the death penalty, of course, means speaking out even for people like Williams. Still, the campaign for him has been wretched excess. His book editor and friend Barbara Becnel compared him to Rosa Parks. She plans a massive funeral as well as a memorial to him in South Africa. Several people nominated him for a Nobel Peace Prize (anybody can nominate anybody, by the way.)

Because California governor Arnold Schwarzenegger denied clemency, Austrians took his name off the Arnold Schwarzenegger stadium near Graz, his hometown. A Christian political group suggested the stadium be named for Williams. In the United States, all the usual suspects have been whipping up support and sympathy for Williams, including Jesse Jackson, Joan Baez, Susan Sarandon and Snoop Dogg.

So much attention to the murderer, almost none for those he killed. So let's remember them here: Albert Owens, a veteran and father of two young girls, shot at a 7-Eleven; and three members of an Asian-American family who ran the Brookhaven Motel: Yen-I Yang, Tsai-Shai Yang and Yee-Chen Lin. In a rare bit of commentary, William John Hagan of Canada Free Press wrote: "The mainstream media has ignored the realities of the Williams case in order to promote an anti-death-penalty agenda. To present this mass murderer as a martyr is an insult to victims everywhere."

Hayden said Williams was "railroaded," another fantasy. In the Owens killing, two accomplices said he did the shooting. In the motel case, Williams was picked up 10 minutes after the shooting of the three members of the Yang family. Shotgun shells at the motel were traced to a shotgun William purchased in 1974. Williams was living with a couple who testified that he told them details of the three murders that only the killer would know. They gave police the shotgun and said Williams kept it under his bed.

One man said Williams had bragged about killing three people who lived on Vermont Street, the location of the motel. The witness later said his testimony was coerced, but a three-judge panel on the 9th Circuit Court of Appeals rejected that claim.

A fellow inmate at Los Angeles County Jail testified that Williams drew up an elaborate escape plan, which involved blowing up a van carrying prisoners from jail to court and killing guards and inmates. Handwritten notes by Williams, which featured his habit of using stars to dot his I's, corroborated the story of the plan. The fellow inmate also testified that Williams had admitted the motel murders.

Williams has been riding the death-row celebrity train for some time. Jamie Foxx made a TV movie about him, "Redemption," referring to his decision to write children's books warning against the gang life. But the death row killer who writes high-minded books to promote clemency is not a new phenomenon. In his column, Hagan discusses Williams' checkered career in prison, including two instances of throwing chemicals in the eyes of guards.

In denying clemency, Gov. Arnold Schwarzenegger pointed out that Williams had never apologized for the murders, or even admitted committing them. A farewell message from Williams contained the lyrics of "Strange Fruit," an anti-lynching song. So the unapologetic killer apparently had no clue about how he reached death row.

The media keep converting killers into celebrities deserving of our sympathy. Gary Gilmore, a Utah murderer, was the subject of an enormous book by Norman Mailer, and the ACLU furiously pursued his cause even after Gilmore said he wanted to die. Mailer turned the killer Jack Henry Abbott into a radical-chic celeb and a sought-after Manhattan dinner guest once Mailer and other prominent folk helped get him paroled. He grew suddenly less popular when he killed again, knifing a waiter to death.

Mumia Abu-Jamal, the convicted cop-killer, is a big name on the left, enlisted to speak on National Public Radio (at least until the protests got too loud) and invited to give major talks, including commencement addresses at two colleges. Now add Williams to the list: the Rosa Parks and Nobel candidate of unrepentant killers.

Copyright 2005 John Leo
Distributed by Universal Press Syndicate
Posted by jtf at 11:51 AM