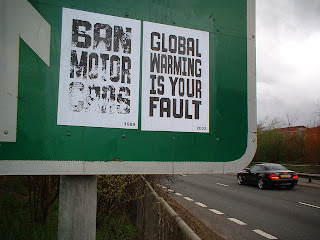 To paraphrase the ancient Greeks, it is easy to be moral in your sleep. Abstract ethics or soapbox lectures demanding superhuman perfection mean little without deeds.

Amnesty International, Human Rights Watch and other global humanitarian groups recently expressed criticism over the slated trial of the mass murderer Saddam Hussein. Such self-appointed auditors of moral excellence were worried that his legal representation was inadequate. Or perhaps they felt the court of the new Iraqi democracy was not quite up to the standards of wigged European judges in The Hague.

Relay those concerns to the nearly 1 million silent souls butchered by Saddam's dictatorship. Once they waited in vain for any such international human-rights organization to stop the murdering. None could or did.

Now these global watchdogs are barking about legalities — once Saddam is in shackles thanks solely to the American military (which, too, is often criticized by the same utopian-minded groups). The new Iraqi government is sanctioned by vote and attuned to global public opinion. Saddam Hussein was neither. So Amnesty International can safely chastise the former for supposed misdemeanors after it did little concrete about the real felonies of the latter.

We've seen many examples of this in-your-sleep moralizing. U.N. Secretary-General Kofi Annan pronounced from on high that the American effort to remove Saddam was "illegal" — this after moral paragons in the Security Council like China and France chose not to sanction the enforcement of their own resolutions.

Annan presided over a callous, scandalous oil-for-food program that starved millions with the connivance of international financial players, among them his own son. Again, it is easier to grandstand on television than curb illicit profits or be firm with a killer in the real world.

Europeans especially demand heaven on earth. The European Union is now pressuring the United States to turn over its exclusive control of the Internet, which it invented and developed, to the United Nations. So far the Americans, so unlike a Saudi Arabia or China, have not blocked users from Net access, and freely adjudicate the World Wide Web according to transparent protocols.

That would never be true of the United Nations. If Iran or Zimbabwe were to end up on the Human Rights Commission, then they would be equally qualified to oversee the computers of millions of Americans. The same European elites who nitpick the United States about its sober stewardship of the Internet would be absolutely impotent once a China or Syria began tampering with millions logging on.

We see still more in-your-sleep moralizing when it comes to the topic of global warming. The heating up of the planet — and the American rejection of the Kyoto Protocol that was supposed to arrest it — is a keen source of anti-Americanism, especially in Europe.

Of course, global warming is a real problem, especially in Arctic regions. China has become the second-largest emitter of greenhouse gases next to the U.S., accomplishing in 20 years what took us 100. Yet European governments will not say much to China — it holds too much Western debt and is a lucrative market. Plus, its generals sometimes crazily talk of sending off nuclear missiles or annexing Taiwan outright.

What do all these recent examples have in common? In the world of utopianism, we see that refined reason, not force, reigns. That may be admirable, but, unfortunately, abstract moralizing has little to do with a real world in which brutes abound.

So instead, to maintain the idealistic facade, sleepwalking moralizers chastise those who listen and are civilized — but see nothing, hear nothing and speak nothing about those in the moral abyss. Not so long ago, they argued in Brussels over the next EU resolution condemning violence in the Balkans, while Milosevic butchered another 10,000.

Then there is the psychological element. When one is fearful and impotent, reassurance is found in processes, resolutions and lectures, both here and abroad — anything to find conviction that one is at least doing something when in reality doing nothing. So one can scream about a mythical flushed Quran in Guantanamo while silently shrugging that another 50,000 were killed by Islamic fanatics in Darfur.

Americans are easy targets of Kofi Annan, Amnesty International and Europeans. Our military in the shadows alone protects Westernized civilization, which makes these groups' existence both possible and sustainable. Private jets, international finance and global commerce — the world of the United Nations diplomat, concerned corporate CEO or international celebrity activist — is a product also of the U.S.-sponsored military-commercial-industrial system. Everyone from Mick Jagger and Bono to Michael Moore and Madonna partake in, and are enriched by, it. But such dependency and familiarity with the solicitous parent America apparently can breed contempt.

So Americans increasingly tune out the U.N., Amnesty International and other once-respected bodies like the Nobel Prize Committee. That's unfortunate, given the noble charters of these groups. But for all these agencies' moralizing, they increasingly prove quite immoral themselves

Victor Davis Hanson is a classicist and historian at the Hoover Institution, Stanford University.
Posted by jtf at 8:40 AM