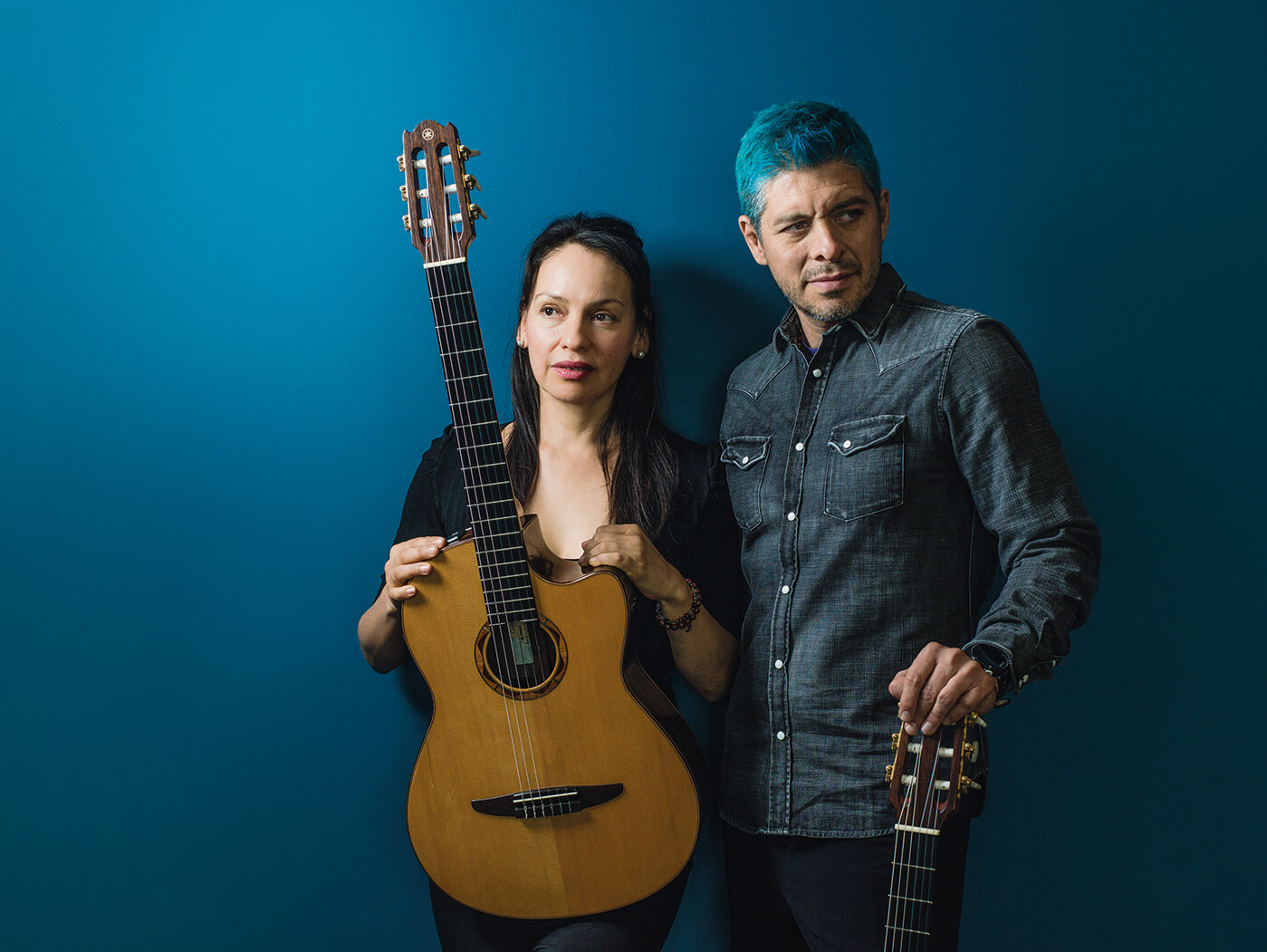 Gabriela Quintero describes the acoustic guitar as the universal instrument. It’s portable, doesn’t need to be plugged in and you can play any style of music on it.
“You can be a singer-songwriter, or you can play jazz, classical, Spanish classical, country music, blues, Mexican. There are so many possibilities,” says the guitarist who, along with her musical partner Rodrigo Sanchez, forms the fast-rising guitar duo of Rodrigo Y Gabriela. Their uncompromising acoustic stylings have accomplished the unlikely feat of selling out some of the world’s most legendary venues, including Colorado’s Red Rocks Amphitheatre, The Hollywood Bowl and London’s Royal Albert Hall. They make their Ottawa debut Friday at Bluesfest.
Compared to the metal onslaught of their first band together, a pair of acoustic guitars is also “easy on the ears for everybody,” she adds. “If we want to play on the streets or in restaurants, we know that a lot of people, including our own families, are not super fans of the metal sound, with the distortion and all that. Luckily we love all music so it wasn’t hard to switch.”
The former romantic couple, now friends, shifted from electric to acoustic more than 20 years ago, after meeting as teenagers at an art house in Mexico City and spending their early years going to metal shows and playing in a hard-rocking band. Disillusioned by the band’s ambition to be rich and famous, and stymied by the lack of record-company interest, they left the group.
“We decided to quit the band but not the guitar,” Quintero says. “So we changed the electric for two acoustic guitars. We had our own vision of success at that time, and we decided that success was going to be travelling the world to keep playing and keep learning music. So we did that.”
They headed for Europe and ended up spending a year in Ireland, which turned into a fruitful period of artistic development. They shared a small apartment with an Irish couple, practised guitar together every day and busked on the streets to make a bit of money. Covers of hard-rock nuggets like Enter Sandman and Stairway to Heaven kept the spare change coming.
Along the way, Quintero began to develop her unusual percussive style, adapting the bodhrán technique to guitar to create a distinct rhythm. “We saw a lot of this Irish traditional music playing and we saw people playing the bodhrán, an Irish drum. I started to practise the movement and play it on guitar, and it sounded like we had beats.”
In Dublin, one person who stopped to watch them play on the street was singer-songwriter Damien Rice, who had yet to release his breakthrough solo debut. They became friends and when they crossed paths again, Rice was about to release his album, O, and invited the pair to open for him at an industry gig. That night, they met Niall Muckian, who is still their manager.
Over the years, they’ve released five albums, selling more than 1.5 million units in all, and performed at some of the world’s biggest festivals. Their music has been part of the soundtracks to Puss in Boots and Pirates of the Caribbean: On Stranger Tides, and they’ve appeared on several American talk shows. They also performed at a reception for the President of Mexico hosted by former U.S. president Barack Obama.
The latest news in a still-growing career is the release of their fifth album, Mattavolution. The main goal, says Quintera, was to avoid repeating themselves. “It was a bit of a struggle for three years,” she reveals. “Then one day, something unlocked and we started to get momentum, and new melodies started coming in. If you listen carefully, they’re like songs.”
The new music reflects their view of the world, which is informed by their interest in Buddhism and regular meditation. “We both meditate. It’s been a very helpful tool for us on the road. It’s easier and cheaper than drinking or pills,” Quintero says.
“The whole album is conscious of the world, and our vision that it can hold a compassionate human society. The compassion starts with one person, but it’s also an inclusive concept that includes compassion for animals and the natural world, and all other living beings. Just be the best version of yourself and that way we can change the world.”
lsaxberg@postmedia.com
Related:

https://www.irishtimes.com/culture/music/rodrigo-y-gabriela-they-ve-come-a-long-way-since-busking-on-grafton-street-1.2264019
Posted by jtf at 6:13 AM