He Sang One for the Ages


Frank Sinatra recorded the definitive version of the sorrowful saloon song 'One for My Baby (and One More for the Road)' in 1958. 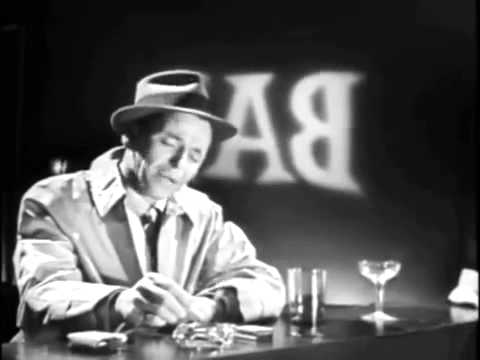 One of the premier popular music recordings resulted in no small part from the failed romances of two musical figures: lyricist Johnny Mercer and singer Frank Sinatra. Both also loved their liquor, this song's sub-theme.

It's quarter to three,

There's no one in the place except you and me,

"One for My Baby (and One More for the Road)" was written by Mercer and composer Harold Arlen. From dissimilar backgrounds, they shared a deep devotion to jazz and blues, and became each other's best-matched collaborator.

Mercer boasted a remarkable grasp of American vernacular language. He was something of a musical polymath-lyricist, singer, record company executive (co-founder of Capitol Records) and talent scout. He was also unhappily married while in love with young Judy Garland, who became a muse for some of his most resplendent lyrics - "I Remember You" and "Skylark." When she broke off the relationship, he was devastated and evidently channeled his grief into "One for My Baby", written for a largely forgotten 1943 film, "The Sky's the Limit".

Arlen wrote the music first - with a winding chromatic melody, a change of key, and an uncommon length of 58 bars instead of the usual 32. Mercer fit his lyrics to the tune impeccably, creating a dramatic monologue that's a masterpiece of urban loneliness and loss. The singer tells the bartender about "a little story / I think you should know", but - in Mercer's clever lyric - holds back and never reveals his tale. Yet his emptiness and despair rouse our compassion. Who can't identify with an unhappy end to a relationship?

Jazz singers and instrumentalists have recorded the song more than 250 times, making it a standard of the repertory. Pop singers as diverse as Marlene Dietrich, Chuck Berry, Marvin Gaye, Iggy Pop and Bono have performed it, too.

Emotional credibility and tempo are key to interpreting this song. Singers have recorded it at many different tempos, ranging from a languid 63 beats per minute to a frisky 141 bpm. Sinatra first recorded it in 1947, at a moderate 84 bpm. In the 1954 film "Young at Heart", he slowed it to 76 bpm. On his third try, in 1958, he decelerated further to 63 bpm and gave the song its definitive rendition - the final track on his capstone album "Frank Sinatra Sings for Only the Lonely", released in September 1958. It's the darkest record he ever made, with such torch songs as "Blues in the Night"and "Good-Bye", and two songs set in bars - Sinatra called them "saloon songs - "Angel Eyes" and "One for My Baby". Last month, Capitol Records issued a remastered "Only the Lonely" in multiple formats.

At the time he recorded the album, Sinatra was still reeling from his on-and-off, then failed, relationship with the glamorous Ava Gardner, the greatest love of his life. Throughout this album, he conveys a sense of loss and aloneness from intense personal experience.

In Sinatra's 1958 "One for My Baby", five elements come together - lyrics, music, singer, accompanist and orchestra - to produce a classic of American music. His slower tempo makes a huge difference, allowing the singer to milk the story for all its melancholy emotion. He brilliantly uses the element of time in another way, personalizing the written rhythms to insert pauses and hesitations, all in the service of drama and emotion.

Sinatra's rendition presents not just a song and story, but also a vivid scene. Indeed, in TV and stage performances, which can be found online and in DVDs, he smokes a cigarette while looking forlornly at Joe the bartender, or stabs his fingers in the air to drunkenly punctuate his sorrowful lines.

Whether in audio, on screen, or in person, Sinatra was the supreme musical actor of his time. Sinatra vivifies, inhabits, and lives the lyrics. Duke Ellington called his singing "the ultimate in theater". Sinatra's convincing, conversational delivery; his personal, instantly identifiable sound; and the impression that he was singing directly to you - all these enabled him to connect strongly with his listeners.

When he recorded "One for My Baby" for the last time - in his "Duets" album of 1993, his penultimate year of studio recording - the singer sounds years beyond his best voice, but his life experience has deepened his feeling for this song. As he stretches out the final line - "that long, that long, man it's long, it's a long long long road" - you hear a catch and a near-break in his voice. You can't help but share his pain.


- Mr. Haas is curator emeritus of American music at the Smithsonian Institution. His books include "Beyond Category: The Life and Genius of Duke Ellington" (Da Capo) and "Discover Jazz" (Pearson).