When I read Robert Spencer's new masterpiece, The History of Jihad: From Muhammad to ISIS, it was as though George Orwell had summed up Robert Spencer and uttered his famous words: "In a time of universal deceit, telling the truth is a revolutionary act."

Before starting to tell you about this unique documentary book about the history of jihad, I must tell you I have firsthand experience with this ideology.  I confess, there are not many people able to put this into words so accurately and so eloquently and so easy to read and understand as does Robert Spencer.  In the history of jihad, from cradle to grave, Spencer has outlined – irrespective of what the term in "Islam" may mean – the facts on the ground and conclusively demonstrated Islam's violent nature from its very beginnings.  No need for us to go back to the time of Muhammad and re-examine the historical records; Spencer has already done it and provided us with many anecdotal insights.

It is true: Islam has been imposing its oppressive, intolerant, and deathly dogma without let-up.  This archaic, primitive belief of over 1,400 years' duration has been and continues to be at war with valiant people the world over who refuse to bend their necks to its yoke.  What Spencer has done is turn on the lights brightly for all to see.

Spencer is one the most erudite American authors who understands Islam, perhaps better than 90% of Muslims around the world.  He has constantly faced the vilest of attacks from both liberals and Muslims for simply telling the truth.  I'll add a footnote here: "When one hears the truth, one can only be silent or join the cause."

There are few Islamic scholars out there who are able to write such convoluted subject matter with such clarity.  The History of Jihad: From Muhammad to ISIS clarifies how it happened, why it happened, and what the civilized world should do in order to survive this ongoing jihad.  Spencer gets to the root of jihad and beautifully explains why and how a jihadist surrenders totally to the religion of surrender in exchange for blanket security.

In The History of Jihad, Spencer delves into why the great majority of jihadists emanate from the ranks of those born into the religion of Islam, and why they are the ones who are most thoroughly indoctrinated and influenced by Islamic dogma in their most receptive early years.  He also has perfectly detailed the earlier Islamic wars and conquests, including the prophet Muhammad's participation.  This book clearly explains that Islam is tantamount to violence.  Violence is the lifeblood of Islam, and it has been ever since the time of Muhammad in Medina, by Muhammad's own edict and conduct. 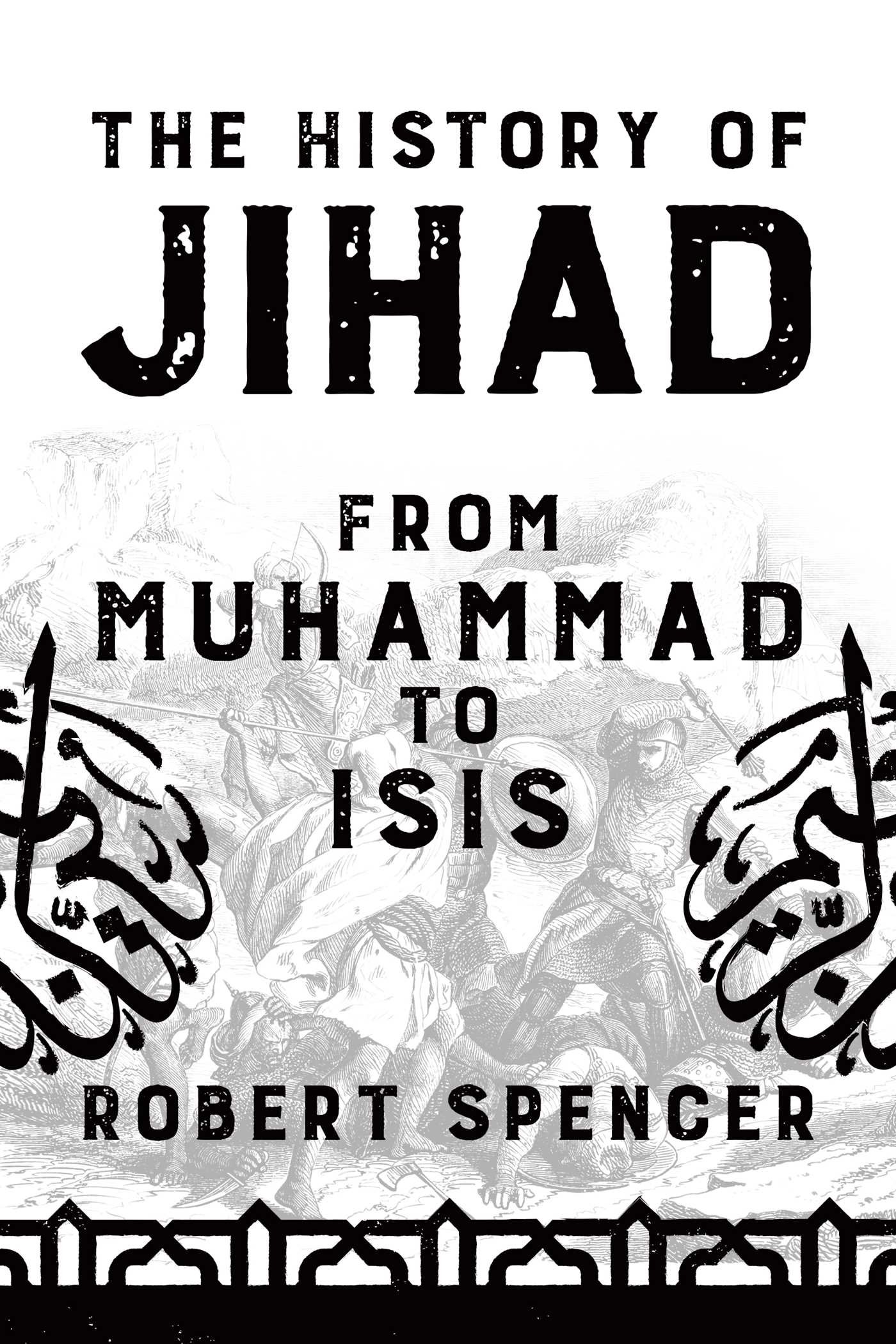 The History of Jihad is a one-of-a-kind book that discusses how Islamic jihad took over country by country and started forced conversion.  It discusses the Jews, Christians, and Zoroastrians (who have almost been eradicated), as well as the Hindus and others.  The prophet Muhammad, during his Mecca years, was ridiculed for his confused sayings by his own tribe of Quraysh.  He was called "shaeron majnoon" – crazed poet.

The death of his first wife and wealthy employer Khadija left Muhammad even more vulnerable to the ridicule and harassment of the Meccans.  He fled from Mecca to Medina and, in the relative safety of that city, with a large tolerant Jewish community, Muhammad found more people willing to join his clique.

Once in Medina, Muhammad hit on a most powerful formula for success.  He justified everything by claiming that Allah wanted it this way.  And Allah was nothing to trifle with.  He held the key to the most magnificent paradise, as well as to a dreadful Hell.  The duty of every good Muslim became unquestioning obedience to everything that Muhammad said and wished.  Muhammad became Allah's gatekeeper to paradise and Hell.

Muhammad's formula worked magic with the Bedouins of Arabia, who thrived on robbery and killing.  His religion spread like a pandemic in no time at all, via jihad against the infidel.

Notably, as Muhammad gathered more and more followers, he turned on the Jewish community of Medina, killed the men, plundered their belongings, and captured their women and children as slaves.  That was the birth of "jihad."  Be meek and deceptive first, until you gather enough power, then unsheathe the sword.  It worked then and it is working today.

In no time at all, the barbarians of Arabia, fascinated by the win-win promise of Muhammad – you kill, you get the booty from your victims in this world (you get killed, and your abode will be the unimaginably glorious sensuous paradise of Allah), sword in hand, sallied forth to lands near and far.


I highly recommend this book for everyone who wants to know the history of Islam and its conquests through jihad.  Order two or more, and send one to your elected representative.  You owe it to your yourself, your children and your country.