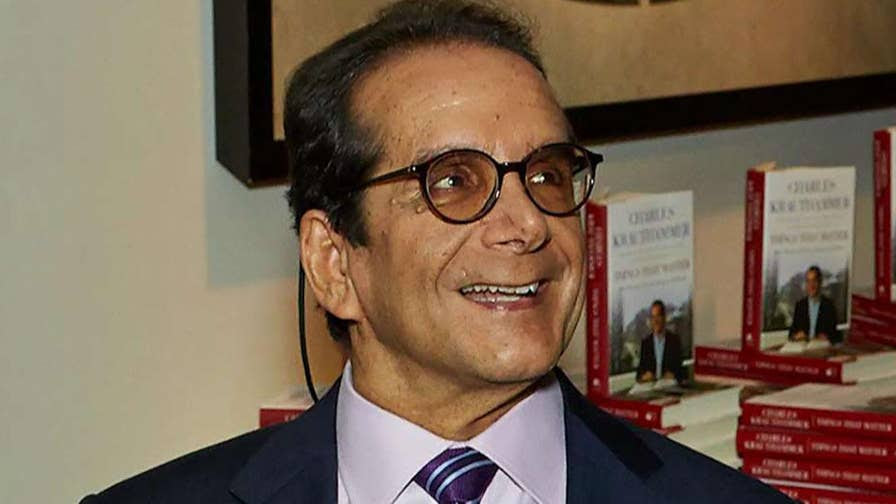 When you call someone the greatest at anything, you risk being accused of foolishness or worse; but it's safe to say that Charles Krauthammer, who passed away Thursday, was the greatest political commentator of our time.

I write this not just because he won the Pulitzer for commentary as a conservative, a near Herculean task.  And I say this even though I sometimes  disagreed with him, especially lately. Whom do we not disagree with at one time or another -- even ourselves?

I write this because Krauthammer was the gold standard of columnists, the most incisive mind in political journalism augmented by the most elegant and precise prose. For much of his life, no one was even close.  In recent years, others have stepped forward as Charles had, as happens after many years in the limelight, more difficulty wrapping his mind around contemporary events.  But as we now know, he was desperately ill.

That he was ill most of his life made many of us underestimate how serious it was despite Charles' own warnings of his demise, because his personal bravery was legendary.  He was a profile in courage if anyone was, having overcome that diving accident that made him a paraplegic days before entering Harvard Medical School.  And then, to everyone's amazement, continuing on and graduating at the top of his class, only to abjure the psychiatric career for which he was training.

With characteristic wit, he called himself a psychiatrist in "remission."  That was a remission that benefited the mental health of the country as, first as a liberal with The New Republic, he entered the journalistic world.  But his keen analytical mind wouldn't allow him to remain an orthodox liberal for long.  He was among the first to recognize there was actual political depth behind Ronald Reagan's affable California facade and wrote (for Time magazine in 1985 -- imagine that today) "The Reagan Doctrine," coining a phrase that lasted. From there, he continued to migrate rightward.

In a sense he was the living embodiment of the saying oft-attributed (probably wrongly) to Churchill that "a man who isn't a liberal in his twenties has no heart; a man who isn't a conservative in his thirties has no brain." (This quote obviously was originated some time ago before a time when people waited until forty-seven to grown up.)

I only met Krauthammer briefly, bumping into him through my friend Lionel Chetwynd with whom I did the Poliwood show on PJTV.  Charles, a film buff, was interested in what we were doing. I also attended the Churchill dinner of The Claremont Institute at which he was the principal speaker.  The man was genuinely funny, for me always a sign of intelligence.

Is this where I'm supposed to say RIP?  Okay, RIP!  If anyone deserves a peaceful rest, Charles Krauthammer does.  The man loved his country and fought for it every single day.

Roger L. Simon - Co-founder and CEO of PJ Media - is a novelist and screenwriter.
Posted by jtf at 5:44 AM