The founder of Christian rock music would've hated what it's become


Larry Norman was perhaps the most complex figure in 20th-century American music. He was a mess of contradictions, a singer with a message who grew more contradictory the more he tried to keep his message pure. He struggled quite visibly, grappling both with his own personal failings and with a movement that he helped start but which leapt beyond his control, mutating into something he hated and which had world-changing implications.

Who was Larry Norman? He’s one of the fathers of spiritual rock music, “the Forrest Gump of evangelical Christianity”—which puts him on the front lines of America’s culture wars, though on whose side it’s hard to say—and the subject of Gregory Alan Thornbury’s fantastic new biography, Why Should The Devil Have All The Good Music? The book, titled after one of Norman’s best-known songs, draws extensively on Norman’s personal archives, where he was thoughtful and introspective about his beliefs, work, and doubts, giving Thornbury’s work a level of insight and intimacy that’s all too rare among recently published artist biographies. When it comes to telling the story of an artist, what makes a good biography is not the fame or even the talent of the book’s subject, but the complexity of the figure and how that manifests itself through their life and work. Norman’s story has this in abundance. Why Should The Devil also serves as a primer on Christian rock, a critical analysis of the genre, and a compact history of Christianity in the latter half of last century, a period where Jesus went from a counterculture hero to all outcasts to a cynically deployed tool of the religious right.


Today, Christian rock is closer to sub-emo and ska in the extent to which it is maligned by mainstream critics, a statement Norman himself would’ve likely agreed with. (He died in 2008). He was a man of faith but also an artist of integrity, who wanted to push music forward and saw no reason why spiritual music couldn’t challenge audiences and rock at the same time. He played on the same bills as The Who, the Doors, and Janis Joplin, and later jammed with members of the Sex Pistols, and appeared onstage with Pixies frontman Black Francis. Bob Dylan and Paul McCartney were fans; U2 and Gun N’ Roses both cited him as an influence.
There are a number of fascinating through-lines in the book, each of which arise organically from the material and are explored in depth by multiple articulate perspectives; this isn’t a book of cheap shots.
One theme centers on religious pop art in general, and whether it should be accessible enough for secular audiences or geared toward the converted, and if so, whether it should challenge or celebrate one’s faith. On top of that, there’s an analysis of faith-based art on artistic grounds, with the argument it lacks the kind of inspiration or technical skill that would make it of interest to those who appreciate craftsmanship but aren’t there for the sermon. (This argument easily applies to the recent spate of Christian films, which have a loyal audience of the already converted but don’t even try to preach to any other choir.) The book quotes a Christian record executive who dismisses the genre as “not art” and “merely propaganda,” saying “it never relies on—in fact it seems to be ignorant of—allegory, symbolism, metaphor, inner-rhyme, play-on-word, surrealism, and many of the other poetry born elements of music that have made it the highly celebrated art form it has become.”
Norman, who pushed the envelope both artistically and thematically, is at the heart of these debates. He wanted it both ways, Thornbury writes: “He wanted to rock and he wanted to talk about Jesus, he wanted to follow Jesus and to offend other followers of Jesus, for people to enjoy his music but also be discomfited by it.” Of course this pleased no one; he was “too edgy for the Jesus people and too religious for the run-of-the mill rock fans.” Christian stores didn’t stock his records and secular ones didn’t know how to categorize him. (“‘Christian psychedelic’ was hardly a category.”) 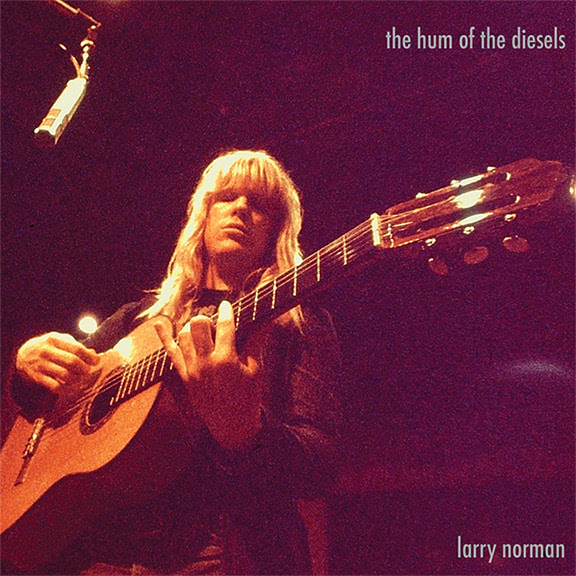 He’s a fascinating character to have at the center of a book. Like Dylan, who had his own religious phase, Norman had a combative relationship with interviewers, lashed out at any attempt to define him, and grew discomforted with his own success. But there’s another layer to this, which is that Dylan resisted narrow definitions for his own reasons, while Norman viewed himself relative to a higher power. He was essentially preaching in his concerts, which made his popularity something of a moral paradox. The more popular he became, the more his music was about him as opposed to Jesus, even though the popularity meant more people were hearing his message in the first place.
His struggles are palpable and very relatable, and they’re far more interesting than the contract disputes and behind-the-scenes anecdotes that make up so many artistic biographies. Norman has his flaws and weaknesses (failed marriages, an apparent child out of wedlock he was reluctant to acknowledge), but he’s also sincere in his message. The core of the book is what it means to truly be a Christian in the mold of Jesus, and what a life like that looks like. Certainly there’s something parable-esque about how Norman preferred spend time with “honest, albeit crass-talking” punk rockers, rather than suffering through “the pious spiritual mumbo-jumbo from his fellow CCM artists.”
There’s something exhilarating in the example Norman sets: He rails against religious institutions for their racism and other sins, and is dismayed when the Republican Party co-opts Jesus and ignores his message of love, tolerance, and helping the misfortunate. At one point he’s the subject of a smear campaign, as an establishment that doesn’t want to be questioned grows threatened by his willingness to call out all sinners, particularly those in religious power. At times he seems to take umbrage at everyone, including his own fans; he “would often stop playing [in concert] if people started clapping during his songs or singing along. His main interest was forcing his audience toward self-examination, so if people were having fun at his concert, Larry though, they probably weren’t thinking hard enough.”
Thornbury captures this personality its all its complexity, and by the end Norman seems like one of the great unsung cultural figures of the era. It’s hard to not have affection for an artist who views clichés as a sin (“maybe not to God, but to the muse of art”) and who can go from chewing out his own sound crew (“Could you turn the guitar up on the dial just past where it says ‘folk music?’ ... This is rock ’n’ roll, okay? Louder is better.”) to dismissing the genre he pioneered with a joke. “As for mixing God with rock music,” he muses at one point, “well, maybe with God all things are possible, but this was not one of them.”
Posted by jtf at 6:18 AM