It’s Right and Necessary to Let Boys Be Boys


What Jordan Peterson understands and Swedish preschools do not 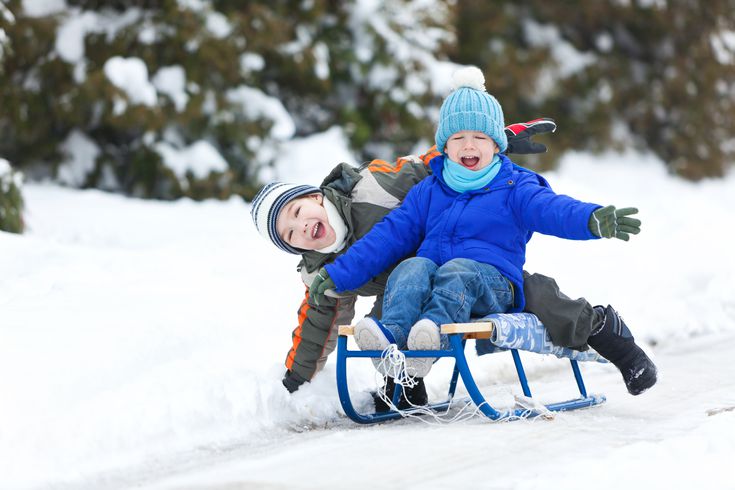 When you spend time with boys and girls, one of the first things you notice is that they’re generally profoundly different. I say generally, of course, because there are exceptions to every human behavioral rule. All girls aren’t the same. All boys aren’t the same. But there are general truths, and those who view the world with honest eyes can see them every day.

I sometimes think back to the week I spent a few years ago chaperoning my daughter’s eighth-grade class trip to Washington, D.C. It was like shepherding two different colonies of humans. There was the girl group — quiet, dutiful, occasionally tearful, but handling their drama via text message and social media. Then there was the boy group, best described as a rolling, nonstop low-level brawl. They were constantly pushing, grabbing, and mocking. One could often discern the best friendships by finding the guys who most aggressively attacked each other, verbally and physically.


At this point, no serious person can argue that boys as a group aren’t facing profound challenges. No recitation of statistics about the composition of boardrooms or the ranks of computer programmers (representing high-achieving outliers) can change the fundamental fact that boys by the millions are falling behind. Boys by the millions are lost. They’re losing ground at school. They’re more than three times as likely to commit suicide. They’re more than twice as likely to die in an opioid overdose. They’re almost seven times as likely to be a victim of gun violence.
Much of the cultural and ideological war over masculinity boils down to two competing concepts — channeling or transformation. The traditional — or channeling — view says that this male nature, more aggressive and physical, represents neither virtue nor vice. It just is. The necessity is to train a young man to channel his essential nature to virtuous ends, to give him a meaningful purpose that resonates with his core identity and sense of self. To oversimplify (and paraphrase a key scene in American Sniper), wolf or sheepdog? Make the choice.
The channeling philosophy requires male role models. It requires a father or (second-best) a father figure who can guide and train a young man as he grows. At best, the the father shows and tells. He models the values and behavior he wants to see in his son, and he affirmatively teaches him why he lives the way he does.
Two recent stories — one in Vox and one in the New York Times — show the importance of masculine purpose and masculine modeling to male flourishing. In the first story, Arizona sociology professor Jennifer Carlson notes that, for men, becoming a “citizen protector” underlies a core part of American gun culture. It provides a sense of distinct value in a culture that is increasingly devaluing masculinity in education and commerce. Here’s Carlson:

Neither aggressive criminals (the “wolves” in gun culture parlance) nor meek victims (the “sheep”), gun carriers see themselves as valiantly straddling a moral space of heroic violence. They are sheepdogs. This citizen-protector ethic redefines men’s social utility to their families.

I don’t agree with everything in Carlson’s piece, but she touches on real truth here. To make a man a protector is to give him purpose. To deny him the means of protecting his family is to undercut that purpose.
The second piece discusses a fascinating and discouraging long-term study of the disparate outcomes of white boys and black boys. It turns out that black men tend to have worse outcomes than white men even when they both start their lives rich and relatively privileged.
There was, however, a limited exception. There were a few neighborhoods where black men did just as well as whites. These communities generally had less racial discrimination, recorded lower poverty rates, and shared this crucial characteristic as well:

Intriguingly, these pockets — including parts of the Maryland suburbs of Washington, and corners of Queens and the Bronx — were the places where many lower-income black children had fathers at home. Poor black boys did well in such places, whether their own fathers were present or not.

In other words, the presence of a critical mass of fathers had a positive effect even on boys who didn’t have a father at home. This is an astonishing commentary on the power of male role models. With that in mind, look at these stunning statistics:

There it is. The fatherhood crisis in two terrible charts. Those who understand the fundamental nature of young boys and their fundamental need for men to show them how to live understand instantly the roots of the challenge for young black men.
Let’s contrast the channeling model, which places a premium on masculine purpose and masculine role modeling, with the transformation model — a fashionable view on the social left. According to this view, traditionally “male” characteristics such as rambunctious play or aggression are often little more than “gendered” constructs, and even if they’re partially biological they can be overcome through training and conditioning.
Traditional masculinity, thus, is toxic to its core. Male role-modeling (to the extent it models traditional masculinity) is also toxic. Men can and should learn different ways of being.
My friend Ben Shapiro discusses a radical version of transformation in a piece today on National Review. A Swedish preschool has “cleared the room of cars and dolls. They put the boys in charge of the play kitchen. They made the girls practice shouting ‘No!’” A glowing New York Times story described the social experiment this way: “Science may still be divided over whether gender differences are rooted in biology or culture, but many of Sweden’s government-funded preschools are doing what they can to deconstruct them.”
It would be a mistake to overemphasize the cultural reach of the transformation model. Boys’ negative outcomes are due to absent fathers far more than to social radicals (though the transformation model has certainly contributed to the mistaken notion that women can generally raise boys just as effectively as men can), but it’s no exaggeration to say that the gender radicals are aggressive, and that their ideas are gaining increasing acceptance in all levels of Western education and in the culture at large.
It’s the momentum and energy of the transformation model that explains much of the hostility, for example, to Canadian professor Jordan Peterson. He first came to fame by aggressively pushing back against the new gender orthodoxy in a series of viral videos, but he’s reached entirely new levels of influence by reaching (mainly) young men with a message of strength and purpose.
His book 12 Rules of Life: An Antidote to Chaos is powerful for numerous reasons (I reviewed it for the magazine here), but two stand out for these purposes. First, Peterson offers a philosophical rebuttal to the transformation model of masculinity. He rebuts the notion that masculinity is either a social construct or something to be socially engineered away. Yet he also — through his stories and (crucially) through his personal example of resisting leftist bullying — acts as a role model for young men who too often lack a meaningful masculine influence in their lives.
In other words, he’s not just providing a purpose; he’s showing what a purpose-driven life looks like. That’s not to endorse all the things that he says (I’m hardly an expert on all his writings and all of his hundreds of videos), but it’s to describe the actual, real-world effect of his work. It’s why he gives men hope and helps provide meaning.
There’s an old, oft-abused saying, “boys will be boys.” To the extent that it excuses destructive or oppressive behaviors, it’s pernicious. But it’s also a statement of fact. Boys will be boys, with all their physicality, aggression, and exuberance. The task of a nation and a culture is to channel that nature to virtuous ends and to applaud the proper development of their distinct masculine identities. That’s what good fathers do. That’s what Peterson does. In the battle against social transformation, I pray their voices win the day.
DAVID FRENCH — David French is a senior writer for National Review, a senior fellow at the National Review Institute, and a veteran of Operation Iraqi Freedom. @davidafrench

PETA: ‘You Can’t Be a Feminist and Buy a Dog’

The Sliming of Kevin Williamson

New Report Misleads on the Health Risks of Abortion for Women