North Carolina head coach Roy Williams and players celebrate after the finals of the Final Four NCAA college basketball tournament against Gonzaga, Monday, April 3, 2017, in Glendale, Ariz. North Carolina won 71-65. (David J. Phillip/AP)
Read more here: http://www.thenewstribune.com/news/nation-world/article142489914.html#storylink=cpy
GLENDALE, Ariz. -- They had been the best of friends and thick as thieves since they were middle schoolers, brothers by choice if not biology.
During the day, they would compete like crazy, racing to see who could get to the car first, practically knocking down walls to try to win the race to the top of the stairs. When the day ended, they would hole up in each other's bedrooms, spilling their dreams about playing college ball, imagining what their futures might look like. 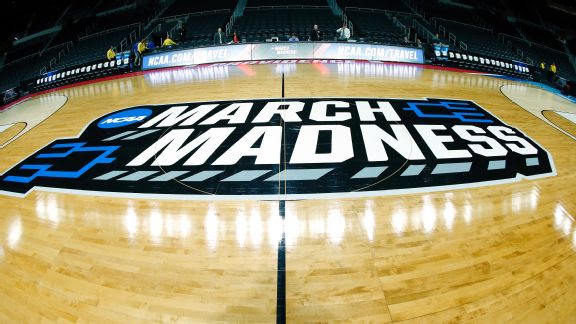 • Tournament bracket | PDF | GIF• Full NCAA tournament coverage• UNC wins Roy Williams' third title• Way-Too-Early 2017-18 Top 25• 2017-18 outlook for eliminated teams• NCAA tournament schedule• Tournament Challenge: Check brackets• Tournament Challenge: Second Chance• College Basketball Nation blog
But when Nate Britt came home to his suburban Maryland house last spring, he peeked into Kris Jenkins' bedroom and stopped. The place was redecorated, tricked out with new banners and posters, a piece of a net and pictures, so many pictures, of the buzzer-beater that made Jenkins famous, made Villanova the national champions -- and crushed the dream of his brother and his North Carolina teammates.
"I know it was hard, really hard on Nate,'' said Nate Britt Sr., who, along with his wife, Melody, became Jenkins' legal guardians in 2007. "You know, everyone wants to talk to the winner and celebrate him. It wasn't the same for Nate. He was so happy for Kris, but it hurt. He couldn't even go in his room.''
The Britt family will be doing some more redecorating this spring, the two brothers now having done the improbable -- each winning their own national championship.
North Carolina beat Gonzaga 71-65 on Monday night to claim the school's sixth championship but arguably the sweetest -- the victory erasing what had been the lowest of NCAA tournament lows. It was so bad that Roy Williams said, "The feeling of inadequacy in that locker room was the worst I'd ever had.''
The balm goes deeper than that to Tar Heels fans. For three years, the university has been plagued by the molasses-soaked wheels of NCAA justice, awaiting some sort of closure to an academic scandal that has tarnished North Carolina's once-burnished reputation.
Williams insists he has done nothing wrong and that his program should not be punished. Critics want nothing less than the Tar Heels' national championship banner. As for the fans? Well, when NCAA president Mark Emmert presented Williams with the championship trophy, they booed lustily enough to drown out his words.
"I wish it got no attention here, because this should be about the kids,'' Williams said. "I wish it got no attention. But I know it's out there. But the last three or four years have been very hard. I told you, people have questioned my integrity, and that means more to me than anything.''
This title will not end the speculation. It will hover until the NCAA makes a decision, but the joy the team felt and Williams witnessed went a long way to alleviating it all.
"At the end, when you're watching your kids jump around and the excitement, the thrill they have, there's no better feeling in the world as a coach,'' Williams said.
This game will not go down as one to celebrate nor as an instant classic. It was a foul-plagued, off-shooting mess of a rock fight that was not representative of either teams' success or abilities. There were just two more field goals made (46) than fouls whistled, and a decision to not review a loose-ball scramble with less than two minutes remaining is sure to stick hard in the craws of Gonzaga fans for a long time.
But beauty is in the eye of the beholder, and to the Tar Heels, there was nothing more gorgeous than Justin Jackson slamming down a breakaway dunk that sealed the victory.
"I threw the ball to Justin and almost immediately started crying,'' Joel Berry IIsaid. "Kennedy [Meeks] got a steal, and I got fouled. The ref came up to me and said, 'Coach wants to know if you want a timeout.' I said yes, because I'm about to lose it.''
Revenge and redemption often sound like clichéd storylines, a thread to carry one season to the next. Even Williams contends he doesn't buy it entirely for these Tar Heels: This national championship, after all, does nothing to avenge the ache for Marcus Paige and Brice Johnson, seniors last season whose collegiate careers ended in that gut-wrenching loss to Villanova.
But the Tar Heels themselves believed it. They started a group text and labeled it "Redemption." Theo Pinson turned an agonized picture of himself, head covered by a towel as he sat disconsolate in his locker room, into his screen saver. Once Britt could stomach walking into his brothers' room, he used Jenkins' largesse of celebratory paraphernalia as his own internal motivation.
"I was so happy for Kris, but it was really hard to swallow,'' Britt said. "That feeling followed me all the way here.''

On Aug. 22, the first day of classes at North Carolina, Williams sent his team out for their 12-minute run and later brought them to his house for a season kickoff meeting. He looked around at the players sitting there -- wildly talented, experienced and deep -- and told them they were good enough to win a national championship. "But you're going to have to pay the price,'' Williams concluded.
That had been the knock on the Tar Heels for much of this season -- that they had a tendency to go soft and disappear for spurts of games. It reared its head in the national semifinals against Oregon.
Monday night's game was different.
Nothing worked. Two teams so accustomed to being bigger than everyone else found themselves shocked to be staring at a mirror image. Real estate in the paint was impossible to find, and anything that resembled an offensive rhythm was wiped out by a whistle.
Jackson, the versatile, sweet shooter, connected on just 6 of 19 shots. Meeks, so dominant and brilliant against Oregon, drew to a stalemate with Gonzaga big man Przemek Karnowski, with Meeks scoring just seven points to Karnowski's nine.
The job to create offense fell to the guy who was playing through pain. Berry's sprained ankles were so sore and achy that Williams elected to fly his team to Phoenix a day early, hoping that any in-air swelling might calm down before the Tar Heels had to practice. The junior was clearly hobbled against Oregon, shooting just 2-of-14 as he struggled to get any lift on his jumper. While his teammates went for downtime naps, Berry went for more rehab, begging his athletic trainers to just find a way to get him through the end of the season.
"They were swollen up after the game on Saturday,'' Williams said. "We don't lie. We don't lie, and we don't flop on charges.''
Before the national title game, Berry walked by Williams during pregame shootaround and said he was still worried he couldn't get a good push. Williams told him to just use his legs.
Berry used his legs to the tune of 22 points and the most outstanding player award, putting on a performance of near Willis Reed proportions.
"It was just an unbelievable feeling. And this is what we worked for,'' Berry said. "And the ups and downs that we've had? It's all worth it. And I can't even describe my feeling right now, but I am just glad that I was able to do something with this team.
"And I think we just deserved it.''
Sitting in the first row of the stands behind the North Carolina bench, doubled over at the waist, stood a person who couldn't agree more. Since his own team lost to Wisconsin in the second round of the NCAA tournament, Jenkins has traded his Villanova gear for Tar Heels blue. He was in Memphis with North Carolina. And he has been in Phoenix all week.
As his brother followed the same giddy postgame routine that Jenkins enjoyed a year ago -- ascending the makeshift stage to get the trophy, dancing in a confetti bath, climbing a ladder and snipping the net -- Jenkins watched with a smile as wide as his cheeks would allow. A brand-new North Carolina hat perched on top of his head, Jenkins even accepted a big hug from Ramses, the Tar Heels mascot.
"I didn't cry when we won it,'' Jenkins said. "But I cried a little this time.''
Jenkins knew perhaps better than anyone how hard last year's loss was on Britt, how hard it was on all of the Tar Heels. The two brothers shared a two-hour heart-to-heart after the 2016 title game, with Britt speaking for all of his teammates about how devastated they all were by the finish.
There will be no more tears this year at the Britt household. The two boys who found a brotherhood through basketball and competed through their childhood will happily settle for a tie this time.
One national championship for Jenkins, one for Britt and two sweetly decorated bedrooms.
Posted by jtf at 6:04 AM