Our Dangerous Drift from Reason 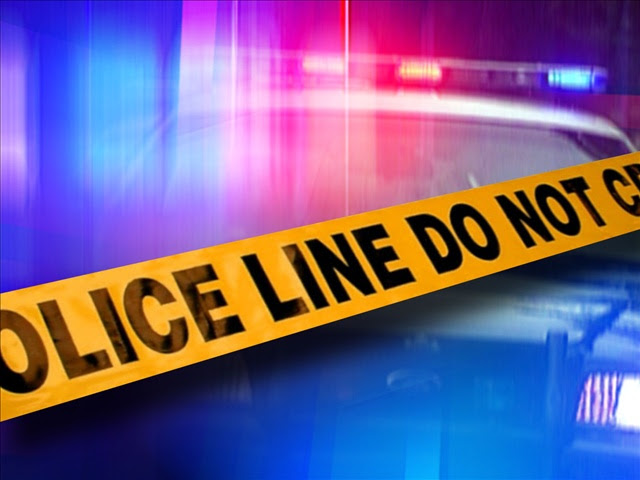 In a time when “narrative” has supplanted factual reporting, Fox’s Bret Baier’s evening news program is usually an oasis in the desert. So I winced when he asserted, amid Thursday’s report on the deadly Charlotte rioting — euphemized by the media as “unrest” and “protest” – that blacks are significantly more likely than whites to be killed by police.

It echoed the distortion peddled by the Chicago Tribune in July, when “officer involved” shootings in Minnesota and Louisiana led not merely to “unrest” but to a massacre of cops in Dallas. African Americans, the paper claims, are two and a half times more likely than Caucasian Americans to be killed by police.

Are they really? The Trib says so, but only after adjustments are made for the marked population difference between the two races. But wait a second: If there is so plainly a bounty on black men – if the chances that a young African American will be killed in a police encounter are so uniquely high that our cities are in upheaval, the Justice Department’s Civil Rights Division is on permanent alert, and black parents nationwide feel compelled to have “the talk” with their kids – then why is statistical fiddling necessary to portray this crisis?

Because there isn’t a crisis – unless we’re talking about one that is wholly manufactured.
The exceedingly inconvenient fact of the matter for the “cops are preying on black men” narrative is that far more whites than blacks are killed in confrontations with police. Last year, in fact, it was roughly twice as many.

The social justice warriors can’t have that, of course. So, making like Olympic judges from the old Soviet bloc they so resemble, today’s narrative repairmen knead the numbers to make the story come out right. The spin becomes “fact,” dutifully repeated in press coverage and popular discussion.

In this instance, the hocus-pocus is to factor in that, although there are 160 million more whites than blacks in the country, this 62 percent portion of our population accounts for “only” about half of “police involved” fatalities (49 percent). Blacks, by contrast account for an outsize 24 percent of the deaths despite being only 13 percent of population.

The premise of this exercise is ludicrous. By and large, police are having lethal interactions not with the nation’s total population but with its criminal population.

The elephant in the room, the fundamental to which we must never refer, is propensity toward criminality. It is simply a fact that blacks, and particularly young black men, engage in lawless conduct, very much including violent conduct, at rates (by percentage of population) significantly higher than do other racial or ethnic groups.

This is not a matter of conjecture. Crime gets reported by victims; the police don’t invent it, they investigate it. Overwhelmingly, the victims of black crime are black people. Indeed, as Heather Mac Donald relates in her essential book, The War on Cops, only 4 percent of black homicide victims are killed in police interactions. If African-American parents were really having “the talk” that is pertinent to protecting their children, it would have to involve the reality that those children are overwhelmingly more likely to be shot by other black youths. The police are having “police involved” confrontations with young black men largely because black communities demand police protection — and understandably so.

What would happen if police were to default from their duty to serve and protect — the position demagogues are increasingly pressuring cops into. Then, naturally, we would hear the alternative “narrative”: that American society had abandoned its most oppressed communities to a dystopia of crime, poverty, drug abuse, and hopelessness — and don’t you dare mention who is doing the oppressing.

To brand the cops as villains regardless of whether they are active or passive is play-acting, not problem-solving.

There’s another infuriating thing about the “cops preying on black men” narrative fed us nightly on the news and daily on the campus. There used to be, if not truth, at least a certain coherence to it: The story line, consistent with a racialized fable, was that white cops are preying on black men.

But the narrative won’t hold. In too many “police involved” incidents, such as the tragic one in Charlotte this week, the involved police are themselves black. So just as “global warming” had to become “climate change” to adjust for, you know, reality, the cops in our narrative have been “whited out,” as it were.

Sadly, this legerdemain has been a boon for the narrative. Now the story is that racism is institutionally ingrained. It is not an individual cop’s race that matters. It is that the profession of policing itself is, to hear the head of the Obama Justice Department’s Civil Rights Division tell it, an enduring symbol of slavery and Jim Crow.

Presto: The African-American cop is no longer a change agent moving us toward a better, more integrated, more harmonious society. When he dons the blue uniform, he is just another perpetuator of a hate legacy. And thus, the real-life fallout of our increasingly perverse, race-obsessed narrative is that all cops become targets.

The supplanting of fact by “narrative” — in race relations, in our politics, in our assessment of national-security threats, in our foreign policy — has become such a fad that we are at the mindless point of skipping past what it portends.

It is all well and good — even necessary — to find thematic ways to express truth, to teach its lessons. “All that glitters is not gold,” for example, is a theme, not a narrative. It is a transcendent bit of fact-based wisdom that allows us to navigate the world as we actually experience it.

A narrative, to the contrary, is an excuse for avoiding reality and acting against our best interests.

The most consequential organization in radical Islam is the Muslim Brotherhood. Laying the groundwork for its American network, the Brotherhood gave pride of place to an intellectual enterprise, the International Institute of Islamic Thought. The IIIT’s explicit, unapologetic mission is the “Islamization of knowledge.”

It is not a slogan or an idle phrase. The mission traces back to the ninth century. Its purpose was to defeat human reason. In this fundamentalist interpretation, Islam is a revealed, non-negotiable truth. Reason, rather than hailed as mankind’s path to knowledge and salvation, is condemned for diverting us from dogma. Knowledge therefore has to be Islamized — reality must be bent and history revised to accord with the Muslim narrative.

But with the demise of reason comes the demise of progress, of the wisdom that enables us to solve problems. That is why Islamic societies stagnated, and why the resurgence of fundamentalism has made them even more backward and dysfunctional.

It is this way with every totalitarian ideology. We’d be foolish to assume it can’t happen to us. Slaves to narrative are fugitives from reason. Their societies die.

— Andrew C. McCarthy is a senior policy fellow at the National Review Institute and a contributing editor of National Review.
Posted by jtf at 7:24 AM