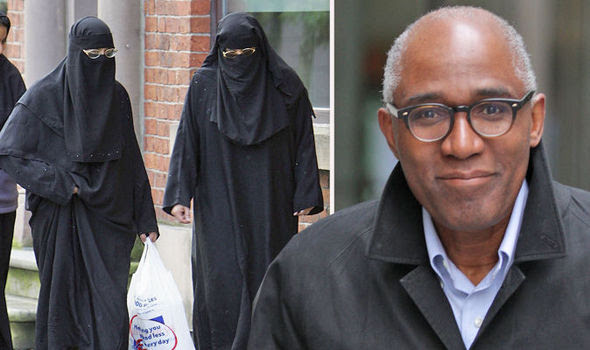 When it comes to querying the benefits to the west of semi-Islamization, Trevor Phillips packs more of a punch than most of us. First, he's black, which shouldn't matter but does. Second, he's the former head of Britain's Equality and Human Rights Commission, one of those identity-group grievance bodies which made such considerations matter (as did the Commission for Racial Equality, which Mr Phillips previously chaired). Third, he's the guy who introduced the word "Islamophobia" into the English language, in a celebrated report on "discrimination" two decades ago.

Now, in a new Channel 4 documentary with an accompanying poll of British Muslim attitudes, he has issued a mea sorta culpa:

For a long time, I too thought that Europe's Muslims would become like previous waves of migrants, gradually abandoning their ancestral ways, wearing their religious and cultural baggage lightly, and gradually blending into Britain's diverse identity landscape. I should have known better.

In other words, pace the likes of Louise Arbour, this is not the same as Italian Catholics, Eastern European Jews and South Asian Hindus. Something different is happening.

I suppose congratulations ought to be in order to Mr Phillips for belatedly seeing what's in front of his nose. But as The Spectator's Douglas Murray writes:

Now if you accept the reality that Phillips now does accept – and that mainstream opinion across Europe is coming to accept – would one particular answer not stand out as eminently sensible at this juncture? Such as turning that flow [of immigration] into the merest trickle? If a community is currently causing a lot of challenges and looks like posing them for many generations to come, why on earth would you not slow that 'steady reinforcement'? Other than out of fear that you might be branded an 'Islamophobe'?

Good question - especially put to the man who mainstreamed the word "Islamophobia" and thereby passed out the cudgel with which which so many who raise the question have been bludgeoned into silence. Douglas isn't wrong. As I wrote a couple of weeks back:

While David Cameron and John Kerry and all the rest assure us that terrorism is nothing to do with Islam, you can't help noticing that, in Europe, the less Islam, the less terrorism.

It shouldn't be that simple, but it is: that's why Brussels and Paris get bombed, but not Warsaw and Prague. But it applies to broader questions of social cohesion, too: the less Islam, the less terrorism, and the less polygamy, the less female genital mutilation, the less Jew-hate, the less gay-bashing, and the less self-segregation into no-go emirates where the state's writ no longer runs. When you import Muslims, you are importing a certain percentage not just of "radical" "extremist" terrorists but of unexceptional run-of-the-mill misogynists, bigots and Islamic supremacists. So why keep adding to your problems?
Ah, but Mr Phillips isn't quite ready to go there. Douglas Murray again:

I know from experience what an honourable and decent man Trevor Phillips is. So here is a prediction. In ten years time he will agree with people like me that the numbers matter, and that it is purest insanity to continue encouraging through migration the growth of a population which raises so many problems of integration once it is here. Of course for another ten years those of us who do say that will be pelted with the same insults Phillips and some of his colleagues set in motion all those years ago. And when he does say it there will be as much rejoicing as there is today for these latest statements. The only snag is that ten years from now, when Trevor finds it comfortable to say this, it will be even later in the day to turn these trends around.

And the hour is already late. Take this piece from The New York Times, whose vapid headline - "Blaming Policy, Not Islam, For Belgium's Radicalized Youth" - betrays no hint of the most interesting nugget in the story:

"Our cities are facing a huge problem, maybe the largest since World War II," Mr. Goldstein said. "How is it that people who were born here in Brussels, in Paris, can call heroes the people who commit violence and terror? That is the real question we're facing."
Friends who teach the equivalent of high school seniors in the predominantly Muslim districts of Molenbeek and Schaerbeek told him that "90 percent of their students, 17, 18 years old, called them heroes," he said.

These aren't like those hypothetical UK poll questions: How many young Muslims want to live under Sharia? How many favor death for apostasy? This is hard and real: How many high-school seniors rejoice in the actual here-and-now slaughter of their "fellow" "Belgians"?
But hey, let's keep importing Islam and see if we can get that number up to 93, 94 per cent!
Meanwhile, those who make the mistake of getting a little ahead of Trevor Phillips' slow boat to Damascus know what to expect:

Dutchmen who tweet their opposition to the construction of "refugee" centers in their towns receive visits from police who threaten them with charges of sedition. A Belgian who spoke out about Muslim children in the city's schools cheering the recent Brussels attacks welcomed three policemen to his door. And a London man who tweeted about his decision to confront a Muslim over her views on the Brussels attacks was arrested, had his home raided, and all his computer equipment seized. More well-known, Germany's Chancellor Angela Merkel was caught on an open microphone asking Facebook founder and CEO Mark Zuckerberg to curtail speech critical of "the wave of Syrian refugees entering Germany."

This passage from the above piece is chilling:

Considerable light is shed on how such prosecutions are possible by the recently published autobiography of Tommy Robinson, the former leader of the English Defence League...
Robinson again faces incarceration on April 14, and has frequently stated his belief that the ultimate objective of his incarceration is to facilitate his murder in British prisons.

I've looked fairly closely at the British state's curious obsession with Mr Robinson, and his conclusion seems to me entirely reasonable.

A final word from Trevor Phillips:

"Twenty years ago, when, as chair of the Runnymede Trust, I published the report titled Islamophobia: A Challenge for Us All, we thought that the real risk of the arrival of new communities was discrimination against Muslims.
"Our 1996 survey of recent incidents showed that there was plenty of it around. But we got almost everything else wrong."

But the people who got everything wrong are still in charge and, unlike Mr Phillips, not yet ready to admit their error.
Posted by jtf at 9:28 AM