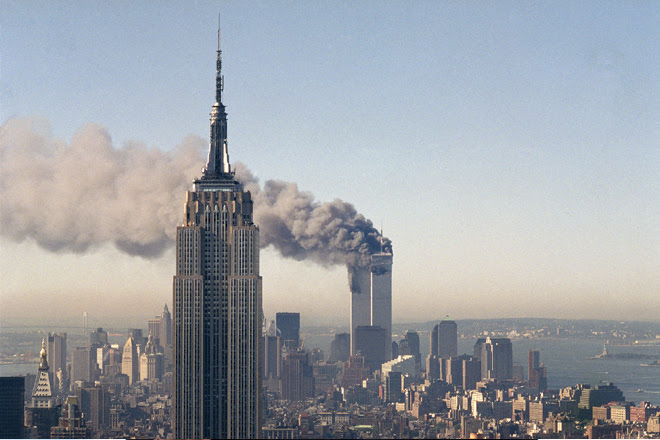 
In its report on the still-censored “28 pages” implicating the Saudi government in 9/11, “60 Minutes” last weekend said the Saudi role in the attacks has been “soft-pedaled” to protect America’s delicate alliance with the oil-rich kingdom.
That’s quite an understatement.
Actually, the kingdom’s involvement was deliberately covered up at the highest levels of our government. And the coverup goes beyond locking up 28 pages of the Saudi report in a vault in the US Capitol basement. Investigations were throttled. Co-conspirators were let off the hook.
Case agents I’ve interviewed at the Joint Terrorism Task Forces in Washington and San Diego, the forward operating base for some of the Saudi hijackers, as well as detectives at the Fairfax County (Va.) Police Department who also investigated several 9/11 leads, say virtually every road led back to the Saudi Embassy in Washington, as well as the Saudi Consulate in Los Angeles.
Yet time and time again, they were called off from pursuing leads. A common excuse was “diplomatic immunity.”
Those sources say the pages missing from the 9/11 congressional inquiry report — which comprise the entire final chapter dealing with “foreign support for the September 11 hijackers” — details “incontrovertible evidence” gathered from both CIA and FBI case files of official Saudi assistance for at least two of the Saudi hijackers who settled in San Diego.
Some information has leaked from the redacted section, including a flurry of pre-9/11 phone calls between one of the hijackers’ Saudi handlers in San Diego and the Saudi Embassy, and the transfer of some $130,000 from then-Saudi Ambassador Prince Bandar’s family checking account to yet another of the hijackers’ Saudi handlers in San Diego.
An investigator who worked with the JTTF in Washington complained that instead of investigating Bandar, the US government protected him — literally. He said the State Department assigned a security detail to help guard Bandar not only at the embassy, but also at his McLean, Va., mansion.
The source added that the task force wanted to jail a number of embassy employees, “but the embassy complained to the US attorney” and their diplomatic visas were revoked as a compromise.
Former FBI agent John Guandolo, who worked 9/11 and related al Qaeda cases out of the bureau’s Washington field office, says Bandar should have been a key suspect in the 9/11 probe.
“The Saudi ambassador funded two of the 9/11 hijackers through a third party,” Guandolo said. “He should be treated as a terrorist suspect, as should other members of the Saudi elite class who the US government knows are currently funding the global jihad.”
But Bandar held sway over the FBI.
After he met on Sept. 13, 2001, with President Bush in the White House, where the two old family friends shared cigars on the Truman Balcony, the FBI evacuated dozens of Saudi officials from multiple cities, including at least one Osama bin Laden family member on the terror watch list. Instead of interrogating the Saudis, FBI agents acted as security escorts for them, even though it was known at the time that 15 of the 19 hijackers were Saudi citizens.
“The FBI was thwarted from interviewing the Saudis we wanted to interview by the White House,” said former FBI agent Mark Rossini, who was involved in the investigation of al Qaeda and the hijackers. The White House “let them off the hook.”
What’s more, Rossini said the bureau was told no subpoenas could be served to produce evidence tying departing Saudi suspects to 9/11. The FBI, in turn, iced local investigations that led back to the Saudis.
“The FBI covered their ears every time we mentioned the Saudis,” said former Fairfax County Police Lt. Roger Kelly. “It was too political to touch.”
Added Kelly, who headed the National Capital Regional Intelligence Center: “You could investigate the Saudis alone, but the Saudis were ‘hands-off.’ ”
Even Anwar al-Awlaki, the hijackers’ spiritual adviser, escaped our grasp. In 2002, the Saudi-sponsored cleric was detained at JFK on passport fraud charges only to be released into the custody of a “Saudi representative.”
It wasn’t until 2011 that Awlaki was brought to justice — by way of a CIA drone strike.
Strangely, “The 9/11 Commission Report,” which followed the congressional inquiry, never cites the catch-and-release of Awlaki, and it mentions Bandar only in passing, his named buried in footnotes.
Two commission lawyers investigating the Saudi support network for the hijackers complained their boss, executive director Philip Zelikow, blocked them from issuing subpoenas and conducting interviews of Saudi suspects.
9/11 Commission member John Lehman was interested in the hijackers’ connections to Bandar, his wife and the Islamic affairs office at the embassy. But every time he tried to get information on that front, he was stonewalled by the White House.
“They were refusing to declassify anything having to do with Saudi Arabia,” Lehman was quoted as saying in the book, “The Commission.”
Did the US scuttle the investigation into foreign sponsorship of 9/11 to protect Bandar and other Saudi elite?
“Things that should have been done at the time were not done,” said Rep. Walter Jones, the North Carolina Republican who’s introduced a bill demanding Obama release the 28 pages. “I’m trying to give you an answer without being too explicit.”
A Saudi reformer with direct knowledge of embassy involvement is more forthcoming.
“We made an ally of a regime that helped sponsor the attacks,” said Ali al-Ahmed of the Washington-based Institute for Gulf Affairs. “I mean, let’s face it.”
Paul Sperry is a former Hoover Institution media fellow and author of “Infiltration: How Muslim Spies and Subversives Have Penetrated Washington.”
FILED UNDER FBI ,  SAUDI ARABIA ,  SEPTEMBER 11 ,  WORLD TRADE CENTER
Posted by jtf at 6:48 PM