Jay Bilas: A 2006 open letter to Duke Magazine on leadership and justice


Editor's note: The following is the letter current ESPN analyst and Duke alum Jay Bilas wrote to the editor of Duke Magazine in 2006 in the wake of the controversy surrounding the university's lacrosse program. In the end, the publication chose not to publish the letter. For more on this unforgettable timeline of events, watch the latest 30 for 30 documentary "Fantastic Lies"which premieres on Sunday, March 13, 2016 at 9 p.m. EST on ESPN -- the 10-year anniversary of the off-campus party that shook Duke, and the surrounding community, to its core. 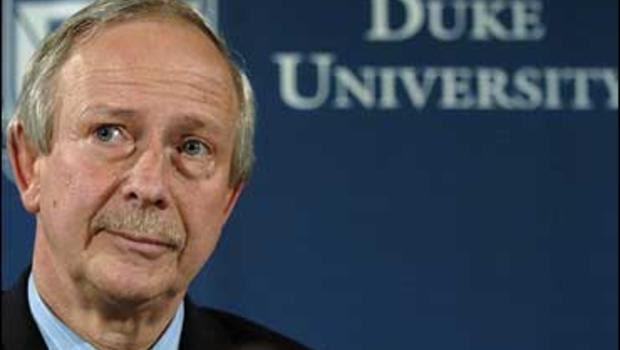 
Dear Editor,
A true leader has the vision and courage to recognize what is right, especially in the face of adversity, and fears not the consequences of unreasonable response. A true leader needs not the benefit of hindsight to make clear the right path. From March 2006 to date, President Brodhead's mishandling of the challenges presented has proven him incapable of effectively leading Duke into the future.
While President Brodhead can point to a few ineffectually communicated words here and there for a feeble claim that he "emphasized" the protection of the rights of Duke's students, his claim fails the laugh test. The vast majority of his words and actions, and in many cases his silence, emphasized an aura of guilt of the students and of the university. From the beginning, President Brodhead abdicated his responsibility as Duke's leader to stand up for fairness and truth. Instead, President Brodhead chose the path of political expediency. He failed to effectively counter factually inaccurate and inappropriate statements about Duke and its students, failed to forcefully speak out against procedural irregularities, and failed to take appropriate action in response to repeated attacks upon the due process rights of Duke's students. That is unacceptable.
If such failures in leadership are not enough, for the same reasons that President Brodhead forced the resignation of lacrosse coach Mike Pressler -- because confidence in his ability to lead had been compromised, and a need to move forward in a new direction -- President Brodhead should resign or be dismissed. And, based upon [trustee chair] Bob Steel's letter of April 11, 2007, in which Mr. Steel stated that the board agreed with the principles President Brodhead established and the actions he took, the resignation of Mr. Steel and any board members that acted in lock step with President Brodhead are also appropriate.