We Shall Never Surrender 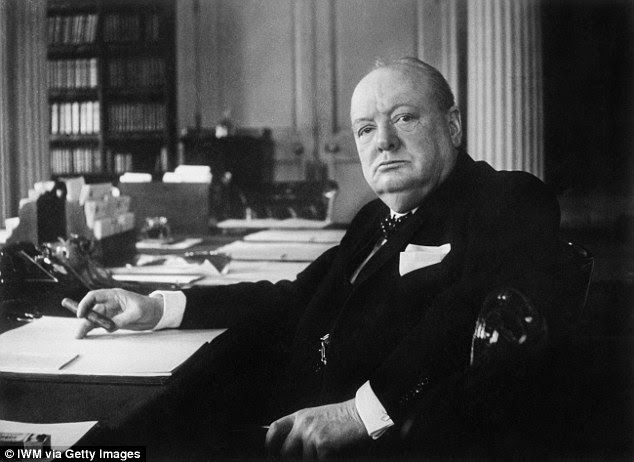 Today, June 4, 2015, marks the 75th anniversary of one of greatest speeches in the English language.  Churchill, facing the certain defeat of France and a desperate escape by the British Expeditionary Force from Dunkirk, gave the English-speaking world a remarkable declaration of moral purpose and political intention, the second and most vital of his three famous wartime addresses.


It is hard for us today to imagine just how weak Britain was on June 4, 1940.  Hitler’s closest and strongest friend, the Soviet Union, was doing all in its power to force Britain to make peace with Nazi Germany.  American Communists like Betty Friedan and Dalton Trumbo were slavishly following the Party Line, condemning Churchill for not making peace with Hitler.  Other friends like Fascist Italy and Imperial Japan were following this line as well.

Churchill had shaky control over Britain.  If Neville Chamberlain, leader of the Conservative Party, had not stood firmly beside Churchill, it is almost certain that Churchill would not have remained prime minister, and Britain would have made some sort of peace with Germany.  Chamberlain would be dead in six months.

America in June 1940 was pathetically weak militarily.  Even if it had done what Britain and France wished and entered the war, America could hardy have helped Britain until at least 1942.  The Dominion democracies stood by the mother country, but that was all.  Britain stood alone.  Books and articles written in June 1940 gave little hope of ultimate victory.

There is a parallel between Churchill in 1940 and Reagan in 1980.  Both were utterly fearless, as Americans learned when Reagan, close to death from a would-be assassin’s bullet, joked with reporters.  Both men wrote and spoke with moral clarity and inspiration.  Both men – and this is what we need but lack today – grasped that moral equivocation and timidity are a death sentence for civilization.

What we need today is another Churchill or another Reagan, but what we have is Stanley Baldwin or Jimmy Carter in the dreary visage of Obama.  The evil forces that threaten our
world today – North Korea, Iran, ISIS, as well as the lurking power of Putin’s neo-tsarist empire and corrupt Red China – are not even defined as evil by Obama or his party or his flacks.

Instead, our dull and cowardly president tries appeasement, albeit with different terms.  Appeasing radical Islam or Russian aggression or North Korean paranoia is as morally bankrupt and gutless as was appeasing Hitler or Stalin or Brezhnev when those thugs sought cheap victories over moral societies.

Instead, Obama acts as if the Iranian thugs or the North Korean goons are equivalent to their nations.  He ignores – or, perhaps, our Teleprompter-in-Chief simply does not know (never underestimate his ignorance) – that these rulers truly represent the captive peoples they rule.  So also helping the monsters who have reduced one of the most affluent and free Latin American nations, Cuba, into penury and slavery is somehow helping the “Cuban people.”  Churchill and Reagan knew better.  Their war was not against Germans or Russians, and their inspiring rhetoric makes clear that the overlords of evil, and not those wretches trapped within their spider web, were the enemy.

These great men also knew that they were in a war (even before September 1939, Churchill grasped that vital fact) and that only victory or defeat was possible in the long run.  We have around the world brave leaders in Israel and Egypt and Britain and Jordan and Canada and Saudi Arabia who could be great allies in a war to defeat those whose purpose in life is our defeat.  We have the brave men in uniform who have joined and would join effectively in any such crusade.  What we lack, of course, is a Churchill or a Reagan.  What we lack is a leader who can tell us that we ought to win this global war and that we will.

But despair is poor counsel.  Seventy-five years ago, still new in office, Churchill showed a backbone that no British leader had before.  That was enough.