Inside the "Stand by Me" singer's supernatural comeback 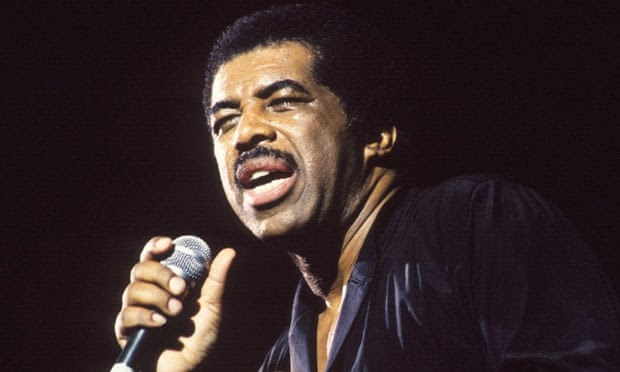 Daisy, a 17-year-old Soul Train veteran, was excited that her favorite group, the Dramatics, was about to tape a set for the show. But the identity of the guest artist, Ben E. King, had her confused. "I don't know him. What's he sing?" she asked. Duane, her 19-year-old friend, guessed at his identity: "He plays a guitar and sings blues, right?" And an usher, told that he'd written and sung "Stand by Me," announced that "you're thinking of John Lennon."

Ben E. King, 'Stand By Me' Singer, Dead at 76 »
Backstage, King laughed over the confusion between himself, B.B. King and the former Beatle. "I told you last night they wouldn't know who I was," he said. "They wouldn't know unless their mommas told them this morning."

Ben E. King's last Top 40 song before "Supernatural Thing" was "I (Who Have Nothing)," recorded in the summer of 1963. The night before Soul Train, he relaxed in a Beverly Wilshire Hotel suite and talked about a dozen years of steady work playing clubs up and down the East Coast, performing at rock & roll revivals and making occasional trips to Europe. "This is the only livin' I've done since I started. I'm happy because it's something I like."

King, 36, a father of three who's been married to the same woman for 17 years, began performing in 1956 as the baritone singer of the Five Crowns, known peripherally for a passing success called "Kiss and Make Up." Two years later, the Five Crowns became the post-Clyde ("Lover Please") McPhatter Drifters. Doubts about the group disappeared when their first recording "There Goes My Baby," sold more copies than any of the McPhatter-led hits, but King grinned as he explained the story behind what was actually an unexpected success.

"That was a freak thing," he said describing how he came to do the lead vocal. "I was trying to show [lead singer] Charley Thomas how to sing it 'cause I was one of the writers and Jerry Wexler got a little angry at the way we were taking up the time. He said, 'Hey man, forget it. You go ahead and sing it and then we'll put Charley on later.' So I just sang the song, and I was stuck with lead from that point on."

King had never fronted a group before but the chemistry was right. "There Goes My Baby," perhaps the first rock song to incorporate violins, was followed by "Dance with Me," "This Magic Moment" and "Save the Last Dance for Me." But the next Drifters hit, "I Count the Tears," in 1960, was the last to feature him singing lead. According to King, management and money problems common to R&B groups in the early Sixties resulted in his leaving the group. "We was drawin' like maybe $75 to $100 a week each. That just wasn't enough. We had to pay rent, feed ourselves and keep our uniforms clean. At the end of the week I might wind up with maybe 30 to 40 bucks."

King became a solo artist — and soon hit the Top Ten. First came "Spanish Harlem," produced by Jerry Leiber and Mike Stoller and co-written by their then unknown assistant, Phil Spector. This was followed with "Stand by Me," a tune which King had written for the Drifters and which became a casualty of the management disputes until Leiber and Stoller recorded a rearranged version of it. King frowned as he recalled how he'd missed the perfect harmonies of the Drifters, and how he'd stood there "almost in tears, singing the song. It was like an artist paintin' a picture that's not there. I was doin' it and I knew it was wrong. But I guess that within that sadness I delivered something. The feelin' was just pouring out."

What he delivered was his sixth gold record, in the summer of 1961. But two years later, after his rich baritone and every violin that Atlantic Records could hire had made "I (Who Have Nothing)" into a dramatic, forceful ballad, the hits stopped coming. Maybe the material was poor, maybe his delivery was lacking, or maybe the public had tired of lushly arranged romantic ballads. Ben E. King found himself being billed as "an oldie but goodie, a blast from the past." Finally, in 1969 he made a difficult decision. Instead of a party to celebrate his tenth year with Atlantic, Ben E. asked to leave.

"Atlantic was doing things for me that I felt were being done because I was a friend and not because I was an artist," he explained. "I didn't want that to happen. I felt that I still had a voice. I said, 'Well, maybe you can look at things better if you get away from it!'"

But the disappointments continued. Albums on Maxwell and Mandala Records, one containing a rendition of Elton John's "Take Me to the Pilot," went nowhere, and a tour scheduled after a triumphant 1972 reunion with the Drifters on the stage of New York's Academy of Music eventually petered out. Then in late 1974, Atlantic president Ahmet Ertegun, who'd written a King hit called "Don't Play That Song" with Ben E.'s wife Betty, saw him in a small Miami club. Impressed by how he sang current tunes in a high voice and his own older songs in a baritone register, Ertegun brought Ben E. back to Atlantic. There Bert De Coteaux and Tony Silvester, who'd produced the Main Ingredient and Sister Sledge, made their position clear: "As far as we're concerned," they told him, "you're a new artist."

King's realization that "I had done to myself what others had done to me and locked myself into a sound" helped make it possible to record "Supernatural Thing" in a single session. But the final product proved surprising even in light of his new openness. "When I finished it, I thought it'd be dressed up with a lot of strings. The next time I heard the tune it was on the radio and I said, 'Wow, they left it like that.' I was stunned." But not negatively, he hastened to add. "God bless people like Bert who are willing to take a shot."

With "Supernatural Thing" moving on the Top Ten and an album, Supernatural, just released, Ben E. King has returned from obscurity. And in New York, one artist who recently cut "Stand by Me" added a footnote to the history of Ben E. King's music. "I used to do 'Stand by Me' in Liverpool when it first came out," John Lennon remembered. "It would be my big ballad. When I recorded it, I had forgotten the words, but I just closed my eyes and it all came back to me. It suited my voice and I loved Ben E. King's version."