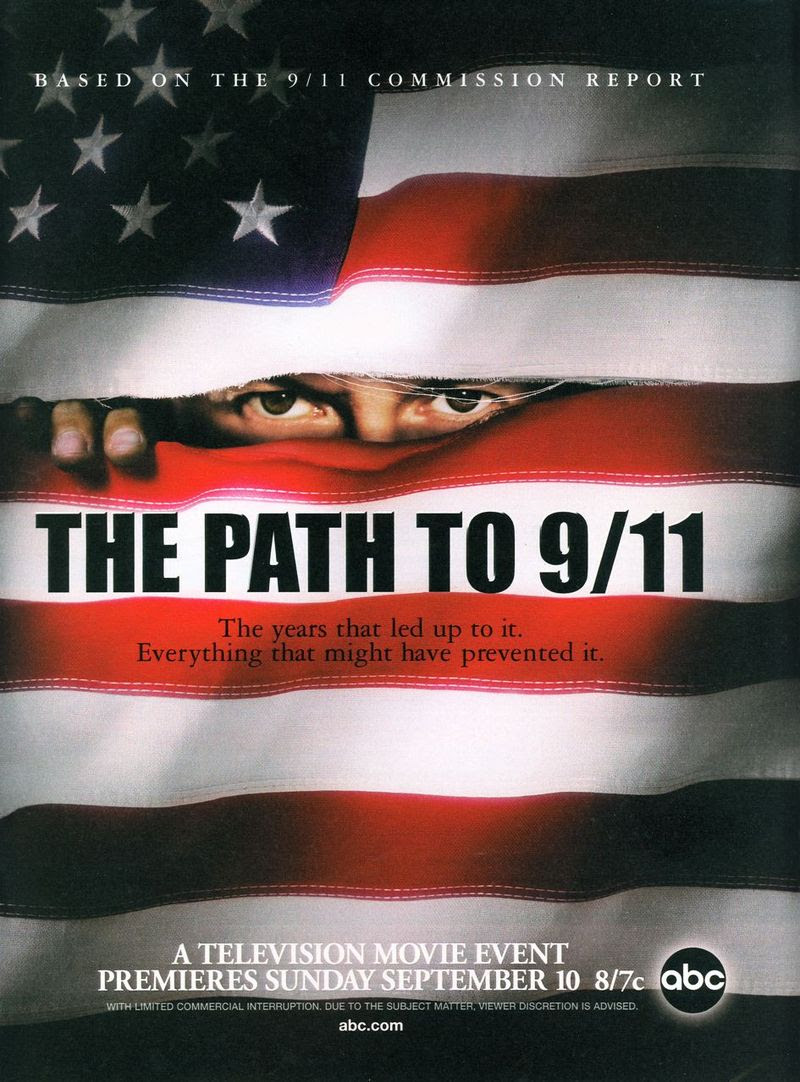 We will probably never know specifically what was on Hillary's email server (unless, as suggested by the Wall Street Journal, we subpoena China's military intelligence). But if the spell is finally and definitively broken, as the willingness of less-than-right-wing pundits at the New York Times, Time magazine and others to criticize Hillary without restraint suggests it might be, then we may yet learn many things about the world in which we live that we had no idea were being suppressed out of rapturous worship, or mortal terror, of the Clintons. We may emerge into a world of freedom and democracy that we had almost forgotten existed.

As just one example: Imagine for moment a world in which any of the movies Flight 93, World Trade Center, Zero Dark 30, or American Sniper had been produced but never screened in theaters, because some cabal of politicians had objected and seen to it that the film would be censored, censured, and suppressed.

Stop imagining. That is exactly what happened to the prime-time ABC miniseries 'The Path to 9/11'. This film is arguably the most significant of the post-9/11 set, as it connects the dots between the first World Trade Center attack of 1993, the failure to neutralize Osama Bin Laden despite multiple opportunities, and the ultimate tragedy of September 11, 2001.

Yet this 5-hour docudrama was aired only once in September 2006, with edits and cuts demanded by partisan censors, and then buried under orders of Robert Iger, president of the parent company, Disney. To this day it has not been released to the public on DVD. Why? The ostensible reasons are summarized by Wikipedia as "The film was controversial for its alleged misrepresentation of events and people, that some people called inaccurate, biased and included scenes that never happened." One would be hard-pressed to name a single historically-based or documentary film that couldn't be accused of the same to some degree, except that the bias of most that get produced emanates from the left. Fahrenheit 9/11, Sicko and An Inconvenient Truth come to mind. Yet the controversy surrounding these and similar films have never, and are unlikely ever, to cause anyone to imagine the possibility that they might be banned from the public square.

What then made the case of “The Path to 9/11” different? The reason for the unprecedented censorship may be summarized in two words: The Clintons. The Clinton machine, jealous both for Bill's legacy and Hillary's 2008 White House ambitions, saw the film as a threat, and mobilized all of its heavy artillery to make Disney/ABC offers it couldn't refuse, first to edit and then to completely withdraw the film.

At least 3 of Bill Clinton's attorneys, as well as allies and advisors to Hillary's 2008 presidential campaign in the Senate, the House, the media, and the blogosphere went into an overdrive campaign of public denunciations, back-channel maneuvers and direct threats to Disney and ABC's broadcast license: Clinton attorneys Richard Ben-Veniste, Bruce Lindsey, and Floyd Abrams; pundits Keith Olbermann (remember 'The Worst Person in the World'?), Judd Legum and Max Blumenthal; Senators Harry Reid, Dick Durbin, and Charles Schumer; and U.S. Representatives Louise Slaughter and Jim Moran, comprise the short list. Even Sandy Berger, National Security Advisor to Bill Clinton who had been convicted in 2005 of stealing classified documents from the national archives, was considered a credible public witness against the film.

The writer of the film, Iranian-American Cyrus Nowrasteh, was painted as a right-wing extremist and member of a subversive conservative network infiltrating ABC having David Horrowitz as its godfather, despite Nowrasteh's previous partnerships with Oliver Stone and other not-quite-right-wing producers. Then they went after director David Cunningham for his shocking ties to a -- gasp! -- evangelical Christian ministry founded by his father.
Very few of the Clintonite critics had actually seen the film. As a result, while making the charge that the film was historically inaccurate for depicting scenes that never happened, many of them were reduced to making straw-man arguments against scenes that didn't exist in the movie.

No free-speech, civil libertarian or professional guild organization came to the producers' defense; not PEN America (even though Nowrasteh was a 2-time award winner), not the Director's Guild of America, nor the Writer's Guild of America, nor the Screen Actor's Guild, nor the ACLU. Participant Productions, maker of the anti-McCarthyism movie Good Night and Good Luck among others, posted a letter in support of the miniseries on its website, but quickly took it down under pressure from ex-Vice President Al Gore.

All of this happened within the last two weeks before the planned air dates of September 10th and 11th, 2006. Prior to that time, no one, including the executives at ABC and Disney, the attorneys that had vetted every scene of the heavily footnoted script, and the many liberal Democrats and Clinton voters who had senior roles in the production (this is Hollywood, after all) had expressed anything other than the greatest enthusiasm for the project and for its prospects as an annual commemoration broadcast. Members of the Bush administration, who didn't come away much less scathed than the Clintons in the movie, never protested.

In the end, all of this pressure may have been overkill. Bob Iger and the Disney political action committee were donors to Hillary Clinton's campaigns for several years. Iger forbade his employees from talking to anyone and pulled the plug, putting political considerations above his fiduciary duties to the Disney shareholders, going so far as to refuse to sell the film to prospective buyers. (Incidentally, if a corporation takes a $100-million loss for the sake of a political candidate, does that count as a campaign contribution for purposes of campaign finance laws? Just asking.)

Nowrasteh and Cunningham have done an adequate job of responding point-by-point to their critic's more rational challenges to the film's historical accuracy, including explaining the obvious point that squeezing 70,000 hours of historical time into a 5-hour movie requires some amount of compression and amalgamation. But the bottom-line reason this film should be released is not because it is accurate, fair or true, or least of all because conservatives like it, but because we are a free society of mature adults governed, among other things, by the First Amendment to the Constitution of the United States. No one is saying that Nowrasteh's and Cunningham's "Path to 9/11" has to be the last word -- unless, on the merits and in the marketplace, no one else is able to do a better job. Competition? Bring it on!

So when Hillary is finally out of the running for good sometime in the next three to nineteen months, will Bob Iger or his successors at Disney finally relent and release the film? Maybe if they feel enough heat in a different direction, including the direction of their own self-respect.

The suppression of this film is only one example of the latent effects of the Clinton intimidation machine. Once the fear is lifted, there's no telling what other revelations may be made to the American public. We might yet be able to shine a brighter light on how much of HillaryCare, thought to have been defeated in 1994, actually made it into the Clinton-Gingrich budget act of 1997, including price controls, caps on the number of medical student residencies, and interference in the patient/doctor relationship.