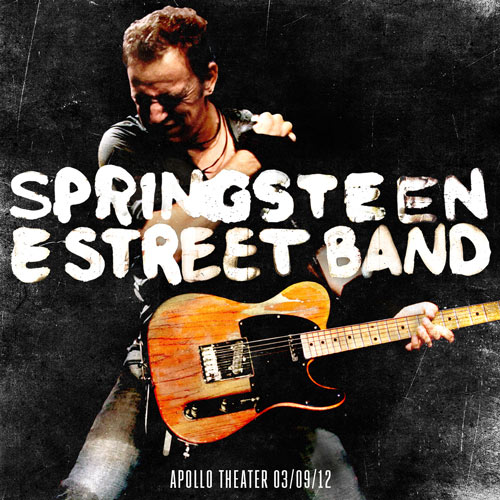 Earlier this year, we asked Bruce Springsteen about the possibility of releasing official concert recordings that have circulated within his fan community for years. "I suppose it would be nice to get some of the classic concerts that have kept people's interest over the past 20, 30 or even 40 years and maybe formalize them in some way," he said. "That's not off the drawing board."


This week, it went from the drawing board to reality with the launch of live.brucespringsteen.net. The site is offering downloads of most shows from the 2014 High Hopes Tour, a complete performance of Born To Run from a recent show in New Zealand and, in the first volume of their archival series, the launch of the Wrecking Ball tour at New York's Apollo Theater on March 9th, 2012. The shows are available via MP3 ($9.95), lossless ($12.95), HD-Audio ($19.95) and CD ($23).

This new live series was put together by nugs.net, an organization that's previously worked with Pearl Jam, Phish and Metallica on their own live downloads. In an interview with Backstreets, the site's founder and CEO Brad Sterling said he initially reached out to Springsteen's camp in 2009 and got turned down, but when he tried again this year, they were suddenly interested. It turns out that Springsteen changed his mind when he realized just how many of his shows were available on YouTube.

"He was like, 'We can do better than this. We own the masters!" said Sterling.  "What's great is, he wasn't saying, 'Fuck those guys. Take that stuff down. Screw YouTube.' It was, 'If this is happening, we should be doing it officially.'"

The archive series may be starting with a relatively recent show, but expect them to dig deeper into Springsteen's history with future releases. "It's very exciting to think about the different eras that will be covered," said Sterling. "And what's really interesting is where the tapes are coming from. What's in the vault; what isn't. Not all of it is in their archives, so they are sourcing material now."

Future plans are vague, but Sterling indicated they are likely to offer famous 1970s shows that have circulated for decades. Those will presumably include Philadelphia 2/5/75, Passaic, NJ 9/19/78 and San Francisco 12/15/78. While most shows will likely be sourced from soundboard tapes, multi-track tapes and radio broadcasts, Sterling indicated that audience tapes have been used on past Nugs.net projects and they might be used again at some point for a Springsteen release.

It's also possible the series will release music that predates Springsteen's 1973 debut album. "I had a whole other career as a heavy-metal guitarist that never came out on record anywhere," he said earlier this year when asked about the possibility of releasing archival material. "There's tons of music. I never close the door on any of it."

In addition to concert recordings, the new website also offers high-resolution downloads of every album in Springsteen's catalog.