The only limit on the president’s power that he recognizes is political expediency. 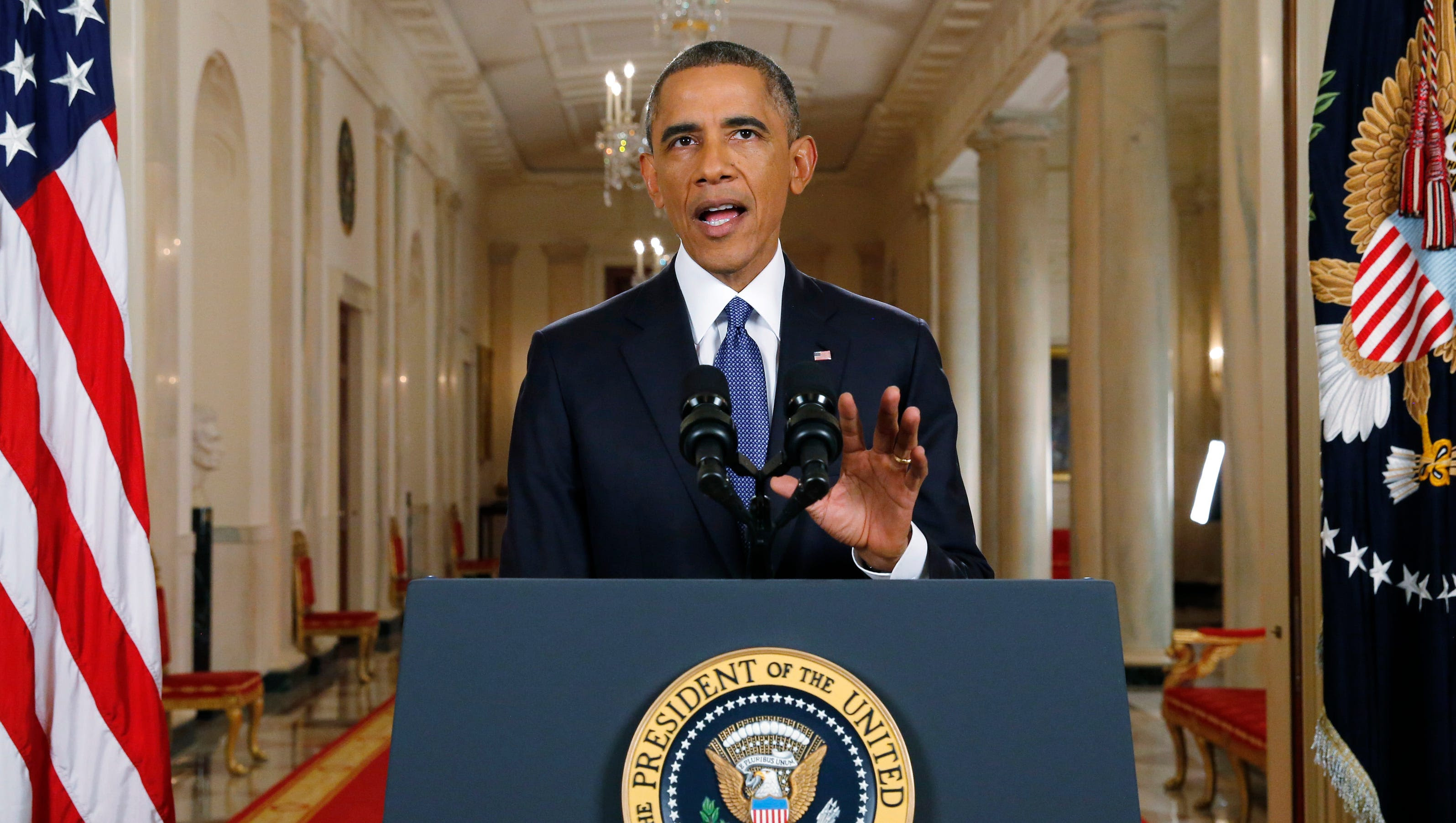 That assertion is not an epithet — well, not primarily. True, I would not describe someone I admired as an “Alinskyite.” Saul Alinsky was a loathsome figure — a radical statist who whose toxic brew of thoroughgoing deceit and brass-knuckles extortion (“direct action”) has become a part of mainstream politics. But in tying the president to the seminal community organizer whose theories and tactics so influenced him, my purpose is more to decode than to insult him.

Of course, calling Obama an “Alinskyite” draws cataracts of condemnation from the Democrat-media complex — for the same reason that Muslim Brotherhood shrieks of “Islamophobe!” inevitably follow any reasoned, scripturally based discussion of Islamic supremacism. People who advance their agendas in dishonesty and stealth can’t afford to have critics shine a light on them. The best diversion is to smear the critic as racist and phobic — or as Alinsky, a master of the game, put it, “Pick the target, freeze it, personalize it, and polarize it.”

Well, this week Alinsky did amnesty, so let’s not be diverted.

It was remarkable. We’ve endured six years of “If you like your health-care plan, you can keep your health-care plan,” “How dare you call Obamacare a tax,” “The video did it in Benghazi,” “Of course we’d never let guns walk to Mexican gangs,” “Workplace violence,” “Kinetic military action,” “The IRS harassment is outrageous and intolerable,” and “not a smidgeon of corruption” from “the most transparent administration in history.” Yet what so astonished the commentariat about Obama’s decree of amnesty for illegal aliens was the sheer audacity of hoax.

“I’m the president of the United States, not the emperor of the United States,” our would-be emperor repeatedly explained in the months and years before Thursday’s edict. Again and again, in more than two dozen recorded public statements, the president emphatically denied that he had the power to pronounce law unilaterally. “My job,” he huffed, “is to execute the laws that are passed.” His mere say-so could not suspend deportations or grant illegal aliens lawful status, he explained, because that would transgress “laws on the books that Congress has passed.”

In fact, nearly two years ago, Obama said he and his subordinates had already “stretched our administrative flexibility as much as we can” for the benefit of unlawful immigrants. Yet this week, he abruptly discovered enough elasticity to dictate a new legal regime — actually, an illegal regime — for conferring lawful status on illegal aliens, a power our quaint Constitution vests in Congress.
In Thursday’s speech, Obama was not just brazen but remorseless, not deigning to offer a word of explanation for his sudden 180. Another day, another story line in the soap opera, as if the prior episodes had never happened.

The pundits were aghast and, for once, seemed embarrassed at having covered the solipsist-in-chief’s original expressions of humility as if they were, you know, sincere. This, fittingly, stirred the Obama courtiers to an embarrassing defense of their man. We were told that the president — heretofore the brightest, most learned ever to grace the office — had previously been uninformed about the extent of his power, but thankfully his lawyers set him straight.

Laughable. Obama is not an expert in much, but he has a Ph.D. in power. By his own account, moreover, he is a constitutional scholar. Even if he weren’t, the doctrine of prosecutorial discretion — at the root of both Obama’s prior disavowals of sweeping power and his current usurpation of it — is for government lawyers what two-plus-two is for scientists. Everyone in the executive branch knows, as surely as they know their own names, that neither Congress nor the courts can compel the president to enforce the law. And in the not implausible event that Obama was on the golf course the day they covered that in president school, he would no doubt have learned it from the stacks of memos generated by his Department of Homeland Security since 2009. As I detail in Faithless Execution, those memos heavily rely on prosecutorial discretion as the administration’s rationale for refraining from enforcement of the immigration laws and for awarding favorable treatment to sundry categories of illegal aliens.

It is not that the president has been confused or misinformed about the extent of his authority as it regards the law. It is that the law has never mattered to him  – any more than it matters now on immigration, the “Affordable” Care Act, the federal narcotics statutes, and the remaining array of congressional enactments that Obama has twice sworn to execute faithfully.

Again, President Obama is an Alinskyite.

Alinskyites gauge the extent of their authority not by the limits of law but by the potential of raw power constrained only by political expediency. Once you grasp that, you have everything you need to know.

Alinsky’s theory of power involves co-opting the language and mores of the bourgeois society that community organizers seek to transform. The idea is that the radical in sheep’s clothing becomes politically viable. Upon acquiring power, he quietly but steadily ratchets the system in the direction of his goals. The key is never to get too far ahead of where the public is ready to go — at least while public opinion matters.

For the first six years between Obama’s assumption of office and the 2014 midterms, he was saddled with an immigration dilemma. His restive open-borders base wanted immediate, blanket amnesty, but the president knew that amnesty by executive fiat — particularly without assurances about border security — was (and remains) intensely unpopular. For all the Beltway chatter about the virtues of amnesty (under the guise of “comprehensive immigration reform”), the president knows that the House conservatives he derides for thwarting Washington’s schemes get elected because their opposition is popular with the voters back home.

For those six years, Obama played the Alinsky game of trying to appease his radical supporters while maintaining his mainstream credibility. He had three elections to worry about — his own reelection sandwiched between midterms. If, prior to 2012, he had taken the monarchical action he took Thursday night, he’d have been a one-term president. If he’d taken it before the election two weeks ago, a GOP landslide would have been assured, and even steeper than it turned out to be.

So Obama repeatedly told his base he could not simply declare an amnesty, not because he really believed he was hemmed in by law — after all, during that time he was rewriting Obamacare once a week. He did it because he needed to frame his politically expedient inaction in some story that his base might grudgingly accept, the public might find noble, and his opposition might be disarmed by.

“I’m not a king,” said our notoriously modest king. But by Thursday night, Obama not only had no more elections to fret over; Mary Landrieu’s long-shot reelection bid — the chance to hold on to a Democratic seat in the Senate — had unofficially tanked. With no more reasons to delay or pretend, the president threw caution and the Constitution to the wind, proclaiming the amnesty he’d been insisting he was powerless to proclaim.

You may have been surprised if all you read are news reports. But not if you’ve read Saul Alinsky.

— Andrew C. McCarthy is a policy fellow at the National Review Institute. His latest book is Faithless Execution: Building the Political Case for Obama’s Impeachment.
Posted by jtf at 8:13 AM