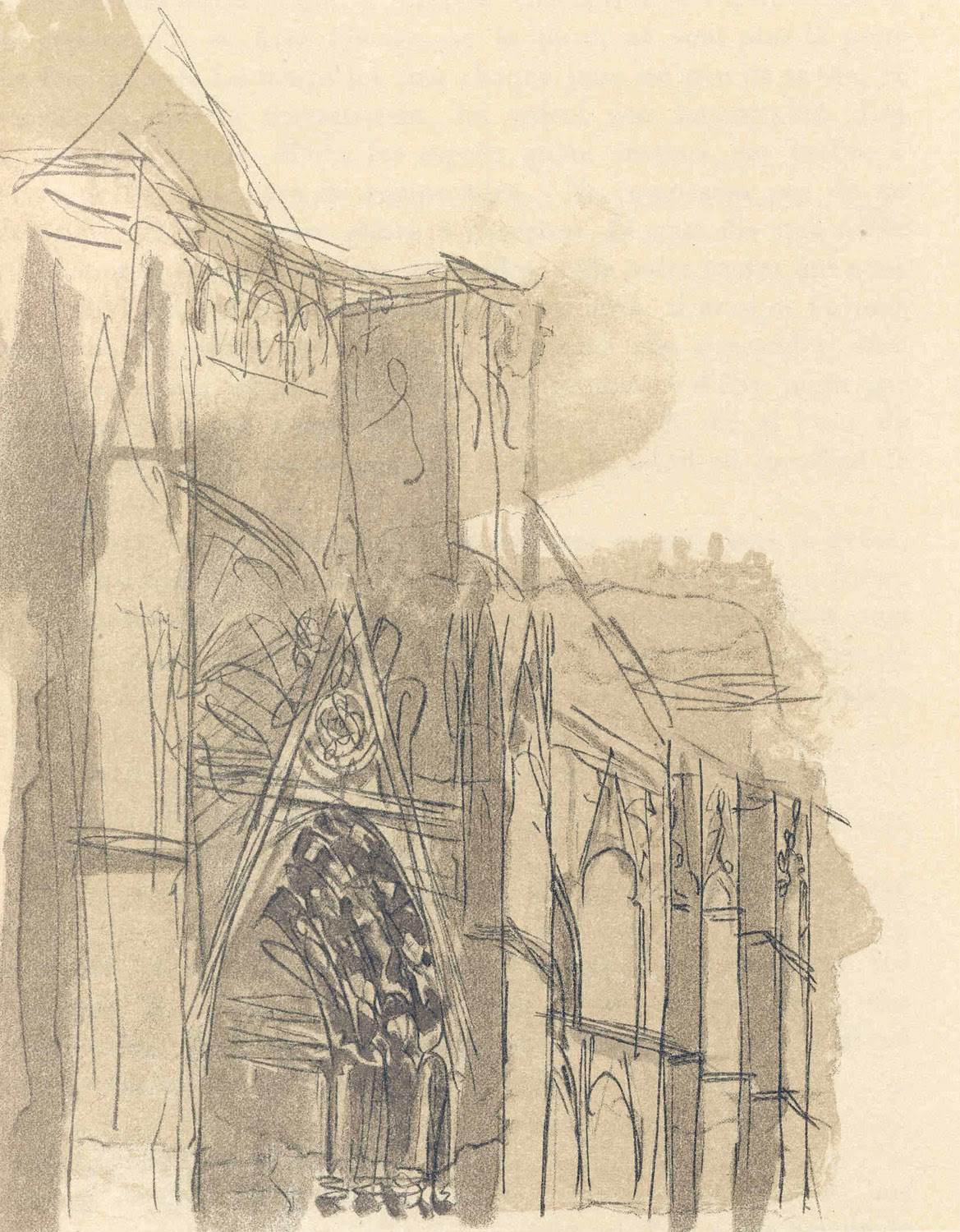 I should like to inspire a love for this great art, to come to the rescue of as much of it as still remains intact; to save for our children the great lesson of this past which the present misunderstands.
In this desire I strive to awaken intellects and hearts to understanding and to love.

—Auguste Rodin, The Cathedrals of France
August Rodin was an aggressive womanizer well into old age. The love of beauty that served him nobly as a sculptor served him as a man with notable difference. Francis Haskell described him as “Never a man of much moral conviction except in the practice and defense of his art.” For now, then, better to stay with the sculptor’s love of beauty as it manifested itself in his passionate admiration for Christendom’s exalted monuments.
Rodin kept voluminous notes but wrote only one book: Cathedrals of France, originally published in France in 1914 when Rodin was seventy four. It was not translated into English until a half century later. Beacon Press made up for that surprising lapse with its beautifully printed 1965 edition, illustrated with sketches from the notebooks.
The text is not an architectural treatise. It makes no attempt at scholarly appraisal or methodical observation. Compiled day by day through periodic visits to numerous cathedrals, it is thoroughly the work of an artist justifying his personal attachments. And doing so in terms of his craft.
Over decades, Rodin took notes on what he observed and made quick pen or pencil sketches. In 1908 he hired a secretary—first the Symbolist poet Charles Morice, down on his luck; then Rilke—to cull the cathedral passages in preparation for publication. He intended to reignite public sensitivity to the dignity and majesty of their Romanesque and Gothic heritage. (And, it should be added, to spur support for his own sculptural canons which absorbed so much from Gothic accommodation of chiaroscuro.) “The whole of France is in her cathedrals” he wrote, “as all Greece is epitomized by the Parthenon.”
Read the rest of the article:
http://www.firstthings.com/blogs/mullarkey/2014/05/rodins-cathedrals-of-france
Posted by jtf at 6:53 AM

Email ThisBlogThis!Share to TwitterShare to FacebookShare to Pinterest
Labels: Art, Books and Things