The astonishing and disturbing findings of an undercover reporter inside America's mosques.

http://m.clarionproject.org
Mon, January 23, 2012
In the last five years I have personally visited over 250 Islamic Centers, mosques, and Islamic Schools throughout America. The goal of my research has been to determine what Islamic leaders are teaching the young and innocent Muslim children. The findings are abhorrent, sad, unbelievable and frightening. Most disturbing is the fact our government is keeping this dangerous fact from the American people.
Muslim children attending mosques and Islamic schools are being taught to hate America, our government, our military personnel and its non Muslim population. In this article I will identify three significant mosques in America that are leading the way in teaching Muslim children to hate and influencing them to commit violent acts inside our country.
In America we have been programmed by the media and political leaders to believe violent teachings of Islam are only being taught to children in Palestine. We have watched the Muslim Palestinian children spew their taught hatred of the Israelis. What Americans are not being shown (due to political correctness) are that Muslim children throughout the world and specifically inside America are also being taught violence and hatred.
Children as young as seven years old are being taught that to assimilate with America is to disrespect and dishonor Islam. They are being taught that our military personnel are the enemies of Islam, and that it is justifiable to kill anyone who dishonors or oppresses the Islamic ideology.
During my research I have identified numerous mosques that are teaching young Muslim children to hate America and are leading them to commit future violent acts against our country and innocent people. I would like to focus on three such mosques.

Anwar al-Awlaki
Dar al Hijrah, Falls Church, Virginia
My researchers and I spent several weeks at the Dar Al Hijrah mosque in Falls Church, Virginia. Almost immediately we were informed to obtain our study material from the Halaco Bookstore which is located nearby the mosque. It was very apparent upon entering the store and reviewing the materials that the bookstore provides materials for the Sunni (Wahhabi) Muslim population across the U.S. and specifically for Dar Al Hijrah.
Anwar al-Awlaki was an imam at the Dar al Hijrah Mosque from January
2001 until 2002. Three of the 9/11 hijackers, Khalid al-Mihdhar, Nawaf
al-Hazmi and Hani Hanjour, attended some of Awlaki’s sermons at this
mosque. I was able to spend many hours talking with store personnel and was invited to the home of one employee to discuss Islamic issues.
There is a large section in the store dedicated to the education of the Muslim children. I discovered materials that are being sent to Islamic schools across America. Much of the material deals with Sharia (Islamic law) and jihad.
One of the DVD’s and books I obtained was by an Islamic scholar Ahmad Sakr. Sakr travels the U.S. visiting Islamic schools and educates them in Sharia law. I have watched one of his videos in which he tells the young children our government is evil and not to follow the laws of our country and Americas government leaders will all go to hell.
The material provided by Dar Al Hijrah and their selected Islamic bookstore also was filled with violent jihad. There were manuals informing the readers how to destroy America, and how to kill anyone who oppresses Islam. They are told how to obtain weapons, including weapons of mass destruction. Although all of the above is very disturbing and should (and actually is) against the law, the Muslim leaders of Falls Church are allowed by our government to indoctrinate the Muslim children into future violence against our country.
Al Farooq, Nashville, Tennessee
The Al Farooq mosque in Nashville, Tennessee is even more disturbing. My research team and I spent two weeks at the Al Farooq mosque. The mosque was Sunni and had the typical violent books and DVD’s/videos pertaining to the overthrow of any government system that oppresses Islam. They also had numerous teachings from current Islamic leaders operating in America who are teaching the Muslim population to hate our country and its people.
Although this should frighten all concerned citizens, there was even sadder and disturbing intelligence collected at this mosque. Lately, we have all read about the child brides and forced marriages in Afghanistan and in Saudi Arabia. What most Americans do not realize is that child marriages are occurring throughout our country and specifically in Nashville, Tennessee.
One young 7 year old Muslim girl at Al Farooq talked to our researcher about being beaten by her Islamic leaders and being married to a Muslim man. I reported the matter to the Nashville authorities, but almost from the beginning they were reluctant to intercede because this was a religious institution and more importantly to them it was Islamic.
Senior law enforcement authorities of the Nashville police department informed me they were afraid of being sued by Islamic organizations such as CAIR (Council on American Islamic Relations) if they got involved, and it would be a political nightmare to get anything done at the mosque.
What bothered me most of all is the fact I contacted an Islamic organizations to help this innocent Muslim child and they also balked. This reinforced to me that Islamic law (Sharia) is alive and very active inside our country, to include child marriages. 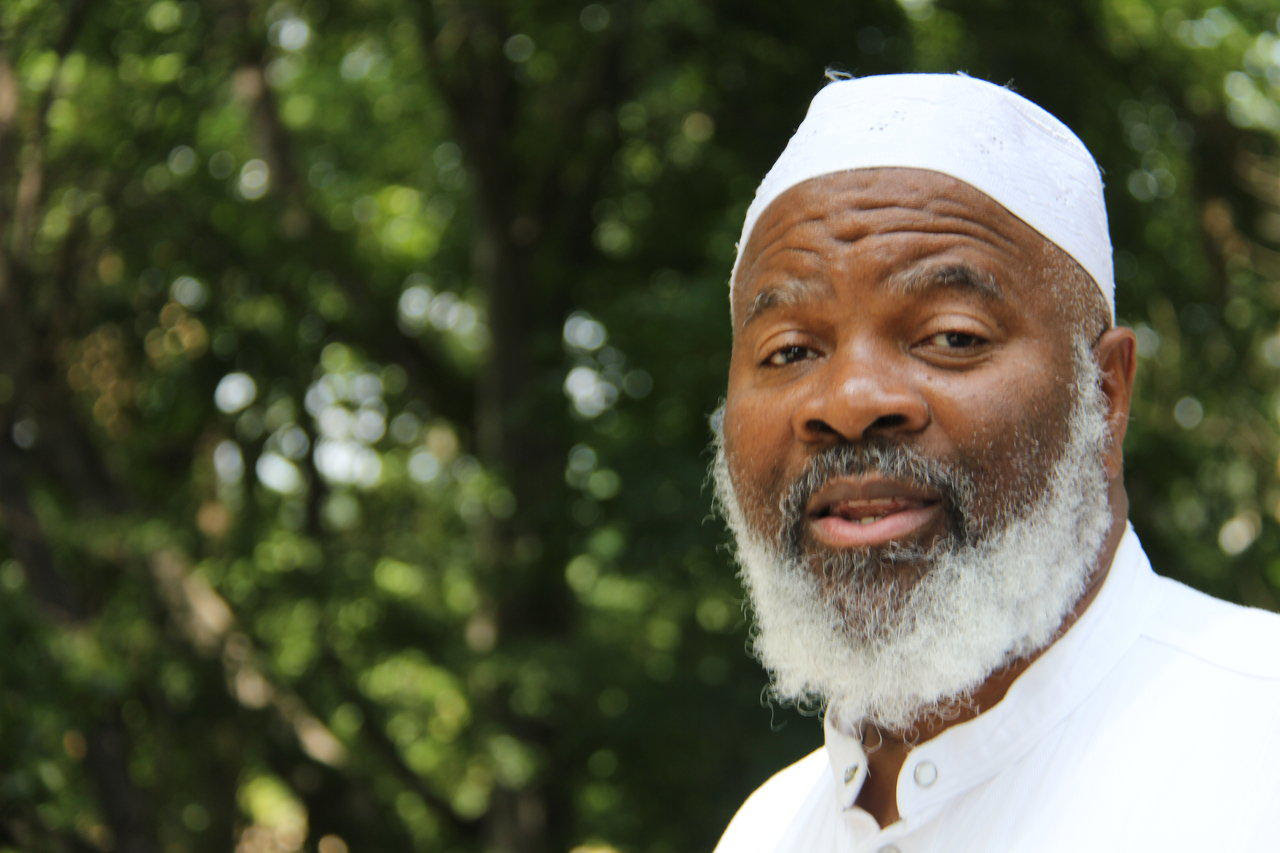 Siraj Wahhaj
Taqwa, Brooklyn, New York
The next mosque I investigated is led by an Islamic scholar who is not only a major fundraiser for CAIR but travels throughout the U.S. teaching his violent ideology of Islam. He is Imam Siraj Wahhaj. For those who have never visited the Islamic district of Brooklyn it would come to a surprise to many that the area around At Taqwa is similar to the Wahhabi land of Saudi Arabia. I have previously described Wahhaj as the most dangerous man in America. I have reviewed hundreds of his Friday (Juma) mosque lectures.
In one speech he tells his followers that around the world Muslims will wake up and say,“I don’t want to follow the way of the colonial masters any more. I want the Sharia. I want Islam. We want to be ruled by Islam. And all we have to do is go back to that golden generation.”
He routinely called America an evil country and is a strong leader in developing Sharia law inside America. His violent lectures are available to the adult and child Muslims throughout America.
"Those who struggle for Allah, it doesn't matter what kind of weapons, I'm telling you it doesn't matter! You don't need nuclear weapons or even guns! If you have faith in Allah and a knife!! If Allah wants you to win, you will win! Because Allah is the only one who fights. And when his hand is over your hand. whoever is at war against my friends, I declare war on them." (From a video of a sermon from Sept. 28, 1991 by Sirah Wahhaj called "The Afghanistan Jihad," given in Toronto, Canada.)
“If we go to war, brothers and sisters – and one day we will, believe me – that’s why you’re commanded [to fight in] jihad. When Allah demands us to fight, we’re not stopping and nobody’s stopping us.” (Sermon by Siraj Wahhaj entitled “Stand Up to Justice,” delivered on May 8, 1992 and distributed as a video.)Islamic teachings such as this are what led Major Nidal Hasan, the Fort Hood Murderer, to commit his acts.
Although I have only focused on three mosques that lead the way in introducing Muslim children to violence and hatred, there are hundreds scattered across the U.S. Few states are immune from this growing threat. The violence spewed by these Islamic leaders will ultimately lead to more violence in the name of Islam. I have witnessed firsthand the violence being taught. There are numerous such Islamic centers in North Carolina, Florida, Virginia, New York and California.
Unless Muslim parents decry the violent teachings of Islam to their children, there will continue to be more and more Siraj Wahhaj-type Islamic leaders in America. The ultimate result will be the suffering of America as we now see in France, Britain and Canada.

Dave Gaubatz spent 20 years as an active duty USAF (Special Agent/OSI), 3.5 years as a civilian 1811 Federal Agent trained by the U.S. State Department in Arabic, and was the first U.S. Federal Agent to enter Iraq in 2003. He is also a counterterrorism counterintelligence officer. He is co-author of the book Muslim Mafia: Inside the Secret Underworld That’s Conspiring to Islamize America. He can be reached at davegaubatz@gmail.com.
Posted by jtf at 11:17 AM