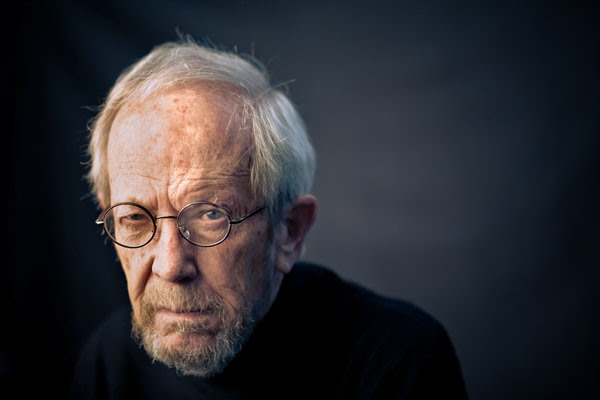 Elmore Leonard in 2012 (Daniel Borris for The New York Times)

This article has been revised to reflect the following correction:
Correction: August 20, 2013
An earlier version of this obituary referred incorrectly to Mr. Leonard’s marital status. He was divorced from his third wife; he was not married. The earlier version also referred imprecisely to the location of his home, where he died. It is in Bloomfield Township, Mich., not Bloomfield Village, Mich. (Bloomfield Village is an area of Bloomfield Township, not a separate town.) An earlier version of this obituary also misstated the number of Mr. Leonard’s great-grandchildren.  He had 5, not 15.