The inevitable corruption of the permanent bureaucracy 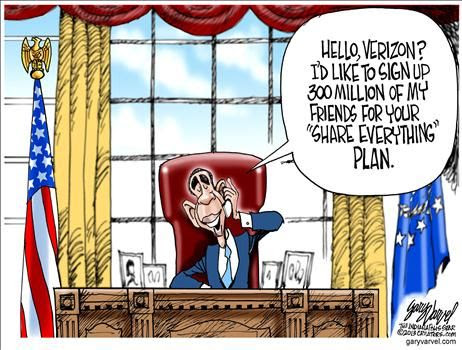 A few years ago, after one corruption scandal too many, the then Liberal government in Canada announced that, to prevent further outbreaks of malfeasance, it would be hiring 300 new federal auditors plus a bunch of ethics czars, and mandating “integrity provisions” in government contracts, including “prohibitions against paying, offering, demanding or accepting bribes.” There were already plenty of laws against bribery, but one small additional sign on the desk should do the trick: “Please do not attempt to bribe the Minister of the Crown as a refusal may offend. Also: He’s not allowed to bribe you, whatever he says.” A government that requires “integrity provisions” is by definition past the stage where they will do any good.

I thought of those Canadian Liberal “integrity provisions” passing a TV screen the other day and catching hack bureaucrats from the IRS Small Business/Self-Employed Division reassuring Congress that systems had now been put in place to prevent them succumbing to the urge to put on Spock ears and moob-hugging blue polyester for the purposes of starring in a Star Trek government training video. The Small Business/Self-Employed Division had boldly gone where no IRS man had gone before — to a conference in Anaheim, where they were put up in $3,500-a-night hotel rooms and entertained by a man who was paid $27,500 to fly in and paint on stage a portrait of Bono. Bono is the veteran Irish rocker knighted by the Queen for his tireless campaign on behalf of debt forgiveness, which doesn’t sound the IRS’s bag at all. But don’t worry, debt forgiveness-wise Bono has Africa in mind, not New Jersey. And, as Matthew Cowart tweeted me the other day, he did have a big hit with “I Still Haven’t Found What I’m Looking For,” which I believe is now the official anthem of the IRS Cincinnati office.

It took Congressman Trey Gowdy of South Carolina to get to the heart of the matter: “With all due respect, this is not a training issue,” he said. “This cannot be solved with another webinar. . . . We can adopt all the recommendations you can possibly conceive of. I just say it strikes me — and maybe it’s just me — but it strikes me as a cultural, systemic, character, moral issue.”

So we know the IRS is corrupt. What happens then when an ambitious government understands it can yoke that corruption to its political needs? What’s striking as the revelations multiply and metastasize is that at no point does any IRS official appear to have raised objections. If any of them understood that what they were doing was wrong, they kept it to themselves. When Nixon tried to sic the IRS on a few powerful political enemies, the IRS told him to take a hike. When Obama’s courtiers tried to sic the IRS on thousands of ordinary American citizens, the agency went along, and very enthusiastically. This is a scale of depravity hitherto unknown to the tax authorities of the United States, and for that reason alone they should be disarmed and disbanded — and rebuilt from scratch with far more circumscribed powers.

Here’s another congressional-subcommittee transcript highlight of the week. Senator Mark Kirk of Illinois asks the attorney general if he’s spying on members of Congress and thereby giving the executive branch leverage over the legislative branch. Eric Holder answers:

“With all due respect, senator, I don’t think this is an appropriate setting for me to discuss that issue.”

Senator Kirk responded that “the correct answer would be, ‘No, we stayed within our lane and I’m assuring you we did not spy on members of Congress.’” For some reason, the attorney general felt unable to say that. So I think we all know what the answer to the original question really is.

Holder had another great contribution to the epitaph of the Republic this week. He went on TV to explain that he didn’t really regard Fox News’s James Rosen as a “co-conspirator” but had to pretend he did to the judge in order to get the judge to cough up the warrant. So rest easy, America! Your chief law officer was telling the truth when he said he hadn’t lied to Congress because in fact he’d been lying when he said he told the truth to the judge.

If you lie to one of Holder’s minions, you go to jail: They tossed Martha Stewart in the slammer for being insufficiently truthful to a low-level employee of the attorney general’s. But the attorney general can apparently lie willy-nilly to judges and/or Congress.

This, incidentally, is at the heart of the revelation (in a non-U.S. newspaper, naturally) that hundreds of millions of Americans’ phone records have been subpoenaed by the United States government. In 2011, Eric Holder’s assistant attorney general Todd Hinen testified to the House Judiciary Committee that “on average, we seek and obtain Section 215 orders less than 40 times per year.” Forty times per year doesn’t sound very high, does it? What is that — the cell phones of a few Massachusetts Chechens and some Yemeni pen-pals? No. The Verizon order will eventually be included as just another individual Section 215 order, even though it covers over a hundred million Americans. Ongoing universal monitoring of mass populations is being passed off to Congress and the public as a few dozen narrowly targeted surveillance operations. Mr. Hinen chose his words more carefully than his boss, but both men are in the business of deceiving the citizenry, their elected representatives, and maybe the judges, too.

Perhaps this is just the way it is in the panopticon state. Tocqueville foresaw this, as he did most things. Although absolute monarchy “clothed kings with a power almost without limits” in practice “the details of social life and of individual existence ordinarily escaped his control.” What would happen, Tocqueville wondered, if administrative capability were to evolve to bring “the details of social life and of individual existence” within the King’s oversight? Eric Holder and Lois Lerner now have that power. My comrade John Podhoretz, doughty warrior of the New York Post, says relax, there’s nothing to worry about. But how do I know he’s not just saying that because Eric Holder’s monitoring his OnStar account and knows that when he lost his car keys last Tuesday he was in the parking lot of Madam Whiplash’s Bondage Dungeon?

It may be that the strange synchronicity between the president and the permanent bureaucracy is mere happenstance and not, as it might sound to the casual ear, the sinister merging of party and state. Either way, they need to be pried apart. When the state has the capability to know everything except the difference between right and wrong, it won’t end well.

— Mark Steyn, a National Review columnist, is the author of After America: Get Ready for Armageddon. © 2013 Mark Steyn
Posted by jtf at 6:34 AM