The American dream in an automobile

By George F. Will
The Washington Post
http://www.washingtonpost.com
May 12, 2012 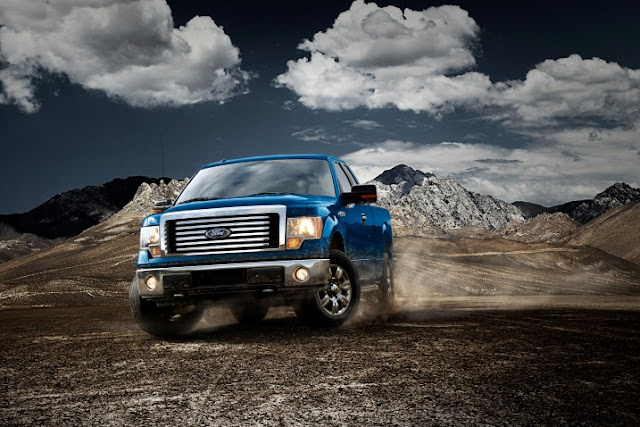 “You have a Prius. . . . You probably compost, sort all your recycling, and have a reusable shopping bag for your short drive to Whole Foods. You are the best! So, do we really need the Obama sticker?”

The connection between cars and self-image is as American as the anti-Prius, the F-150 pickup truck. This connection is the subject of the entertaining and instructive book “Engines of Change: A History of the American Dream in Fifteen Cars” by Paul Ingrassia, a journalist knowledgeable about the automobile industry. He thinks the hinge of our history was the 1920s, when General Motors’ LaSalle was introduced as a conspicuous-consumption alternative to Henry Ford’s pedestrian, so to speak, Model T. Since then, Ingrassia says, American culture has been a tug of war “between the practical and the pretentious, the frugal versus the flamboyant, haute cuisine versus hot wings.”

The Model T, born in 1908, was priced at $850. By 1924, it was offered only in black but cost just $260 and had America on the move. Three years later — the year Babe Ruth hit 60 home runs and Charles Lindbergh flew the Atlantic — the LaSalle, a Cadillac sibling, announced Detroit’s determination to join Hollywood as a manufacturer of visual entertainment, but working in chrome rather than celluloid. The phrase “It’s a Duesie” became an American encomium in tribute to the Duesenberg, which sold for upward of $20,000, or $245,000 in today’s dollars.

In 1953, after almost 25 years of Depression and war, the Korean armistice signaled the restoration of the pleasure principle, as did the December appearance of two first editions — of Hugh Hefner’s Playboy magazine and Chevrolet’s Corvette. That car’s designer, Zora Arkus-Duntov — English was his fourth language — explained: “In our age where the average person is a cog wheel who gets pushed in the subways, elevators, department stores, cafeterias . . . the ownership of a different car provides the means to ascertain his individuality to himself and everybody around.” Ere long, Supreme Court Justice Clarence Thomas’s Corvette license plate read “RES IPSA,” lawyer’s Latin for “It speaks for itself.” And loudly.

The 1950s brought tail fins (justified as safety devices — “directional stabilizers”) on land yachts such as the 21-foot-long 1959 Cadillac. A small-is-beautiful reaction came in the form of a car originally named the Kraft durch Freude Wagen (“Strength through Joy Car”), a clunky name no one criticized, because it was bestowed by the Volkswagen’s progenitor, Adolf Hitler, the unlikely father of the emblematic vehicle of 1960s hippies, the VW Microbus. (Steve Jobs sold his for startup capital for his business.)

Thanks to Ralph Nader, Chevrolet’s small Corvair begat a growth industry — lawsuits — and a president. (The Corvair made Nader famous, and 35 years later his 97,000 Florida votes gave George W. Bush the presidency.) Baby boomers had babies so they had to buy minivans, but got revenge against responsibilities by buying “the ultimate driving machine.” This is from a 1989 Los Angeles Times restaurant review: “There they are, the men with carefully wrinkled $800 sports jackets . . . the BMW cowboys . . . they’re all here, grazing among the arugula.”

Boomers, says Ingrassia, “had to buy to live, just as sharks had to swim to breathe.” They bought stuff that screamed: “Cognoscenti!” Dove bars — the ultimate ice cream bar? — not Eskimo Pies. Anchor Steam, not Budweiser. Starbucks, not Dunkin’ Donuts. And Perrier, when gas cost less than designer water. In 1978, an early reaction against all this made Ford’s F-150 pickup what it still is, America’s best-selling vehicle.

In 2003, Toyota previewed its second-generation Prius at Whole Foods supermarkets and an international yoga convention. And in the cartoon town of South Park, Priuses became so popular the town developed a huge cloud of “smug.”

Prius, vehicle of the vanguard of the intelligentsia, does not have the most obnoxious name ever given an automobile. In 1927, Studebaker, which anticipated the Prius mentality, named one of its models the Dictator. The car supposedly dictated standards that the unwashed would someday emulate. In the mid-1930s, Studebaker canceled the name.

Email ThisBlogThis!Share to TwitterShare to FacebookShare to Pinterest
Labels: Books and Things, Economics, George Will