Recalling the Twang That Was Alt-Country: A Genre Rides Into the Sunset 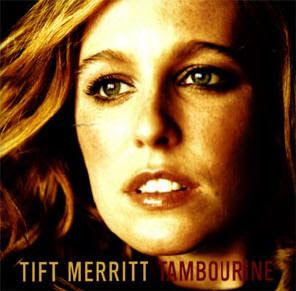 Whatever happened to alt-country?

You can still find the phrase, a 1990’s coinage, bandied about in press kits and album reviews, along with its even vaguer synonym, Americana. An abbreviation of alternative country, it generally identifies music that draws on American folk and country traditions but stands apart from commercial Nashville. But it has been applied so widely — to punk-rockers playing Hank Williams songs, bluegrass purists and all manner of singer-songwriters in between — that it has always been hard to tell whether it means much of anything.

Recent releases by artists once pegged as standard-bearers for the genre have veered well away from anything that could be called country music. For example, Jeff Tweedy got his start in the rootsy band Uncle Tupelo, which he formed with the singer and guitarist Jay Farrar (who now plays austere heartland rock with Son Volt). But Mr. Tweedy’s current band, Wilco, has ventured into a kind of hazy, sometimes experimental, rock. Ryan Adams, who led the neo-honky-tonkers Whiskeytown in the 90’s, has covered a lot of stylistic ground in his prodigious solo output, from punk to U2-like anthemic rock. And on the latest album by the singer Neko Case, “Fox Confessor Brings the Flood,” the twang and two-steps that colored her early efforts have been subsumed by noirish pop.

Even the magazine No Depression, which since 1995 has served as the niche’s devoted chronicler, recently dropped its long-running tag line — promising to cover “alt-country (whatever that is)” — in favor of “the past, present and future of American music.”

Then there are the Jayhawks, who called it quits last year after two decades. In a career that produced seven albums, a couple of minor hits and an enthusiastic fan base that never quite propelled them beyond cult status, the band traced the evolution and eventual dissolution of the idea of alt-country. And two new albums by Jayhawks alumni suggest how shaky that tag is.

Last month, the band’s longtime drummer, Tim O’Reagan, released his first solo album, “Tim O’Reagan,” filled with wistful, shimmering power pop. And Tuesday marks the arrival of “Another Fine Day,” the third full-length album from the sporadic side project Golden Smog, which includes the former Jayhawks Gary Louris and Marc Perlman, along with friends like Mr. Tweedy of Wilco and Dan Murphy of Soul Asylum. Although Mr. Louris is now 51 and almost everybody else on the album is over 40, it is the most electrified of the Golden Smog CD’s that have appeared at irregular intervals since 1992.

“It’s more of a letting go and saying, well, this is what we like,” Mr. Louris said in a phone interview from Spain, where he lives part of the year. “This one’s got a little more noise to it.”

Mr. Louris is having a busy year: besides his work with Golden Smog, he co-wrote four songs on the latest Dixie Chicks album and contributed music to the crossword-puzzle documentary “Wordplay.” Like a lot of artists identified as alt-country, he said he had always found the label suspect.

“Alternative country is just such a sweeping generalization,” he said. “We never did and still to this day don’t feel part of a scene or a movement. Really, we were all floating around in our own different band worlds.”

The Jayhawks’ world revolved around Minneapolis, where Mr. Louris met the singer-songwriter Mark Olson in the mid-80’s while both were in rockabilly bands. In a phone interview from Northern California, Mr. Olson said that he had been a fan of the city’s fertile punk scene, which produced Hüsker Dü, the Replacements, Soul Asylum and others, but that “it wasn’t really something that I felt like I could do that well.”

Two locally produced releases highlighted the loping melodies and reedy but rich harmonies of Mr. Louris and Mr. Olson. Their recombinant country-rock caught the ear of George Drakoulias, at the time an executive and producer for Rick Rubin’s label Def American. He signed them and produced their next album, 1992’s well-reviewed “Hollywood Town Hall.” Coming out within a year of Uncle Tupelo’s major-label debut, “Anodyne,” it seemed like a forerunner of a neo-roots movement.

But Mr. Perlman, the band’s bassist and third founding member, said in an interview from St. Paul that he saw the Jayhawks more as part of a continuum. He cited early-80’s California bands like Green on Red and the Long Ryders, who in turn were picking up the mantle of Gram Parsons, the Flying Burrito Brothers and the first wave of country-rockers.

“I just don’t agree with the idea that we were the progenitors of anything,” Mr. Perlman said. “We just kind of did what we did.”

In any case, hopes were high for the Jayhawks’ 1995 album, “Tomorrow the Green Grass.” With a fuller sound — courtesy of keyboards and vocals from a new member, Karen Grotberg — and a radio-ready single in the soaring “Blue,” it was the band’s most assured work to date. But it advanced their commercial prospects only marginally; as Mr. Olson noted, they were still consigned to opening slots on other people’s tours.

But he said the Jayhawks helped create a space in the marketplace for what came to be called Triple-A (a k a adult acoustic alternative) performers like Counting Crows, the Wallflowers and Sheryl Crow. “The lesson is, whoever opens the door, other people come running through it,” Mr. Drakoulias said.

Fed up, Mr. Olson quit at the end of the “Green Grass” tour to write and record with the eclectic singer-songwriter Victoria Williams, whom he had recently married. (They have since divorced.) But, to the surprise of fans and even some band members, the Jayhawks did not disband. Their label encouraged them not to relinquish the fan base built over the past decade. As Mr. O’Reagan, who had joined on drums in 1995, recalled it, “The people with the money were like, ‘It’s brand recognition.’ ”

The decision to continue, with Mr. Louris as frontman and Mr. O’Reagan filling in the harmonies, angered Mr. Olson. “There were bad feelings,” Mr. Louris said. “We didn’t talk to each other for a long time.”

The rift still resounds on Internet message boards devoted to the band, where some argue for the primacy of the Olson-Louris era. But there are also fans who hold their final three releases — “Sound of Lies” (1997), “Smile” (2000) and “Rainy Day Music” (2003) — in higher regard than they do the earlier ones. (“I’m Gonna Make You Love Me,” from “Smile,” became perhaps the group’s most recognizable song when it was licensed for a Ralph Lauren commercial.)

Those albums, especially “Lies” and “Smile,” found the band moving away from its heartland sound toward the British rock and 60’s pop that Mr. Louris counts as his earliest influences. The band was categorized as alt-country, but no longer sounded much like it.

Tift Merritt, a younger singer whose country-soul-pop has drawn the same tag, said alt-country has largely become a way to identify artists who “don’t have a place to go in a convenient bin in the record store.”

“Think about Ray Charles making a country record,” said Ms. Merritt, a Jayhawks fan who enlisted Mr. Louris for harmonies on her last album. “Is that country, or is that alt-country?”

Mr. Olson, who recorded seven albums with his band the Creekdippers, said labeling the Jayhawks’ music was never his biggest concern. “We wanted to be really good songwriters,” he said, “and try to write songs that lasted.”

That, at least, seems to have worked out. After reconciling a few years ago, he and Mr. Louris toured together last year, resurrecting their old songs and harmonies for enthusiastic crowds. They have plans for a future album, although probably not under the Jayhawks name.
So what has happened to alt-country?

“I don’t think anything’s happened to it,” Mr. Olson said, cheerfully. “It’s probably just the same as it was then. There’s a certain amount of people who when they put on those old records go, ‘I gotta play something like this.’ And they start doing it.”

And if some of those old records are by the Jayhawks, that’s fine with him.
Posted by jtf at 9:15 AM