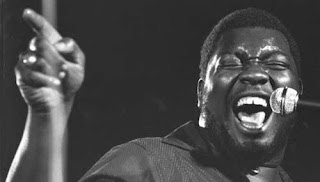 Wilson Pickett, the soul music pioneer whose insistent wail turned songs like "In the Midnight Hour" into hits, died yesterday in Virginia. He was 64.

The cause was a heart attack, Margo Lewis, his manager, said. She added that Mr. Pickett had spent the twilight of his career playing dozens of concert dates a year, but had finally started an extended hiatus last year as his health began to worsen.

Still, Mr. Pickett, who lived in Ashburn, Va., had enjoyed a series of accolades as he approached retirement. His first album in more than a decade - 1999's "It's Harder Now" - was honored with a Grammy nomination for best traditional rhythm and blues vocal performance. In 2000, he picked up three W. C. Handy Awards from the Blues Foundation, including one for comeback album of the year.

At the close of 2004, however, "we sort just said, 'Let's take a year off,' and eased him out of the responsibility of having to think about gigging," Ms. Lewis said. "It wasn't necessary for him financially."

Born in Prattville, Ala., Mr. Pickett was one of 11 children; he told interviewers that he had suffered an abusive childhood. As a teenager he moved to Detroit, where he formed a gospel band, the Violinaires, that performed in local churches.

While the Falcons enjoyed modest success, Mr. Pickett struck out on his own, recording the song "If You Need Me." His performance hit the market at roughly the same time the soul singer Solomon Burke released his own version. Still, both treatments sold well, and Mr. Pickett soon had a contract with Atlantic Records.

He quickly cranked out a series of hits, including one of his signature songs, "In the Midnight Hour." Most of his songs were recorded in either Memphis or Muscle Shoals, Ala., which at the time were the hotbeds of soul recording activity in the South. His sidemen included Southern musicians like the guitarist Steve Cropper (who co-wrote "Midnight Hour" and other songs with Mr. Pickett) and, later, the guitarist Duane Allman of the Allman Brothers.

He soon found himself with the nickname "Wicked Pickett" - which has been described as a reference both to his screaming delivery and to his offstage behavior.

He continued to record songs that would become part of the soul canon, including "Funky Broadway" and "Everybody Needs Somebody to Love." He also earned a reputation as one of music's most compelling live performers, delivering stage shows in which he mixed gospel-tinged solemnity with funk stylings that evoked James Brown.

Through the 1970's, Mr. Pickett reached beyond his own repertory, covering songs by Randy Newman ("Momma Told Me Not to Come"), Steppenwolf ("Born to Be Wild"), the Beatles ("Hey Jude") and even the Archies ("Sugar Sugar").

Like other soul performers, he found his star beginning to wane with the advent of disco and other genres in the 1970's. He enjoyed a revival of sorts in 1991, when he was inducted into the Rock and Roll Hall of Fame. His music also featured prominently in the film "The Commitments," about a start-up Irish band seeking its fortune in soul music.

But he also suffered from a string of run-ins with the law. In 1991, he was arrested and charged with shouting death threats while driving his car over the mayor's front lawn in Englewood, N.J., where he lived at the time. About a year later he was charged with assaulting his girlfriend. In 1993, Mr. Pickett was convicted of drunken driving, also in Englewood, and sentenced to a year in jail and five years' probation.

Reflecting on his career years after his chart performance had begun to slip, Mr. Pickett said he had once harbored mixed feelings about abandoning his gospel roots, fearing that "if you leave God and go to the devil, you're going to go to hell," as he told Rolling Stone. "You see, I wanted to sing gospel, but I wanted to make me some money, too."
Posted by jtf at 2:36 PM