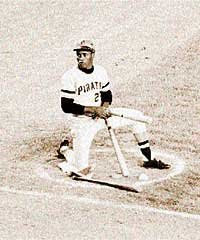 More than three decades after Pirates outfielder Roberto Clemente died in a plane crash while on a mercy mission to Nicaragua, Leland's, an online sports auction house, is selling pieces of the wreckage as sports memorabilia.

The news, first reported by The New York Times, angered the Clemente family, which has vowed legal action.

"Obviously, we're talking to attorneys. ... We're going to try to stop this," said son Roberto Clemente Jr., in an interview yesterday with KDKA-TV.

"The most upsetting part for the family is that you're taking an auction that's supposed to be about baseball, and parts of the plane where my father died have nothing to do with baseball," said Clemente.

"For us, it's shocking that someone would actually put that in as [items] for an auction without even asking the family if it was OK," he said.

Officials at the auction house could not be reached for comment yesterday.

Clemente was a baseball legend, not just in Pittsburgh but in his native Puerto Rico and in the worldwide Latin community. He had 3,000 hits, a career batting average of .317 and 240 home runs in 18 major league seasons.

He died on New Year's Eve 1972, at age 38, while trying to deliver relief supplies to earthquake victims in Nicaragua.

His plane, a DC-7 cargo plane, crashed at sea after takeoff from San Juan, Puerto Rico, killing five passengers, including Clemente, whose body was never recovered.

Two parts of the plane, a propeller and a piece of metal, are being sold on Leland's Web site, www.lelands.com, in an auction scheduled to end June 24.

More than 30 Clemente-related items are part of the auction, including signed baseballs and photographs, a game-worn hat, a business card, a coin set and even photos of Clemente getting a haircut.

One item, the "Roberto Clemente Tragedy Collection," includes photos and newspaper articles about the crash from his native Puerto Rico and his adopted city of Pittsburgh.

In marketing the ill-fated plane's 14-by-79-inch propeller, auctioneers seemed to acknowledge in promotional material that the sale might be upsetting to some.

"While we realize the piece may send a cold chill up your back, remember it for the humanitarian mission it was on when it fell to the sea. And remember Roberto Clemente for everything he was," they wrote.

According to a narrative on the Web site describing the propeller, divers were able to recover a few pieces of the plane after the crash. These were supposedly offered to the Clemente family, but they declined. A local pilot asked authorities if he could have them as a tribute to Roberto, who was his hero. The pilot retained the pieces for 30 years.

"I didn't know what to think at the time ... it was pretty hard to do my show," said Clemente, who added that he didn't mention the auction during the show.