The Race Card, Football and Me

My critics would have you believe no conservative meets NFL 'standards.'

David Checketts, an investor and owner of sports teams, approached me in late May about investing in the St. Louis Rams football franchise. As a football fan, I was intrigued. I invited him to my home where we discussed it further. Even after informing him that some people might try to make an issue of my participation, Mr. Checketts said he didn't much care. I accepted his offer.

It didn't take long before my name was selectively leaked to the media as part of the Checketts investment group. Shortly thereafter, the media elicited comments from the likes of Al Sharpton. In 1998 Mr. Sharpton was found guilty of defamation and ordered to pay $65,000 for falsely accusing a New York prosecutor of rape in the 1987 Tawana Brawley case. He also played a leading role in the 1991 Crown Heights riot (he called neighborhood Jews "diamond merchants") and 1995 Freddie's Fashion Mart riot. 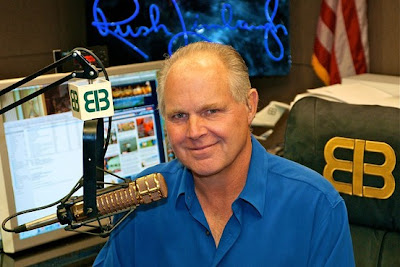 Not to be outdone, Jesse Jackson, whose history includes anti-Semitic speech (in 1984 he referred to Jews as "Hymies" and to New York City as "Hymietown" in a Washington Post interview) chimed in. He found me unfit to be associated with the NFL. I was too divisive and worse. I was accused of once supporting slavery and having praised Martin Luther King Jr.'s murderer, James Earl Ray.

Next came writers in the sports world, like the Washington Post's Michael Wilbon. He wrote this gem earlier this week: "I'm not going to try and give specific examples of things Limbaugh has said over the years because I screwed up already doing that, repeating a quote attributed to Limbaugh (about slavery) which he has told me he simply did not say and does not reflect his feelings. I take him at his word. . . . "

Mr. Wilbon wasn't alone. Numerous sportswriters, CNN, MSNBC, among others, falsely attributed to me statements I had never made. Their sources, as best I can tell, were Wikipedia and each other. But the Wikipedia post was based on a fabrication printed in a book that also lacked any citation to an actual source.

I never said I supported slavery and I never praised James Earl Ray. How sick would that be? Just as sick as those who would use such outrageous slanders against me or anyone else who never even thought such things. Mr. Wilbon refuses to take responsibility for his poison pen, writing instead that he will take my word that I did not make these statements; others, like Rick Sanchez of CNN, essentially used the same sleight-of-hand.

The sports media elicited comments from a handful of players, none of whom I can recall ever meeting. Among other things, at least one said he would never play for a team I was involved in given my racial views. My racial views? You mean, my belief in a colorblind society where every individual is treated as a precious human being without regard to his race? Where football players should earn as much as they can and keep as much as they can, regardless of race? Those controversial racial views?

The NFL players union boss, DeMaurice Smith, jumped in. A Washington criminal defense lawyer, Democratic Party supporter and Barack Obama donor, he sent a much publicized email to NFL Commissioner Roger Goodell saying that it was important for the league to reject discrimination and hatred.

When Mr. Goodell was asked about me, he suggested that my 2003 comment criticizing the media's coverage of Donovan McNabb—in which I said the media was cheerleading Mr. McNabb because they wanted a successful black quarterback—fell short of the NFL's "high standard." High standard? Half a decade later, the media would behave the same way about the presidential candidacy of Mr. Obama.

Having brought me into his group, Mr. Checketts now wanted a way out. He asked me to resign. I told him no way. I had done nothing wrong. I had not uttered the words these people were putting in my mouth. And I would not bow to their libels and pressure. He would have to drop me from the group. A few days later, he did.

As I explained on my radio show, this spectacle is bigger than I am on several levels. There is a contempt in the news business, including the sportswriter community, for conservatives that reflects the blind hatred espoused by Messrs. Sharpton and Jackson. "Racism" is too often their sledgehammer. And it is being used to try to keep citizens who don't share the left's agenda from participating in the full array of opportunities this nation otherwise affords each of us. It was on display many years ago in an effort to smear Clarence Thomas with racist stereotypes and keep him off the Supreme Court. More recently, it was employed against patriotic citizens who attended town-hall meetings and tea-party protests.

These intimidation tactics are working and spreading, and they are a cancer on our society.

Mr. Limbaugh is a nationally syndicated talk radio host.
Posted by jtf at 7:40 AM