After Ted Williams’s death seven years ago and during the ensuing controversy over the cryonic preservation of his remains, his daughter Claudia was rarely, if ever, heard. Her brother, John Henry, was more the public figure, the one who occasionally spoke for their father and ran the Red Sox icon’s businesses. John Henry Williams died of leukemia in 2004. 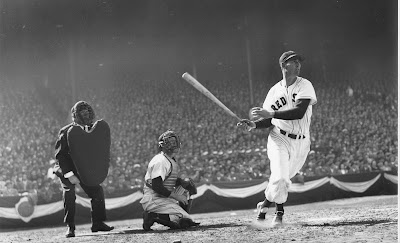 But in HBO’s new documentary, “Ted Williams: There Goes the Greatest Hitter That Ever Lived” (Wednesday, 9:30 p.m. Eastern), Claudia Williams stands out from the interviewees you would expect to hear discussing her father: his teammates Bobby Doerr and Johnny Pesky; Indians pitcher Bob Feller; Richard Ben Cramer, who wrote a seminal Esquire article about Williams; and the biographers John Underwood and Leigh Montville.

In the documentary, produced by Margaret Grossi, Claudia Williams talked about the volatile relationship between her father and mother, Dolores, Williams’s third wife: “It was like two chemicals hitting each other in the chemistry lab. I mean, it either was an explosion or a wonderful creation.”

She described dealing with her tempestuous father: “It was hard to keep up with his emotions. But you needed to be a duck and let that water roll off your back. And it took awhile to, to learn that. Of course, it’s tough for a little kid to get yelled at and then five minutes later we get one of these, meaning, ‘I wanna kiss from you,’ and everything’s fine.”

Claudia Williams defended the decision to freeze her father at a facility in Scottsdale, Ariz.: “We all believed in science. And that is our personal choice. It is what holds us together, what gives us hope. And if you will, that is our faith.” Her brother is also believed to be in a tank filled with liquid nitrogen at the facility, the Alcor Life Extension Foundation.

Mary Carillo, the story editor and interviewer for the 75-minute documentary, persuaded Claudia Williams to talk. “A mutual friend helped introduce me to Claudia,” Carillo wrote in an e-mail message. She said Claudia Williams was a competitive tennis player and had watched coverage on networks for which Carillo is an analyst.

“I told her what we hoped to accomplish with the film and that in the effort we would have to discuss his complicated death along with his complicated life,” Carillo said. “She listened and understood and in a few weeks, we went to her home and sat with her and asked the questions. In the end, I suppose she trusted that we’d be good to our word.”

She added, “I also think Claudia sees her father with clear eyes.” 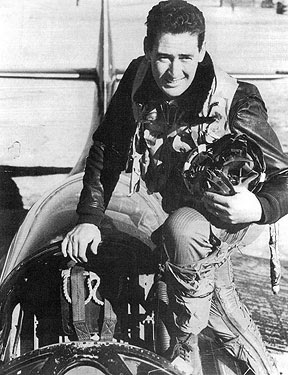 Carillo said that Claudia Williams had declined to speak for years because the criticism about the freezing of her father “was so ferocious, and I guess she’d felt she couldn’t fight the unrelenting ill will toward her family.”

Carillo said that Williams had also spoken to Ben Bradlee Jr., who has spent several years writing a biography of her father.

Montville said Claudia Williams was the interviewee who got away for his 2004 book, “Ted Williams: The Biography of an American Hero.” In an e-mail message, Montville said, “I had three occasions where she seemed all set to talk — two that involved trips to Florida, one where she ran the Boston Marathon — and she backed out each time.”

One person interviewed in the HBO documentary, Robert Redford, makes sense only when you hear that he modeled his character Roy Hobbs in the baseball film “The Natural” after Williams, and wore his No. 9.

“I just had him in my head as the perfect character to pattern myself after, in terms of hitting and determination and the ability to block things out and focus on just what you were there for,” Redford said.

HBO's documentary, to be shown Wednesday night, is a glossy reminder of why Williams lives on as much more than the last man to hit .400 in the big leagues.

The essential Ted Williams story, as recounted by Jim Bouton in "Ball Four," happened in a batting cage before the Red Sox were to play Detroit. 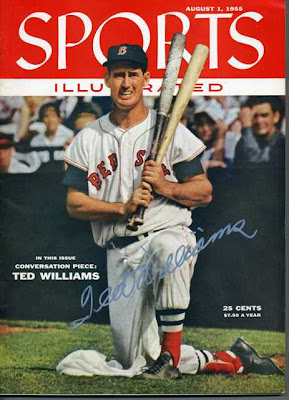 With each startling echo of each line drive, Williams talked himself into fury:

"Jesus H. Christ himself couldn't get me out."

He still is, to most of us. His goal was to make people say, "There goes the greatest hitter who ever lived," and most days he got there.

He won two Triple Crowns. No one has won one since 1967. He missed most of five seasons, thanks to World War II and Korea, and still hit 521 home runs.

It's the equivalent of going 2 for 5 every game, in the hardest endeavor of any of our major team sports. A 2 for 20 slump, and you're pretty much cooked. It also requires health, luck, a certain amount of speed and an immunity to the public clamor in late September. If steroids really did contaminate baseball in the past 15 years or so, how come nobody hit .400?

"It will take a guy who will take his walks, because he can't give away many at-bats," Mike Scioscia said the other day, "and a guy with a solid swing without much maintenance. Everybody's looking for pitching now, but the difference is, everybody's got a guy in the long bullpen who can come in and throw in the mid-90s. I don't think that happened in Ted's era. Now the specialized relieving makes it tougher, because you see different guys in a game."

Williams insisted on playing in a goodbye doubleheader, on the final day of the '41 season, even though his average could have rounded off to .400 had he sat. That familiar tale is part of "Ted Williams," the documentary that HBO will show Wednesday night. 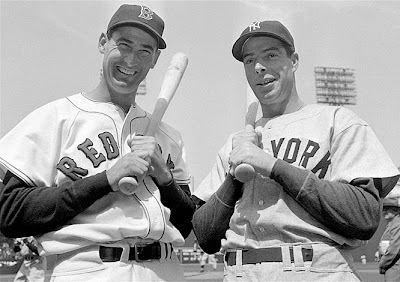 In perhaps the most interesting MVP race ever, Joe DiMaggio beat Ted Williams by one point for the 1947 AL MVP despite the fact that Williams won the Triple Crown. Williams' numbers -- .343, 32 home runs and 125 RBIs -- were far better than those of the "Yankee Clipper," who batted .315 with 20 home runs and 97 RBI for the pennant-winning Yankees. A writer left Williams off his ballot entirely, reportedly because of a disagreement between the two, costing the Splendid Splinter his second straight MVP award. (AP)

Tuesday's All-Star Game is the 10th anniversary of Williams' dramatic appearance at the Fenway Park midsummer classic, in which players who were born after he retired gathered around him like autograph hounds. Nolan Ryan is perhaps the only player, in the eyes of his peers, who can be called a walking monument, like Williams.

Updike was at Fenway in 1960 when Williams homered in his final at-bat and refused to tip his cap or wave from the dugout, then skipped out on the writers. "Gods do not answer letters," Updike observed.

(Mary Carillo, the most literary and intellectual of all TV sports analysts, was the lead interviewer and, with typical grace and propriety, stayed off-air.)

Williams' psychic pull was no less forceful even though Redford, for one, did not see him on TV. That is a lesson in itself. It's hard to be bigger than life when you're familiar. That was his problem in Boston, where he arrived with brittle emotions at 20 and never forgave fans and writers for piling on.

He was only 22 when he hit .406. Boston basically watched him fail to grow up for all those years, but teammates loved him. He was John Wayne, as biographer Leigh Montville said. And maybe with a dash of Bobby Knight.

The ugly conclusion is also examined, with daughter Claudia's steely insistence that everything happened as Ted would have wanted. Son John Henry pushed his dad to sign memorabilia nonstop, but also was there for him in a way that hadn't been reciprocated.

Ted Williams was relentlessly natural and anti-corporate, never a brand. In HBO's typically comprehensive fashion, we find ourselves learning about a man we thought we knew. And that might be the definition of journalism.

We also learn that Williams, who died in 2002, lived long enough to see .400 hold up. He also died knowing that everyone else knew who the greatest hitter was.

Contact the writer: mwhicker@ocregister.com
Posted by jtf at 6:57 AM