Ruth Bader Ginsburg and a Question of Eugenics

Does Ginsburg see eugenic culling as a compelling state interest?

Here’s what Supreme Court Justice Ruth Bader Ginsburg said in Sunday’s New York Times Magazine: “Frankly I had thought that at the time [Roe v. Wade] was decided,” Ginsburg told her interviewer, Emily Bazelon, “there was concern about population growth and particularly growth in populations that we don’t want to have too many of.” 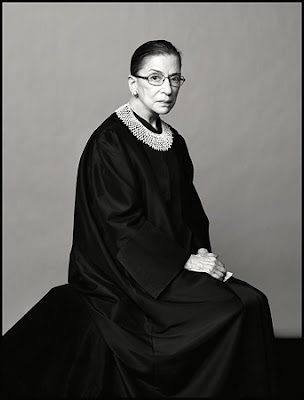 The comment, which bizarrely elicited no follow-up from Bazelon or any further coverage from the New York Times — or any other major news outlet — was in the context of Medicaid funding for abortion. Ginsburg was surprised when the Supreme Court in 1980 barred taxpayer support for abortions for poor women. After all, if poverty partly described the population you had “too many of,” you would want to subsidize it in order to expedite the reduction of unwanted populations.

Left unclear is whether Ginsburg endorses the eugenic motivation she ascribed to the passage of Roe v. Wade or whether she was merely objectively describing it. One senses that if Antonin Scalia had offered such a comment, a Times interviewer would have sought more clarity, particularly on the racial characteristics of these supposedly unwanted populations.

Regardless, Ginsburg’s certainly right that abortion has deep roots in the historic effort to “weed out” undesired groups. For instance, Margaret Sanger, the revered feminist and founder of Planned Parenthood, was a racist eugenicist of the first order. Even more perplexing: She’s become a champion of “reproductive freedom” even though she proposed a “Code to Stop Overproduction of Children,” under which “no woman shall have a legal right to bear a child without a permit.” (Poor blacks would have had a particularly hard time getting such licenses from Sanger.)

If Ginsburg does see eugenic culling as a compelling state interest, she’d be in fine company on the court. Oliver Wendell Holmes was a passionate believer in such things. In 1915, Holmes wrote in the Illinois Law Review that the “starting point for an ideal for the law” should be the “coordinated human effort . . . to build a race.”

In 1927, he wrote a letter to his friend, Harold Laski, telling him, “I . . . delivered an opinion upholding the constitutionality of a state law for sterilizing imbeciles the other day — and felt that I was getting near the first principle of real reform.” That was the year he wrote the majority opinion in Buck v. Bell (joined by Louis Brandeis) holding that forcibly sterilizing lower-class women was constitutional. In recent years, openly discussing the notion of eugenic aspects of abortion has become taboo. But as Ginsburg’s comments suggest, the taboo hasn’t eliminated the idea; it’s merely sent it underground.

To be sure, some heterodox liberals speak up. The writer Nicholas von Hoffman has written: “Free, cheap abortion is a policy of social defense. To save ourselves from being murdered in our beds and raped on the streets, we should do everything possible to encourage pregnant women who don’t want the baby and will not take care of it to get rid of the thing before it turns into a monster.”

In 1992, Ron Weddington, co-counsel in the Roe v. Wade case, wrote a letter to President-elect Clinton, imploring him to rush RU-486 — a.k.a. “the abortion pill” — to market as quickly as possible.“(Y)ou can start immediately to eliminate the barely educated, unhealthy and poor segment of our country,” Weddington insisted. All the president had to do was make abortion cheap and easy for the populations we don’t want. “It’s what we all know is true, but we only whisper it. . . . Think of all the poverty, crime and misery . . . and then add 30 million unwanted babies to the scenario. We lost a lot of ground during the Reagan-Bush religious orgy. We don’t have a lot of time left.”

Weddington offered a clue about who, in particular, he had in mind: “For every Jesse Jackson who has fought his way out of the poverty of a large family, there are millions mired in poverty, drugs and crime.” Ah, right. Jesse Jackson. Got it.

Unlike Bazelon, I for one would like to know whether Ginsburg believes there were — or are — some populations in need of shrinking through abortion and whether she thinks such considerations have any place at the Supreme Court.

And while we’re at it, it would be interesting to know what Supreme Court nominee Sonia Sotomayor thinks about such things.