For Vince Flynn, a new book and new sense of mortality 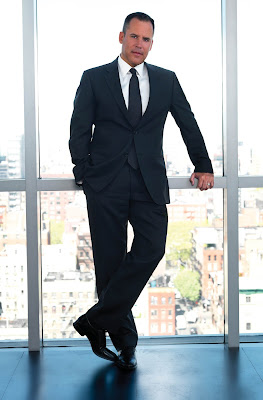 Vince Flynn made his mark writing about counter terrorism operative Mitch Rapp, who lives on the edge, undertakes seemingly insurmountable challenges and eludes death. Yet, until this past year, the local novelist spent little time contemplating his own mortality.

In November 2010, Flynn returned to Minnesota after a grueling promotional tour of his 12th novel, "American Assassin". He had been plagued by pain in his hip but attributed it to old sports injuries. In fact, the 44-year-old had Stage 3 metastatic prostate cancer, a disease that commonly afflicts men older than 65.

While the initial diagnosis was grim, he was soon told it was not a death sentence. Today, after undergoing dozens of radiation treatments and hormone therapy, he has a positive attitude, an optimistic prognosis and a lot of resolve.

Flynn publishes a novel each fall, and he was determined to do so in 2011. But pain and fatigue became so debilitating he couldn't write enough to meet his deadline. He postponed his publication date to this week and decided against his customary book tour.

His trademark has been his prescient ability to write fictional accounts that mirror contemporary events. But like "American Assassin", his new book, "Kill Shot", focuses on the early days of Rapp's career with the CIA. Written as a tribute to author Robert Ludlum, it's more character-driven and less action-packed than some of his earlier work. However, it provides a context for readers to understand

who would become an American assassin - and why, Flynn said. He plans to write a third prequel eventually, but his next novel will be set in the present day.

Though we met to talk about the book, our conversation lingered on cancer and life's challenges. "As you know, the word 'cancer' will strike the fear of God into anyone, and if it doesn't it's because they've never had to sit in a doctor's room and be told they have it," he said. "Once it happens, you cannot help but think of your own mortality. I've never been a person who has spent a great deal of time thinking about my own death, but it's unavoidable."

While he loves to write, his family is foremost on his mind. "Where it gets difficult is when you start to think about your children and your wife and the people you could potentially leave behind, especially if you are the kind of person who hates to disappoint," he said. "So the trick is rather than become clinically depressed over that idea, you have to turn around and use it as a source of motivation. You're going to give it your all, beat it and stay alive, because you want to see your kids graduate, you want to see your kids get married and you want to meet your grandkids some day, and it doesn't do you any good to sit around imagining your own funeral and feeling sorry for yourself."

And everything is relative. Speaking of the military he champions, he said, "Eighteen-year-old soldiers go overseas and never come back, get married or have a child....One of the keys for me dealing with this has always been an attitude I've carried through my whole life, which is I don't care how bad you think you have it, somebody else has it worse than you do."

That's not to say it has been easy. The hormone treatment carries significant side effects. "I've always had good control over my emotions and faculties. The first couple of months it was like having an out-of-body experience," he said. "You spend your whole life being a man and all of a sudden noises are bothering you and your short-term memory has gone to hell. That was hard."

He credits phenomenal medical care, faith, family and friends for helping him to feel better than he has in years, now that the treatment has eliminated his chronic pain. Yet, his professional training played a role, too.

"My career as a writer has really prepared me for this battle with cancer. Writing a book is the longest sales cycle on the planet. You have to get up every day and you have to write; you have to continue to write; you have to throw another pebble on top of the pile and at the end of the year you have your 400 pages and you have a completed novel. Nothing happens fast. Just to get published, you have to overcome odds that are worse than beating cancer, and you can't take your eye off the end game, which is to get published and then to work really hard to make sure that your book sells and you tour and you market and you bust your ass and then finally 10 years later you've established yourself."

- Caryn Sullivan of Mendota Heights is a contributing columnist for the Pioneer Press. Her website is carynsullivanscribe.com. Her email address is carynsullivan scribe@gmail.com.
Posted by jtf at 11:00 AM