When Aldous Huxley wrote his prophetic 1932 novel, Brave New World, he envisioned a dystopian future in which mankind would become, in the words of bioethicist Leon Kass, “so dehumanized that he doesn’t even realize what has been lost.”

Huxley believed we would evolve into a society steeped in radical hedonism — where drugs would be used to erase every negative emotion and promiscuity would be not just common but the norm. He also saw us as becoming profoundly utilitarian and eugenic, depicted in his novel by genetically engineered babies being decanted through a cloning-type process rather than being born, and then propagandized rather than educated, so as never to question the existing order. Huxley’s Brave New World is a society without families, without the old and sick — who are done away with rather than cared for — and without real purpose other than experiencing transitory pleasure. 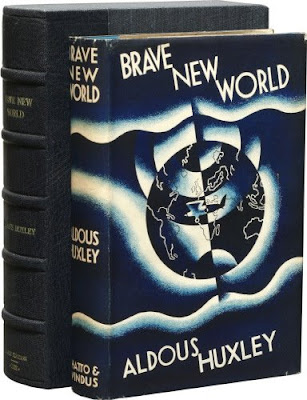 Looking around, can we have any doubt of Huxley’s prescience? But as acute as his prophetic faculties were, he did miss one crucial feature of the coup de culture against which he warned: The minions of Brave New World believed in nothing. However, as an intrinsically moral species, we may be congenitally incapable of literal agnosticism: We will always believe in something — and that “something” increasingly looks like a radical earth religion that views human beings as the enemies of the planet.

Over the last few hundred years in the West, the moral foundations of society were profoundly pro-human. Judeo-Christian moral philosophy and secular humanism both promoted human flourishing and the protection of individual rights as primary purposes of society. But in recent years we have witnessed a rebellion against “human exceptionalism” — the view that ultimate moral value comes with being a member of the human species. Spain, for example, has passed the Great Ape Project into law, declaring that chimpanzees and gorillas are part of the “community of equals” with people. Switzerland has declared that individual plants have “intrinsic dignity” and that “decapitating” wildflowers is a great moral wrong. Ecuador’s new constitution provides for “rights of nature” that are equal to those of Homo sapiens. The Australian Broadcasting Corporation has a website called “Planet Slayer” aimed at children. It features “Dr. Schpinkee’s Greenhouse Calculator,” which helps kids add up their carbon score, a game that ends with a “carbon hog” bloodily exploding. Above its remains a legend appears, telling the respondent how much longer he can live before he will have used up his “share of the planet.”

Here and abroad, environmentalism itself seems to be evolving from a movement dedicated to conserving resources, preserving pristine areas, and protecting endangered species into an anti-humanistic ideology that increasingly disdains humankind as a scourge that literally threatens the existence of “the planet.” This subversion of environmentalism was conceived and gestated in the Deep Ecology movement, inspired by Norwegian philosopher Arne Næss in the 1970s. Næss promoted an “environmental egalitarianism” based on the belief that nature and its constituent parts should be given equal consideration with human beings.

Once flora and fauna were elevated to the level of human importance, it didn’t take long to brand human exceptionalism as arrogant and harmful to nature. Identifying ourselves as the villains, in turn, opened the door to a demoralizing nihilism that likens humanity to a vermin infestation or a viral infection afflicting the planet. Thus, Paul Watson, the fanatical head of the Sea Shepherd Conservation Society:

The planet’s ecosystem is a collective living organism and operates very much like the human body. . . . Humans are presently acting upon this body in the same manner as an invasive virus with the result that we are eroding the ecological immune system. A virus kills its host and that is exactly what we are doing with our planet’s support system. . . . Curing a body of cancer requires radical and invasive therapy, and therefore, curing the biosphere of the human virus will also require a radical and invasive approach.

Deep Ecologists push radical depopulation, perhaps to as few as 500 million people worldwide, as the best medicine to cure the human infection and again permit nature — as opposed to us — to flourish. The implications of pursuing such a radical depopulation are obviously genocidal, although Deep Ecologists surreally suggest that voluntary birth control could do the trick. Some yearn for a catastrophic pandemic to thin our ranks so we won’t have to do the dirty work ourselves.

It is tempting to roll one’s eyes and dismiss Deep Ecology’s anti-humanism as merely the kook fringe being the kook fringe. Alas, as in a Michael Crichton novel, the values of Deep Ecology have escaped the hothouse where they were expected to remain confined and invaded the popular culture, to the point where Hollywood has promoted the movement’s anti-human beliefs in major motion pictures.

The 2008 remake of The Day the Earth Stood Still is a vivid case in point. In the 1951 version, “Klaatu,” a space alien played by a mild Michael Denny, lands in a flying saucer in President’s Park in Washington, D.C., on a goodwill mission to save humanity from itself. What a difference a few decades make. In the new version, Klaatu has morphed from a benign presence into a dark and brooding enemy of all humans played by mega-star Keanu Reeves. Rather than coming to save us, Klaatu has brought a killer robot named “Gort” to slaughter us all, every man, woman, and child. 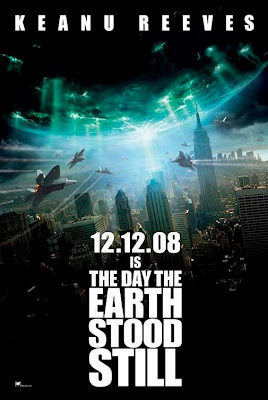 In the original, Klaatu was sent here by an intergalactic civilization worried that humans posed a potential threat to its peaceable ways. In the remake, humans are to be obliterated, not because we pose a threat to extraterrestrials, but rather — and this is literally stated — because we are killing the Earth. Indeed, the film strongly hints that Earth is a living entity — the Gaia theory embraced by some Deep Ecologists. For instance, instead of a flying saucer, Klaatu arrives in a sphere that looks like a blue planet complete with clouds. Other Earth-looking spheres soon arrive, and it quickly becomes clear that they are extraterrestrial arks removing species from Earth to be returned to thrive unmolested after the great obliteration.

As in the original, Klaatu is shot, escapes, and is befriended by a boy and his mother, who are unaware (at first) that he is the space alien. They and a scientist who won a Nobel Prize for “biological altruism” — played straight-faced by Monty Python’s John Cleese — manage to convince Klaatu that humanity is worth preserving. After all, we have classical music! But before he can call off the genocide, Gort transforms itself into a huge nano-swarm and begins the great kill-off by pulverizing all in its path.

At the last possible moment, Klaatu prevents the holocaust, but as he departs for home, his space sphere emits a pulse causing all machinery and electricity on earth to cease functioning — the clear implication being that in order to co-exist peacefully with the planet, humans must become utterly non-technological. Unmentioned in this happy ending is that such a sudden collapse in technology would result in billions of human deaths from starvation and disease.

The Day the Earth Stood Still is not the only recent A-list Hollywood movie that preaches the toxic idea that humans deserve to be wiped out for the supposedly unconscionable harm we are doing to the biosphere. In The Happening, starring Mark Wahlberg, filmmaker and writer M. Night Shyamalan, best known for the supernatural thriller The Sixth Sense, offers an apocalyptic tale of a rebellion against the oppressive human hegemony — by plants.

In the Flora Rebellion, plants release “pheromones” that cause human beings to commit mass suicide. Shyamalan depicts this catastrophe as it unfolds through the eyes of Wahlberg’s character, his wife, and the small daughter of a friend — protagonists who get steadily pushed into ever tighter corners as the mass-suicide epidemic spreads through the Northeast. At one point, they take refuge in a model home in a new housing development. Realizing that the pheromones are released when a critical mass of human beings is present, they flee as a larger group of refugees approach. As the members of the larger group begin to kill themselves en masse, Wahlberg’s nuclear family runs past a huge advertising sign for the housing development that carries the unsubtle message of the film, “Because you deserve it.”

The attacks finally end. But lest anyone think it was a fluke, an ecological expert advises on television that the plants have sent us a warning to change our ways — or else.

It is some comfort that neither of these misanthropic films did well at the box office. However, the fact remains that hundreds of millions of dollars were poured by some of our most creative talents into the production and publicity of films that used the unparalleled influence of popular entertainment to preach the darkest dogmas of deep ecology to tens of millions of viewers. Indeed, the real warning we should take from these message films is that the darkness of deep ecology has moved beyond the fringe and has begun — like the pheromones in The Happening — to infect the cultural mainstream.

— Wesley J. Smith is a senior fellow in human rights and bioethics for the Discovery Institute and a special consultant to the Center for Bioethics and Culture. His next book, to be released in the fall, will be an exposé of the animal-rights movement.


The link between Mind and Social / Environmental-Issues.

The fast-paced, consumerist lifestyle of Industrial Society is causing exponential rise in psychological problems besides destroying the environment. All issues are interlinked. Our Minds cannot be peaceful when attention-spans are down to nanoseconds, microseconds and milliseconds. Our Minds cannot be peaceful if we destroy Nature [Animals, Trees, Air, Water and Land].

Destroy the system that has killed all ecosystems.

Destroy the society that plunders, exploits and kills earth 365 days of the year and then celebrates Earth Day.

Chief Seattle of the Indian Tribe had warned the destroyers of ecosystems way back in 1854 :


To read the complete article please follow any of these links.