Wishful thinking will not bring success or security.

If only the fantasy were true: If only there actually were a dominant, pro-American, moderate Islam, an ideology so dedicated to human rights, so sternly set against savagery, that acts of terrorism were, by definition, “un-Islamic activity.” Imagine an Islam that, far from a liability, proved an asset (indeed, an indispensable asset) in combating the threat against us. Imagine that we could accurately call the threat mere “extremism” — no “Islamic” (or even “Islamist”) modifier being necessary because the “extremists” truly were a tiny, aberrant band, fraudulently “hijacking” a great religion. 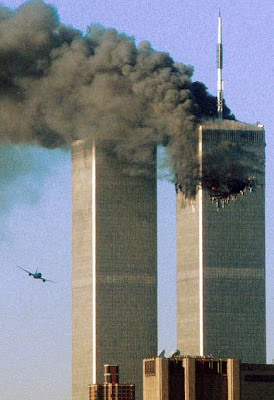 Such an Islam, over nine long years, would have risen up and made itself heard. It would have identified by name and condemned with moral outrage the imposters purporting to act in its name. It would have honored America’s sacrifice of blood and treasure in the liberation of oppressed Muslim peoples. It would have said “thank you” to our troops. It would have joined America, without ambiguity or hesitation, in crushing terror networks and dismantling the regimes that abet them. It would not have needed trillion-dollar American investments to forge democracies; it would naturally have adopted democracy on its own.

What excruciating truths have we yet failed to grasp on this ninth anniversary of 9/11? The first is that such an Islam does not exist. The second is that, despite this fact, American foreign and domestic policy continues to proceed as though it does exist — and as though it were the only real Islam. That is, nine years after Islamists made their commitment to our destruction as unmistakable as possible, nine years after the non-occurrence of all the wonderful things that would certainly have happened if the Islam of our dreams were the Islam of our reality, our national-security strategy is still steeped in fiction.

Self-delusion is a convenient policy. It resists defining missions with anything but the most detached, politically correct loftiness. Serial attacks by readily identifiable enemies seamlessly become a nebulous “war on terror,” then a “long struggle against violent extremism,” then an “overseas contingency operation.” If you stubbornly avoid saying whom you’re fighting and why, pretty soon no one remembers — the better to define down success — don’t say victory. So we gradually slide from “You’re with us or you’re with the terrorists,” to “draining the swamps,” to “the forward march of freedom,” to the creation of “democracies” that are reliable American “allies in the war on terror,” to “democracy-lite, and please pass the sharia,” to “shoot for stability,” to “Why not negotiate with the Taliban? Look how well the engagement with Iran is going.”

We may succeed in kidding ourselves, but our enemies aren’t fooled. By 9/11, Iran had been braying “Death to America!” and matching word with deed for over 20 years. The mullahs heard all the “You’re with us or with the terrorists” banter, but they also saw it followed up with a policy of entreaty, appeasement, and capitulation. So they did what any jihadist taking our measure would do: They spent the ensuing nine years helping other jihadists kill Americans. The only difference now is that they’re about to be a jihadist nuclear power — a status they must have known was a shoo-in once the chorus of American politicians began pronouncing it “unacceptable.”

In the two new “democracies” we’ve built, sharia reigns, as it was bound to do when the State Department wrote it into the new constitutions — Islam being one of our purported weapons against terrorism. One result is that homosexuals and religious minorities are brutally persecuted.

In Iraq, where half the public still sees attacks on U.S. troops as legitimate, democratic elections are now contests in which candidates vie to show who is most anti-American. To the new Iraq, Iran is the most important ally. Indeed, if war broke out with Iran tomorrow, American forces in Iraq would be barred from launching attacks against Tehran. We’ve pledged not to use our costly military presence in Iraq against any other country — the only country for which the Shiite government would waive that prohibition is Israel.

Meantime, in Afghanistan, the U.S.-backed Karzai government is desperately seeking a deal with the Taliban — the Islamist terrorists the State Department refuses to designate as terrorists. As the Wall Street Journal reports [1], the Afghan government even convened a conference of clerics to enact a resolution calling for more exacting enforcement of sharia, the Taliban’s key demand. In response, the Taliban have stepped up the pace of bombings and assassinations. They are convinced, as Karzai is convinced, that President Obama will begin pulling out next year, just as he said he would. We imagine a cozy life with a “moderate” Taliban; the actual Taliban intend on ruling with remorseless sharia.

At home, even as al-Qaeda continues its efforts to reprise 9/11, a network of Islamist organizations — coordinated by the Muslim Brotherhood and financially backed by our friends, the Saudis — proceeds with what it calls its “grand jihad” to eliminate and destroy Western civilization by sabotage. This is not a secret. The Brotherhood’s internal memoranda were seized by the FBI. They boldly announce these claims in black and white. Two years ago, the Justice Department aptly labeled the constituent organizations — including the Islamic Society of North America and the Council on American Islamic Relations — as unindicted co-conspirators in a terrorism-financing case in which several of their partners were convicted of funneling millions of dollars to Hamas. Today, those Islamist organizations are right back in business, with an open door to “engaging” government policymakers, as if nothing ever happened. In our imagination, they’re moderates, too.

One thing never intrudes on our make-believe world: the real 9/11. Before it was Ground Zero, the World Trade Center was a real place, where flesh-and-blood Americans were slaughtered — some of them leaping over 70 stories to their grisly demise because it seemed more merciful than immolation in the fires that raged within. We try not to think about that much anymore, except for a fleeting moment or two every September 11. We just imagine it can never happen again. After all, we’ve got Islam in our corner.