Greed is the most powerful tradition in college football


Once again, it is college football season. Let us all say together, "Hallelujah," because there are few things better than Saturdays in the fall, and the atmosphere in and around the sport's great rivalry games, ranging from Williams-Amherst to Army-Navy to Michigan-Ohio State. 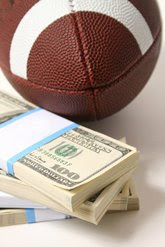 While we do that, let us also pause to give thanks for the fact that even as the Big Ten pursues even more power and dollars by expanding to 12 teams, it has decided not to carry through with the folly of moving Michigan-Ohio State from the season's final weekend. If you have any doubt at all about how foolish such a move would be, simply grab your college history books and turn to the page marked, 'Nebraska-Oklahoma,' in the chapter entitled, 'Great Rivalries Flushed by Greed.'

Greed is the word that powers college football. Those who control the sport - the commissioners of the Bowl Championship Series conferences and the presidents of those conferences' schools - would have you believe that tradition is the word that matters most. Sadly, many of college football's most cherished traditions are going the way of the wing-T.

You can start with football Saturdays. Check this week's schedule: Among those opening their season on Thursday was Ohio State. When you think of tradition, you certainly think of Thursday nights inside the Horseshoe, don't you?

College football is now played every night of the week at some point during every season. Two of the best games - Navy-Maryland and Boise State-Virginia Tech - will be played Monday in NFL stadiums.

The same university presidents who tell us that we can't have a postseason playoff in division I-A because that would be too many games for the student-athletes have contrived a system in which many big-time programs routinely play 14 games: 12 in the regular season, a conference championship and a bowl game. The 12th regular season game was created several years ago for one reason: so the power schools could schedule another home game, usually against a completely overmatched opponent, and collect another lucrative gate.

Defending national champion Alabama opens Saturday against San Jose State. In November the Crimson Tide will host traditional SEC rival Georgia the week before it plays Auburn. Oh wait, that's Georgia State, which is just starting its football program and likely to be no more than a 50-point underdog.

Clemson fans will get to pay serious money the first two weeks of the season to watch the Tigers play North Texas and in-state powerhouse Presbyterian. Nebraska will host Western Kentucky to open its season, and Thursday featured the revered traditional rivalry game between Norfolk State and Rutgers. That game no doubt brought back fond memories for Rutgers fans of Coach Greg Schiano using all three of his timeouts before halftime several years ago to try to pad a 42-0 lead - no doubt fully aware of how dangerous Norfolk State can be when down 42 points at intermission.

There's also Samford at Florida State, a game scheduled in honor of Coach Bobby Bowden, who began his coaching career at Samford, back when it was known as Howard College. The only problem is Florida State kicked Bowden into retirement before the game could actually be played.

And while we're on the subject of power schools scheduling themselves into bowl games, let's not forget Notre Dame. Do you know how many road games the Fighting Irish play this season? Three. They play seven home games, two neutral site games against Army and Navy and somehow have to actually play at Michigan State, Boston College and USC. If Brian Kelly isn't a candidate for national coach of the year with this schedule, people might become nostalgic for Charlie Weis.

There are good games this weekend. Some are even on Saturday, although a lot of the best games have been (surprise) moved from Saturday for TV.

The best of them is probably Boise State-Virginia Tech, and the BCS architects are no doubt concerned that the Broncos might actually win, run the table, and end up in the national championship game.

First off, the Broncos will have a tough time winning this game - they have to travel cross country and play what amounts to a home game for the Hokies - but if they manage to finish the season unbeaten, you can expect the usual refrain of 'There's no way Boise State would go undefeated if it played in the (fill in the BCS) conference.'

That might be true. But how can anyone make that claim when almost no one in the BCS will play Boise (or Utah or TCU, for that matter) in a home-and-home series, which would mean a road game for the big-conference school. Until someone in the Big Ten or the Big 12 or the SEC begins to schedule tough non-BCS schools home-and-home, they (and their fans) need to shut up. You want to prove Boise is overrated? Do it on the field.

In the next two years, the landscape of the sport will change radically. Nebraska will be in the Big Ten. That's certainly traditional, isn't it? Brigham Young and Utah will not be in the same conference, and the most important game of the Big Ten season will not be played on campus but inside a dome. Aaah yes, the tradition of Lucas Oil Stadium; one can almost feel it just saying the name.

So let's all be real about this: Because the greedy presidents and commissioners don't want to share the wealth, the power or the control of college football with their non-BCS brethren, there is no playoff. Because there is no playoff, millions of corporate dollars have been left sitting on the table. Because of that, the presidents and commissioners insist they must expand and re-align now because (wait for it) they need more money.

All of which means this: The next time you hear any of these people tell you the tradition of the bowls must be preserved, tell them you don't want to hear about the tradition of the Papajohn's; Little Caesars or Meineke Car Care Bowls. In fact, you might point out that the national championship game isn't even a bowl game anymore, and this season's will be played on Jan. 10 in Glendale, Ariz.!

Yup, there's tradition in college football, lots of it. But the number one tradition is greed. And there's never been more of it at any time in history than right now.

For more from the author, visit his Web site, www.feinsteinonthebrink.com.
Posted by jtf at 8:40 AM